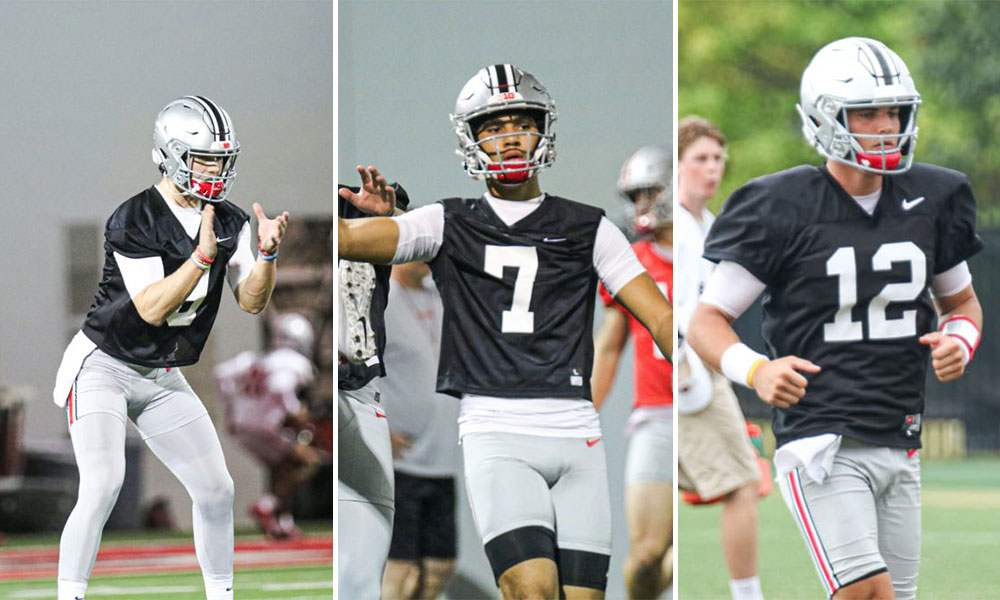 Ohio State had an incredible season last year on its way to the College Football Playoff, where it nearly beat Clemson and advanced to the national title game. Many of the key players from that team moved onto the NFL. How will the Buckeyes replace those departures? Who could step in to make plays similar to what the former Buckeyes made last season? Lettermen Row is breaking those things down. Next up: How the Buckeyes can replace Chris Chugunov as the backup quarterback.

The soon-to-be junior quarterback, a Heisman Trophy favorite and second-year starter for Ryan Day and the Buckeyes, showed some super-human plays last season, but he isn’t invincible.

Fields suffered bumps and bruises throughout the undefeated regular season last year. He played multiple games with a bulky brace on his knee and even had to exit for a few plays at different times. And that was with one of the best offensive lines in the country blocking for him.

“He’s a warrior. I’m telling you, he’s tough,” Day said after the Ohio State win over Penn State in November. “He ran the ball today. He extended plays on third down. Heart of a lion. I love that kid. He’s tough.”

He’s tough, but he isn’t unbreakable. And when he had to exit games, Chris Chugunov was called upon to manage situations and weather the storm before Fields could re-enter.

Chugunov graduated, and a new signal-caller will be tasked with coming in and draining clock in the fourth quarter against bad teams as the backup. But every once in a while, the backup at Ohio State is forced to take a much larger role. Chugunov had to extend a drive last season against Michigan, which ultimately led to Justin Fields’ Heisman-worthy touchdown throw to Garrett Wilson.

But Chugunov is gone, and the backup quarterback job is wide open. Maybe Fields will stay healthy all year and it won’t matter who the first man off the bench will be. Or maybe the backup will be called upon to win a national title — something Ohio State certainly has some familiarity with.

Who are the options for Ryan Day and the Buckeyes? Lettermen Row is diving into the quarterback room and breaking down the candidates for one of the most important backup jobs in the country.

Gunnar Hoak: None of the quarterbacks benefitted from a lack of spring practice reps, but Hoak should feel confident heading into fall camp about his chances of being the No. 2 quarterback for at least the first few games. Hoak played in five games for the Buckeyes a season ago and had a touchdown pass, and he’ll join Fields as the only two quarterbacks with game experience on the roster. Could that be a built-in advantage or will the talent of Stroud or Miller outlast Hoak’s experience? 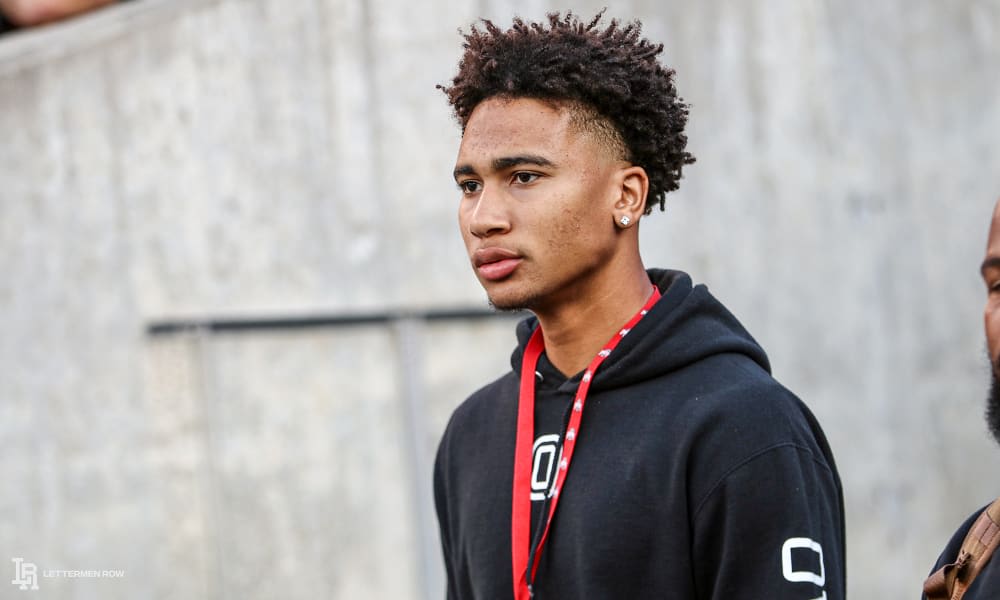 C.J. Stroud: One of the talented freshman quarterbacks is C.J. Stroud, who had a late rise up national recruiting rankings until signing day, when he earned his five-star status. The winner of the Elite 11 quarterback camp, Stroud is a dual-threat option for the Buckeyes who could be the face of the program after Fields moves onto the NFL. He certainly has the raw skills and talent to be a good backup option, but the missed reps in the spring don’t help his cause. Can he make up for lost time and claim the job behind Fields?

Jack Miller: An Ohio State pledge since July 2018, Jack Miller has been waiting to compete for the Buckeyes for a long time, and he’s stuck waiting a little longer than expected due to the shutdown. Miller and Stroud will be going against each other in the quarterback room this offseason for the first time. But it might not be the last. Miller has tremendous size, he’s gaining strength and he looks like he has the build and arm strength to be a Big Ten quarterback. Ryan Day recruited him for a long time. Is he the guy for the future of the program?

If the season starts on time, it’s hard to pick against Gunnar Hoak as the No. 2 quarterback behind Justin Fields. He has the experience on the field and understands the playbook after a season of learning last year behind Fields and Chugunov. The Kentucky transfer Hoak enters with a leg up on the other two quarterbacks, but for how long?

Fields and Hoak will only be at Ohio State for one more season, meaning Miller or Stroud will likely be the starter in 2021. One of them could get a head start on seizing that job from the other with a good fall camp and a bump to the backup job mid-season, but don’t bank on that happening at any point early in the year. If Fields needs a play or two off — or if the Buckeyes have a huge lead in the second half — Hoak will likely be the guy Ohio State turns to early in the year.