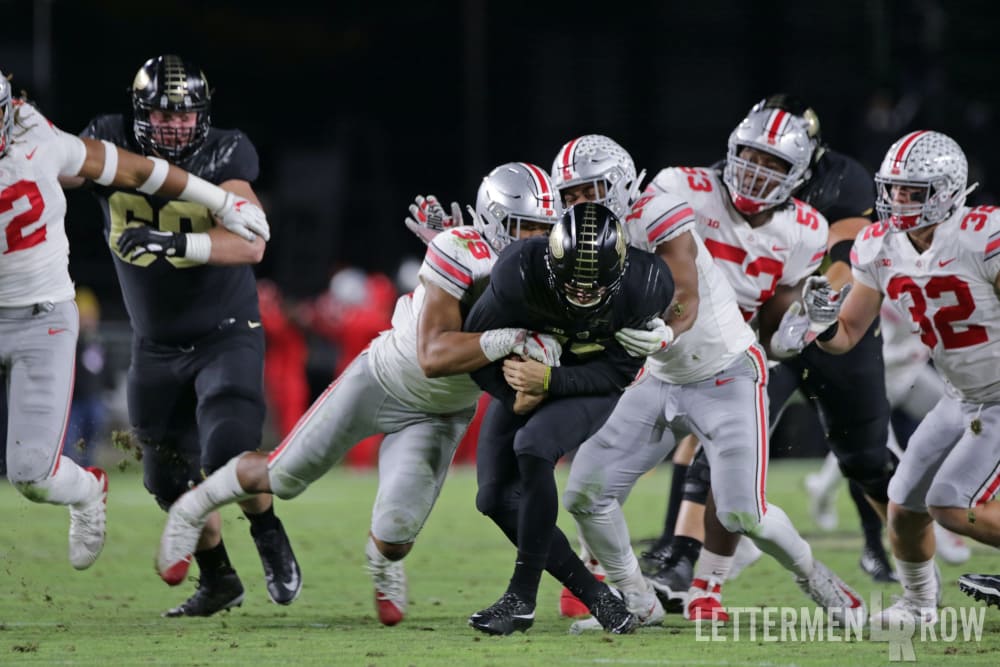 Ohio State could possibly have a second crack at Purdue in the Big Ten championship game. (Birm/Lettermen Row)

The speculation, debate and conversations about Ohio State never end, and Lettermen Row is always ready to dive into the discussions. All week long, senior writer Austin Ward will field topics on Urban Meyer and the Buckeyes submitted by readers and break down anything that’s on the minds of the Best Damn Fans in the Land. Have a question that needs to be tackled, like the possibility of a rematch with Purdue? Send it in right here — and check back daily for the answers.

How likely is it that Purdue makes it to the B1G Championship game for a rematch?

Considering the way it started the season, it would have been hard to imagine a scenario where Purdue emerged as a viable threat to win the West Division and play for a Big Ten title. Among the three consecutive losses to start the season was one at home to Northwestern to open the year, which might not have seemed like a big deal at the time but is now a potential factor in a head-to-head tiebreaker. The Boilermakers don’t control their own fate and will need a bit of help, but it’s definitely fair now to consider them a legitimate contender in what is shaping up to be a wild race on that half of the league.

As for the other side? Ohio State also has some work to do if there’s going to be a second round with Purdue and a shot at revenge. But the Buckeyes at least won’t need any outside assistance assuming they can make the most of this off date and bounce back with a perfect November — which could be capped with the East crown by winning The Game at the end of the regular season.

Ohio State obviously has issues that need to be addressed, but it certainly helps to have one of the most talented rosters in the nation to work with moving forward. There are legitimate reasons why the oddsmakers still have the Buckeyes listed among the top contenders for the national title even after the upset loss last weekend, after all. The schedule is manageable even with a road trip to Michigan State looming and improving Michigan coming to the Horseshoe. Ohio State has proven it can bounce back better than before after a loss. And Dwayne Haskins gives the Buckeyes a shot in any game they play.

Now, Haskins needed a bit more help at Purdue despite setting the school record for passing yards in the loss, particularly in the red zone. But if the Buckeyes could face that suspect defense again with another month of potential improvement under their belts and on a neutral field, they would certainly be favored despite what just happened at Ross-Ade Stadium. 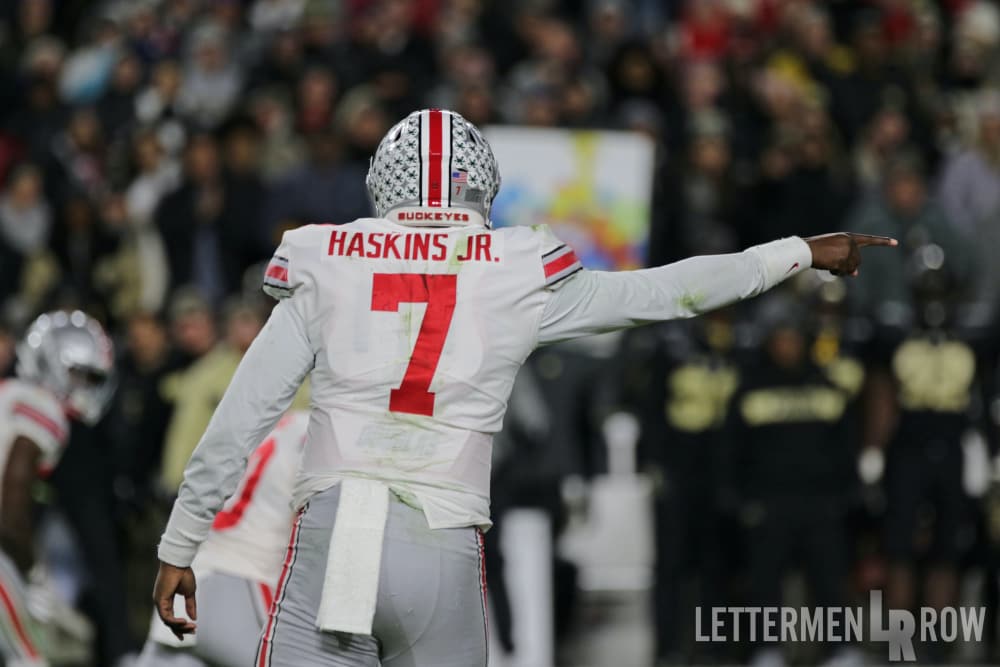 And it’s certainly within reason to think the Boilermakers have what it takes to hold up their end of the bargain for a rematch. There are two major tests coming down the stretch for Purdue inside the division, although both Iowa and Wisconsin have to go to West Lafayette. The Boilermakers also have the same tough road test as the Buckeyes coming as they head to Michigan State on Saturday. Given that massive confidence boost Purdue just received from knocking off the No. 2 team in the nation, this certainly doesn’t seem like the time to be betting against it.

Obviously plenty can change in college football just in the span of a week, let alone a month. Maybe it’s not the most likely outcome, but Ohio State-Purdue, Vol. II certainly can’t be ruled out at this point as the matchup that settles the Big Ten championship.