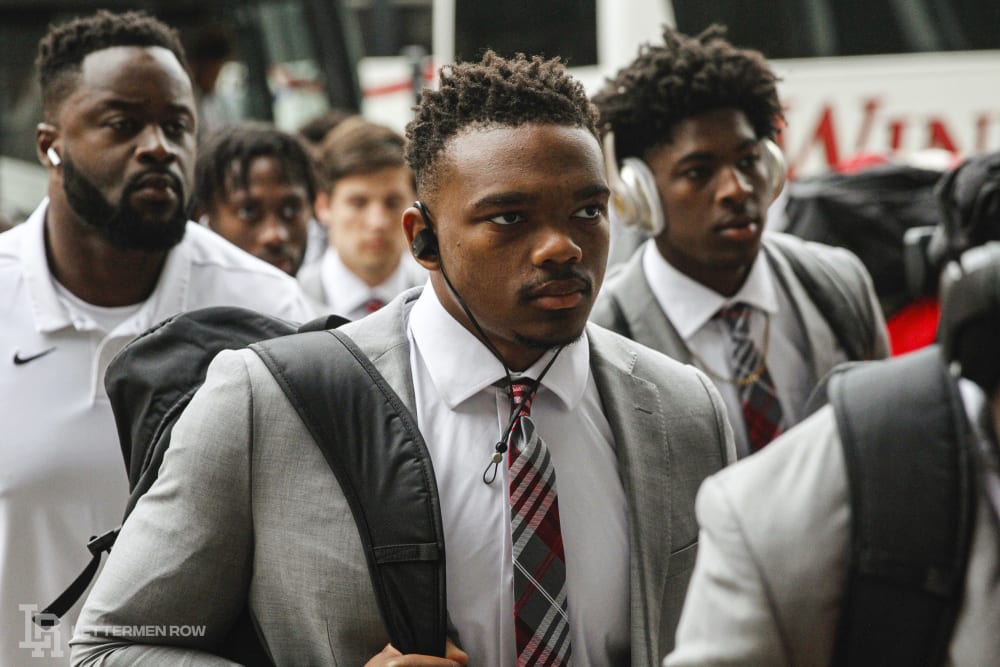 Master Teague was among the Ohio State players to speak out. (Birm/Lettermen Row)

COLUMBUS — Suddenly, it seems like the late 1960s all over again, but not in a good way.

There is unrest across the country due to the high-profile killings of several African-Americans by either law enforcement or law enforcement types. The nation is in a fight against the Covid-19 virus, the impact of which has left more than 100,000 dead. Unemployment is at historic levels because of the slowdown brought on by the Covid-19 battle, and the United States just launched men back into space for the first time since 2011.

The George Floyd killing by a Minneapolis policeman, captured on video for all to see, and the Ahmaud Arbery killing by a neighborhood vigilante in Georgia, also caught on video, have led to protests across the country — some exacerbated by acts of violence, arson and looting that seem to have an ulterior motive — and a police response to such.

It’s a challenge to absorb it all.

Ohio State players have clearance Monday to return to the Woody Hayes Athletic Center to take part in voluntary workouts there for first time since early March, when the facility and the rest of the school were shut down in response to the spread of Covid-19. The groups will be restricted to 10 people at a time to begin with. There will be no mass gathering for a while.

But there is no doubt the Buckeyes players, predominantly African-American, will have much more than just a desire to prepare for the 2020 season on their minds.

“This is probably as unique of a time as I have ever seen, probably as unique of a time as any of these guys who are returning have ever seen,” former Ohio State linebacker Joshua Perry, a member of the 2014 national title team and an analyst for the Big Ten Network, told Lettermen Row. “I think part of it is going to start with coaches gathering players together just to talk about what’s going on in the world. Additionally, the players are probably going to have a little bit of a talk with each other, and how everybody is responding to it.”

Just like the simultaneous racial unrest and the protests to the Vietnam War in the late 1960s, even as the U.S. was sending men to the moon for the first time, this is, as Perry said, a “unique” time, and over the weekend it hit home with protests and violence in the streets of Columbus.

“I don’t think this is something where guys will return to (workouts) and ignore it,” Perry said. “The last week I feel like I haven’t been able to stop thinking about it, the way this has hit Columbus specifically.”

Several players have gone to Twitter to express thoughts the past few days, not the least of whom was running back Master Teague III.

“Let’s respond to injustice, but it’s how we respond that makes the difference,” Teague wrote, headlining a message in which he urged all to “sow positivity” because to “respond with compassion in a way that’s constructive, I believe that we will have a positive result.” 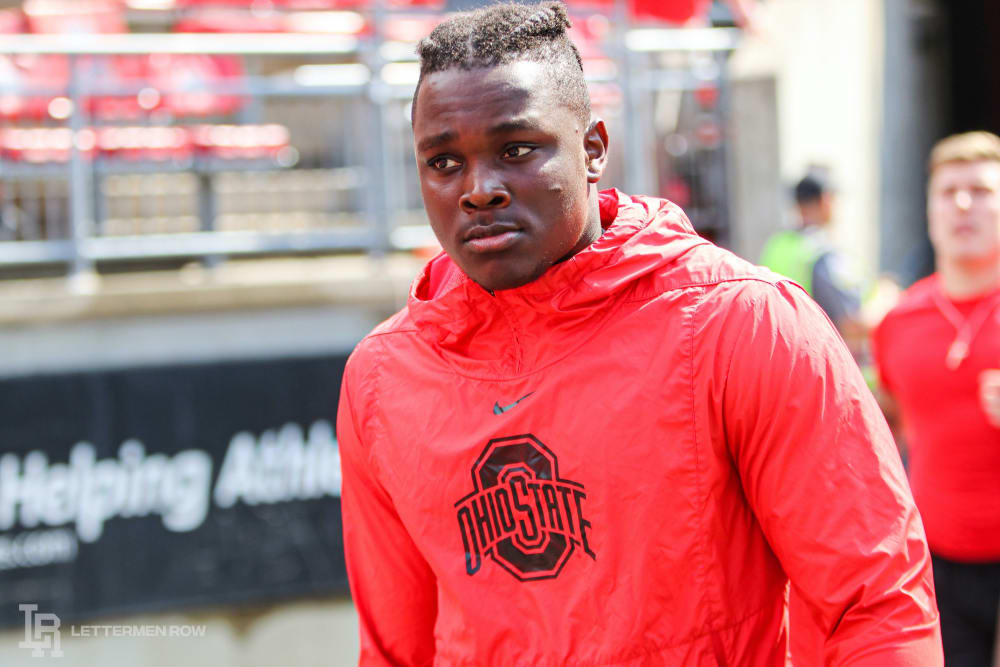 Teradja Mitchell is one of the many Buckeyes to speak out. (Birm/Lettermen Row)

Teague and Mitchell are African-American, as is OSU athletic director Gene Smith, who put out a message recalling how his mother suffered the indignities of growing up in the south in the Jim Crow era, only to see her son rise to become a major figure on the national scene in college athletics.

“Now as I cherish my children and grandchildren, I call on all of us to make their world a place where where what happened in New York and Minnesota this week is not tolerated,” Smith wrote. “A world where equal justice for all is a reality.”

Ohio State coach Ryan Day leaned on an unattributed quote to get his point across.

Former Ohio State coach Urban Meyer established “Real Life Wednesdays” when he took over the Buckeyes in 2012, setting up mini-seminars for his players in which they were exposed to professionals and leaders from all walks of life, something Day has continued. Back in 2016, with the USA facing a critical national election, Meyer devoted four of those sessions during the month of May to the history of the struggle and fight by African-Americans to gain a voice, voting rights and equality in the country, and how important it was for the current generation to exercise those rights.

Perry took part in a similar session in 2017.

“I came back to talk about some of the social issues we were having, along with Dr. Robert Bennett III, who was a professor at Ohio State and is now at Denison,” Perry said. “The fact of the matter is, I think the players are in good hands, they’re in a good place.

“You look at the makeup of the coaching staff. You’ve got Tony Alford, Al Washington (Jr.) and Larry Johnson (who are African-American). Coach Johnson is an older guy who has seen a ton. Coach Alford and coach Washington are vocal guys who have strong beliefs, and having those guys on the staff definitely drives a feeling within the locker room.”

Then there is Day’s experience in his one year as quarterback coach of the San Francisco 49ers in 2016.

“Ryan obviously was around Colin Kaepernick,” Perry said, referencing the 49ers quarterback who that season sparked a movement by taking a knee during the National Anthem. “Coach Day has seen it up close. He has seen what it can do to a locker room when you’re not able to have a platform to discuss these things.

“So I think he is well prepared, and I think he’s got the best intentions in terms of supporting his student-athletes, because that’s his No.1 job.”

Perry is interested in seeing how the players respond, because he knows they understand this is a unique moment in history.

“What’s good about our players being back is it will provide some much needed voices and stability to the city, and hopefully they can influence folks to still use their social power to achieve good, and to further the message of black lives are under duress to a more serious extent than probably any other lives in America,” Perry said. “But also (bring awareness to) the destruction of property, the fact that people are so anti-establishment, anti-authority right now is not necessarily the best way to get things done.”