Connect with us
Loading the player...
Ohio State parents held a rally at the Horseshoe on Saturday. (Sammy Silverman/Lettermen Row)

COLUMBUS — This was a different kind of fall Saturday at the Horseshoe for Ohio State.

There was no game, no band, no packed crowd to watch the Buckeyes play in the stadium that has held them for nearly 100 years.

This was outside the stadium, at the rotunda with fewer than 300 parents and fans. The parents of Ohio State football players gathered for a rally, to ask for transparency from the Big Ten, plans of a path forward and honesty. They gathered with the hope of salvaging a college football season that has been canceled by the league.

Randy Wade, the father of Buckeyes preseason All-American cornerback Shaun Wade, was one of the heads of the rally. Amanda Babb, the stepmother of Kamryn Babb and the president of Football Parents at Ohio State, also organized. And for nearly 30 minutes, parents of players from across the country voiced their disappointment with the Big Ten and commissioner Kevin Warren, while praising the Ohio State athletic department, coaching staff and administration. 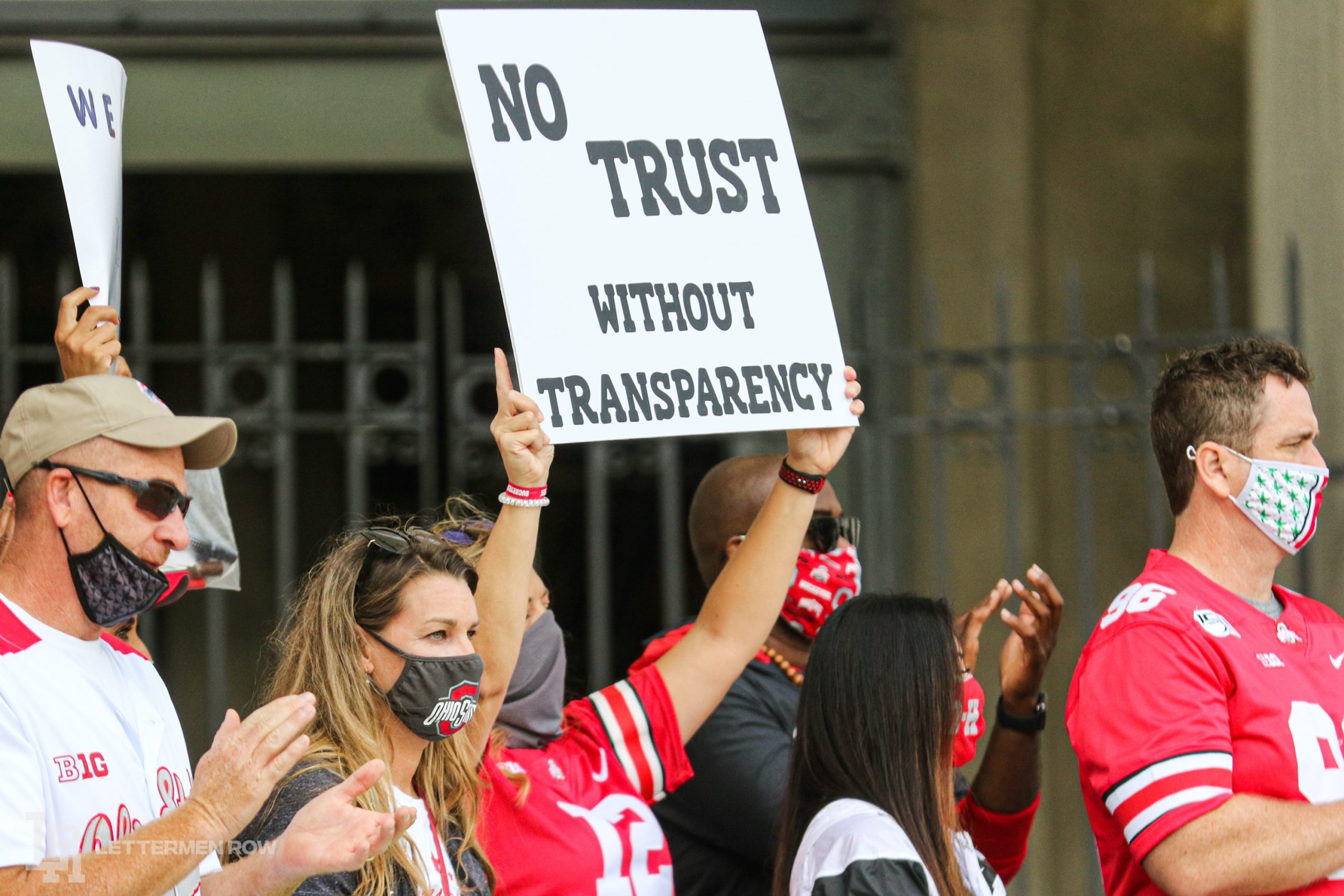 Among the loudest voices was Gee Scott Sr., the father of Gee Scott Jr. who came all the way from Seattle, Washington, to make his voice heard, asking for more from a conference he and the parents expect a lot of. And asking tough, open questions to the Big Ten commissioner Warren.

Maybe the rally won’t have any impact on a reversal of a fall football season. But the parents at Ohio State aren’t going down without a fight.

And they won’t stop demanding answers from the people who had a hand in turning Saturdays at Ohio Stadium this fall into rallies instead of games.