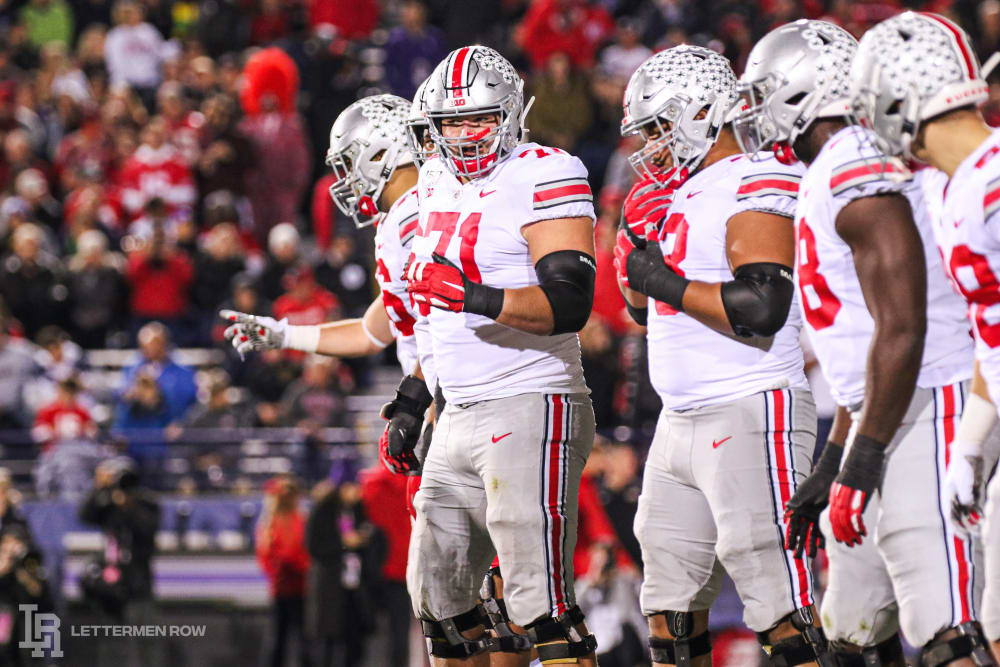 The Ohio State offensive line will be a key to the run game success. (Birm/Lettermen Row)

COLUMBUS — Ohio State has a difficult road ahead when trying to replace J.K. Dobbins, the first 2,000-yard back in program history.

The Buckeyes have plenty of running backs in place to find production, and they added graduate transfer back Trey Sermon to boost the room, a good piece of news to ensure they’ll have what they need.

But the best news for the run game this offseason came before the offseason even began when Josh Myers, Wyatt Davis and Thayer Munford all announced at Fiesta Bowl media day they would be back for another season. Now with only two starters to replace along the historically good Ohio State offensive line, the run game can thrive.

And the offensive line could be even better than it was a year ago, when it was a finalist for the Joe Moore Award.

“I have all the confidence in the world in any of those guys getting in the game and playing,” Myers said of the two new starters, whoever they may be. “I think we’ll be better because of that and because of the culture we instilled last season and the expectation. It became the expectation and not the exception. Anything short of us all grading out as champions and dominating was considered a failure. I think the young guys took note of that and are running with it and trying to hold themselves to that level.” 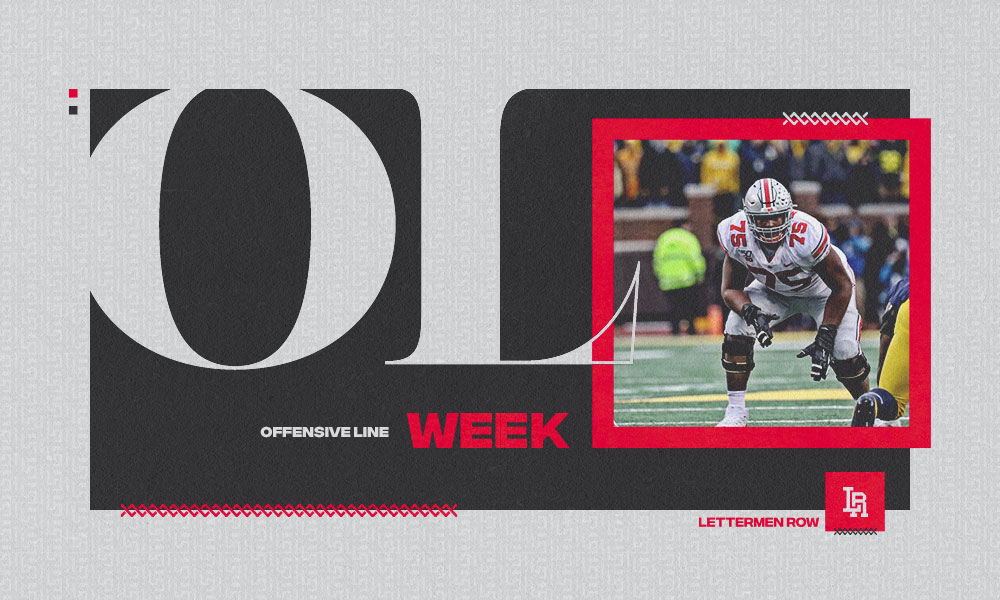 The two new starters for the Buckeyes will have Myers, Munford and Davis to rely on for anything they may need. Myers and Munford are All-American hopefuls, while Davis has already earned his All-American status and figures to do it again. Last season, with Branden Bowen and Jonah Jackson, they dominated every defensive front on the schedule in helping Dobbins to the 2,000-yard mark.

But before that could happen, the Buckeyes had to come together as a cohesive offensive line unit, which it eventually did on the way to the Big Ten title. And this unit already looks better than it did last year at this time.

“I just felt like as a unit, we were taking such huge strides [this spring] getting to a [solid] place — [compared to] last year’s spring ball, Josh can attest to this, we were at a very rough spot,” Davis said. “After the first practice [this spring], I felt like whether it was the first team, second team or third team, guys were getting after it, going against the defense.

“I do truly believe that we can be better than we were last year because that culture that was instilled with last year’s offensive line, which was playing nasty, physical and just trying to dominate. You can see that in young guys.”

Young guys are likely to be the the difference between a good offensive line and a great one this season. If Nicholas Petit-Frere can be the answer at right tackle and Harry Miller lives up to his hype as a dominant interior option moving forward, Ohio State could be even better.

But if they struggle, the Buckeyes will struggle early in the season.

Petit-Frere and Miller both have big openings to fill. Miller will be replacing Jackson, who led the Buckeyes in knockdowns and paved the left side of the offensive line for Dobbins to run behind against some of the country’s best defenses.

Ohio State pushed the best defenses in the Big Ten around.

Both are former five-star prospects and have the talent to become key pieces of the run game moving forward. Neither have won the job yet, though, as plenty of talented offensive linemen behind them are vying for the openings.

“We’re trying to find the best five guys to play,” Ohio State coach Ryan Day said last month. “And Thayer [Munford], Josh [Myers] and Wyatt [Davis] are obviously returning. So now we’ve got to find the next — we’ve got to find No. 4 and 5. However that shakes out, we’ll try to figure that out.”

What the Buckeyes don’t have to figure out is how they can have a sound run game, a staple in Day’s offense. The backs aren’t as experienced as Dobbins was last year, and maybe none of them will have a season like Dobbins did a year ago.

But Ohio State shouldn’t have any issues running the ball behind one of the country’s top offensive lines.