COLUMBUS — Harry Miller has known his path at Ohio State since he enrolled.

So last season, he learned how to play center at a high level as the backup for one of the best at the position in the country, Josh Myers. And like many Buckeyes interior offensive lineman before him, Miller will likely slide over from guard when his Rimington-candidate teammate moves on to the NFL.

For now, the developmental plan from five-star center prospect to All-American is in place. Miller will start his first career game Saturday when the Buckeyes host Nebraska. He’ll be playing guard beside Myers. It’s all part of the plan for Miller, one of the highest-rated interior offensive lineman to ever choose the Buckeyes.

Miller’s progression is in its second phase.

“That’s the first thing: [Getting it] mentally — and that’s why you tend to have those guys in that position of center because they learn everything” Ohio State offensive line coach Greg Studrawa said of Miller. “And then you can move them out and expand them out, and then at the same time, you’ve already developed a young player at center to possibly go there later on. That’s No. 1. The mental aspect of it. No. 2 was much like Nick [Petit-Frere], during this pandemic when [Miller] was home, he had a place to workout, he had someone to train with and he is so much, the numbers in his lifts when he got back blew the numbers when he left away.

“That was the second thing: He’s powerful now. He’s about 315 pounds now, he’s really strong, his lower body got extremely strong and gave him the ability to play that guard position and handle three-techniques. His development during this time was just critical.” 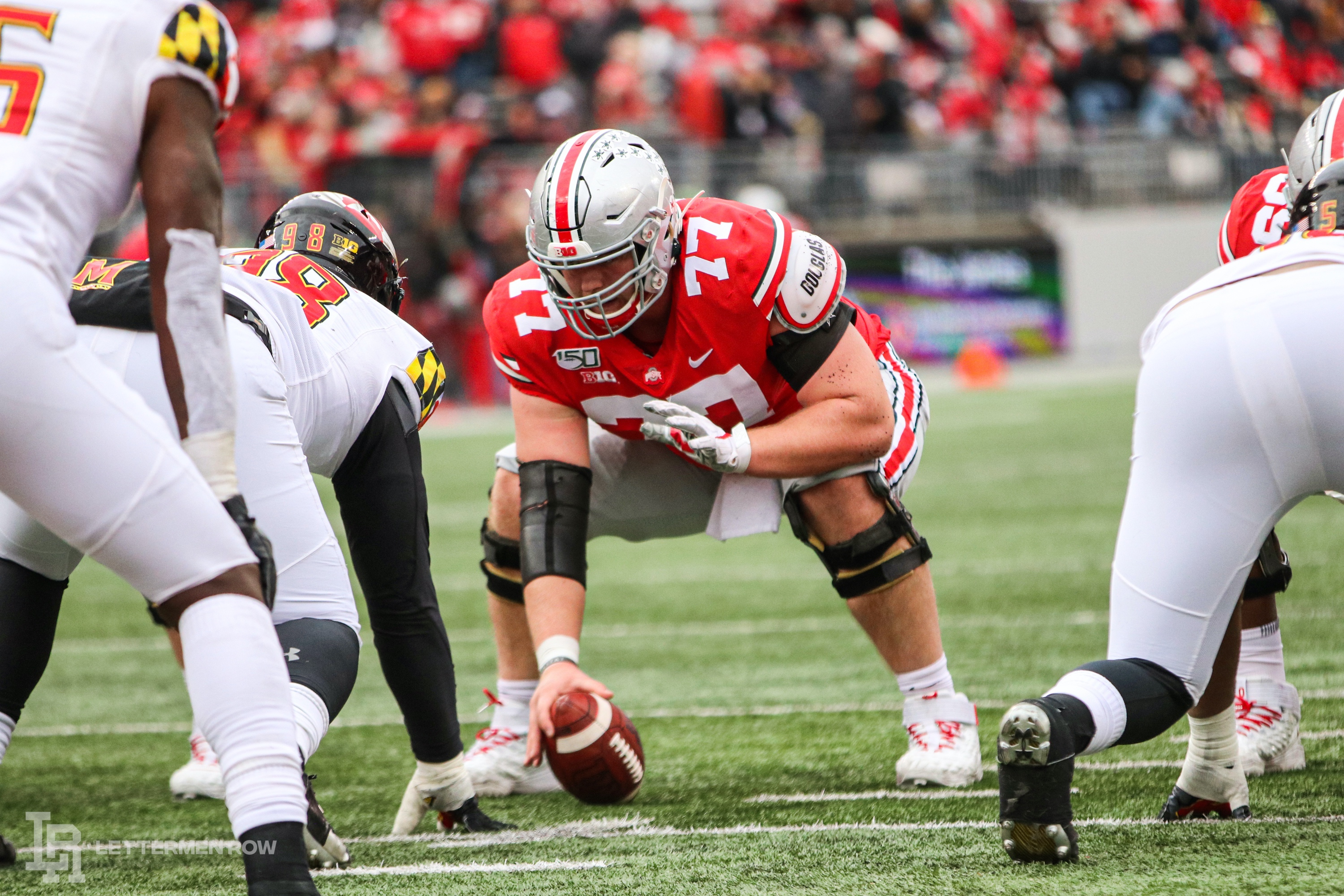 Last year when playing center, Miller learned the mental aspect of playing on the inside. Calls. Protections. Blocking scheme. Even a 4.0 student like Miller needs time to process all that information quickly at the line of scrimmage. Learning is what the first year in the program is all about for the Buckeyes.

Then the offseason came, and Miller went to work on his physical traits. After a long layoff away from the Woody Hayes Athletic Center due to the pandemic, Miller showed up stronger and in better shape. He’s ready to fill in at guard before presumably heading back to center next year.

“Harry’s done a really good job right from the jump,” Ohio State coach Ryan Day said. “He came in at center, he’s now playing guard. And I think both of those positions, he’s done a good job. He’s learned the calls. One of the hardest things to do is come in as a young freshman and play center. But it really helps because you understand the protections, you understand the calls, the run game. He did that last year.

“Then he got stronger and did a great job of changing his body during the offseason, getting stronger.” 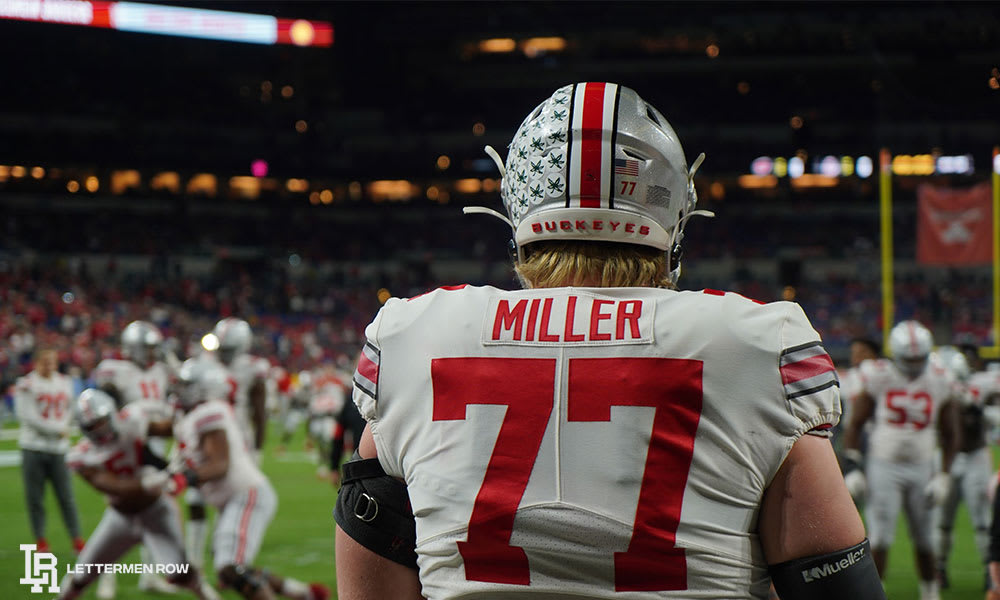 Harry Miller is making the switch to guard for Ohio State this season. (Spencer Holbrook/Lettermen Row)

Miller, who will take over for all-Big Ten guard Jonah Jackson, is one of two new starters along the Buckeyes offensive line this season, joining Nicholas Petit-Frere, who is replacing Branden Bowen. The unit was among the best in the country last season. But as Miller and Petit-Frere, two former five-star prospects, file into the starting lineup, this year’s edition of the offensive line could be even better than a year ago when J.K. Dobbins rushed for 2,000 yards and the offense picked up yards whenever it wanted.

“I was so proud of the guys last year because I thought that was one of the best lines in the country in how they played last year,” Studrawa said. “I think these guys can be better. That’s our goal. Our goal is to take what we did last year and be better.”

The Buckeyes can’t be a better offensive line this season unless Miller lives up to his hype and plays at a five-star level. The center-turned-guard has a huge responsibility this season.

He’s been building toward this moment since he committed to Urban Meyer and the Buckeyes back in the summer of 2018. But this moment, his first career start for the Buckeyes in Ohio Stadium isn’t the end goal. It’s just another step in Harry Miller’s progression to becoming an All-American.

“The last couple months, he’s done a good job of stepping in there and making sure that his game is where it needs to be in terms of playing for a Big Ten championship,” Day said. “Everybody is still a work-in-progress.

“We’re still getting there, but he’s done some really good things over the last calendar year.”