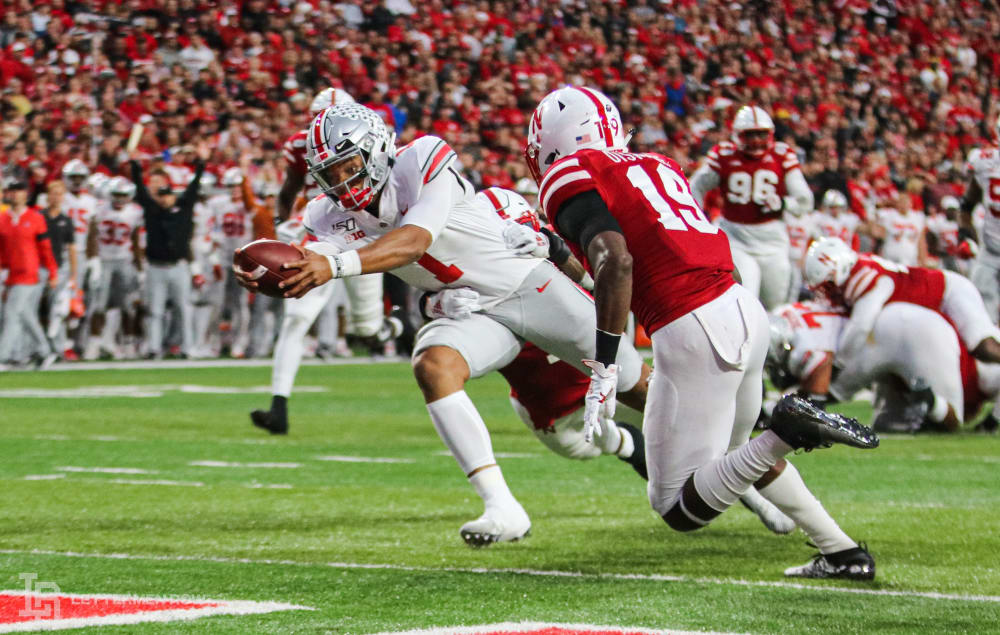 Justin Fields and the Buckeyes are heavily favored over Nebraska. (Birm/Lettermen Row)

COLUMBUS — In a year that is expected to be different than any other in memory, some things remain the same for Ohio State.

The Buckeyes will have no crowd, fewer typical traditions and fewer games this fall. All of that is different from the past. But the sense of normalcy comes from the field, where the Buckeyes are picked to win the Big Ten in runaway fashion. And they’ll start the season as a heavy favorite over Nebraska inside Ohio Stadium on Saturday.

Ohio State is a 26-point favorite over the Cornhuskers, according to the folks at BetOnline.ag, in the Big Ten opener set for Saturday at noon on FOX. The first game of the year is the first hurdle on the Buckeyes path to another College Football Playoff appearance.

Ohio State is 4-1 against the spread in its five wins over Nebraska since the Cornhuskers joined the Big Ten. Nebraska has one outright win, coming in 2011.