On a day the Buckeyes were without their top receiving target, Justin Fields was off his game and the Northwestern defense was finding success shutting down a typically high-octane passing attack, Sermon went to work. And his most productive day in an Buckeyes uniform propelled him to an Ohio State single-game rushing record. Sermon surpassed Eddie George’s 25-year record with 331 yards on the ground and two rushing touchdowns.

And his massive, record-shattering game Saturday gave the Buckeyes their fourth-straight Big Ten championship with a 22-10 win over No. 14 Northwestern inside Lucas Oil Stadium.

“I was able to just get in a groove and keep it rolling,” Sermon said. “My teammates were there to support me, so it kind of made it easy for me.”

Sermon ran for short gains with power. He ran through arm tackles to get into the open field. And he was a speedster with home-run ability once he got there. The Ohio State offensive line blew open huge holes for the transfer running back, and Sermon did the rest.

Without Sermon, the Buckeyes offense may not have found a way to move the ball. Fields had arguably his worst day as an Ohio State quarterback and the Wildcats had the defending conference champions on the ropes. But with Sermon and his 11.4 yards per carry, the Buckeyes just had to hand the ball off consistently and let him move them down the field.

“Trey had a lot of explosive runs out there,” Fields said. “I mean, he played his ass off.

“He did a great job today.”

Sermon was the catalyst for the Buckeyes fourth-straight Big Ten crown, but he wasn’t the only Ohio State star to dominate in Indianapolis. Lettermen Row is handing out Buckeye Leaf awards for the top performances. 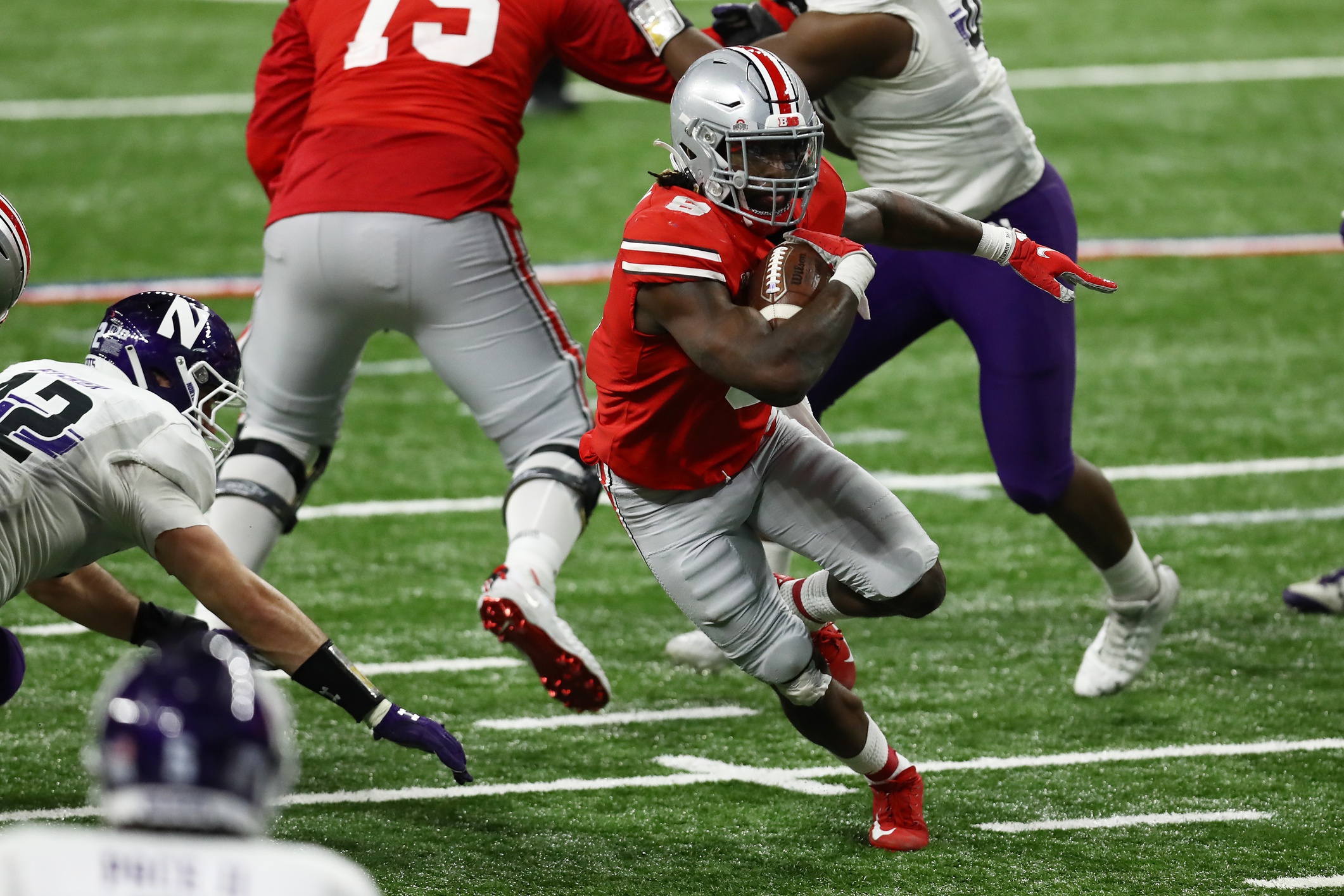 Trey Sermon had success early on the ground for the Buckeyes, totaling 60 yards on the ground in the first half. The he took over in the second half. While Justin Fields and the Buckeyes offense struggled to pass the ball without Chris Olave and Jaxon Smith-Njigba, Sermon took control on the ground with 274 second-half rushing yards and two touchdowns. His 331 yards were enough to surpass Eddie George’s single-game Ohio State record. And Sermon picked a great day to have the program’s best outing on the ground. He lifted the Buckeyes to their fourth-straight Big Ten crown. 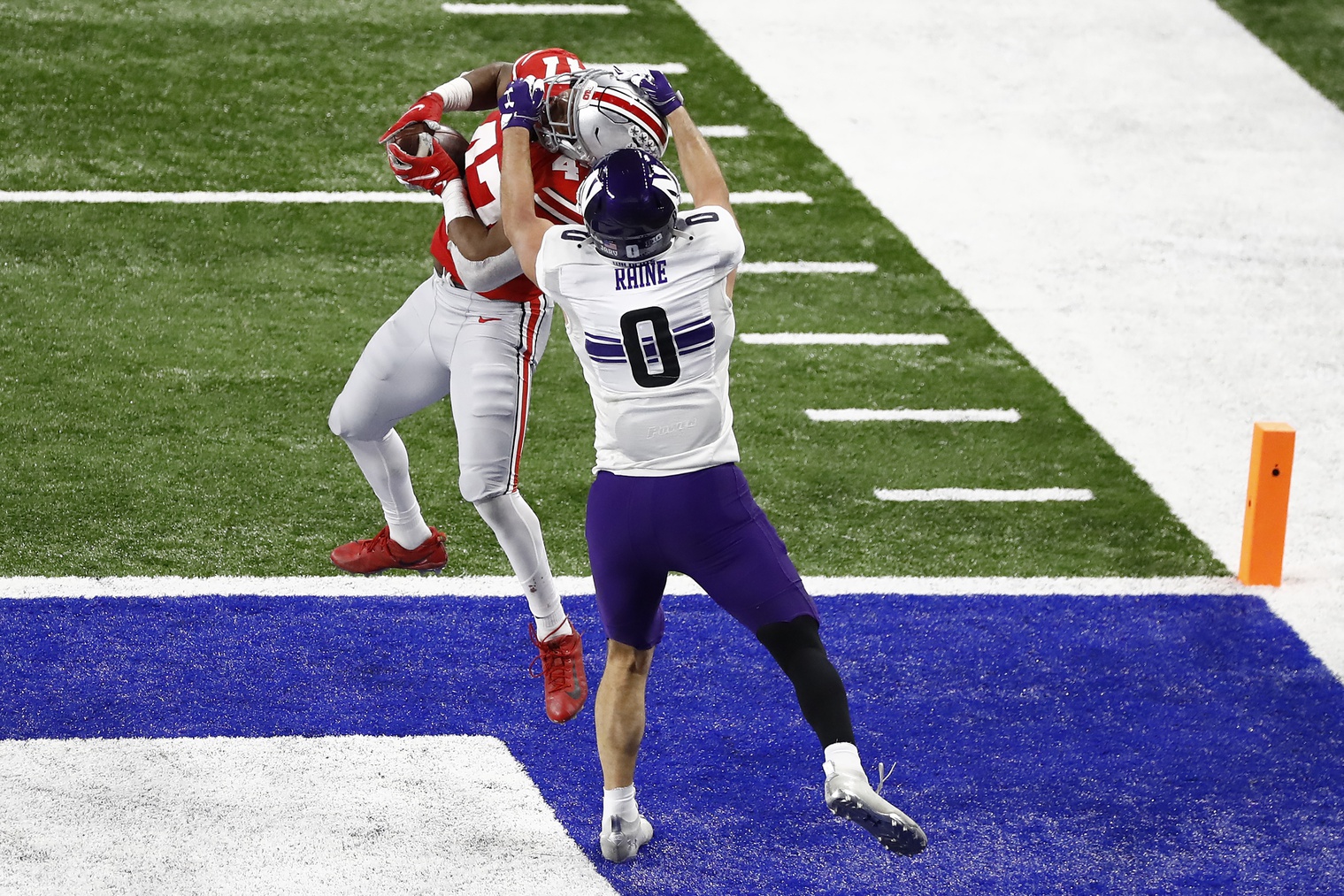 Justin Hilliard saved his best Ohio State performance for the Big Ten title game in his sixth season. The journeyman linebacker was thrust into a much larger role while the Buckeyes were without Baron Browning, and he made the most of the expanded opportunity. Hilliard collected a fumble to give the Buckeyes the ball back. He picked off a Peyton Ramsey pass in the end zone for a touchback. He had two tackles for loss and nine total tackles. The Silver Bullets defense was incredible in the second half, and Hilliard was leading the charge, just as a sixth-year captain should do. 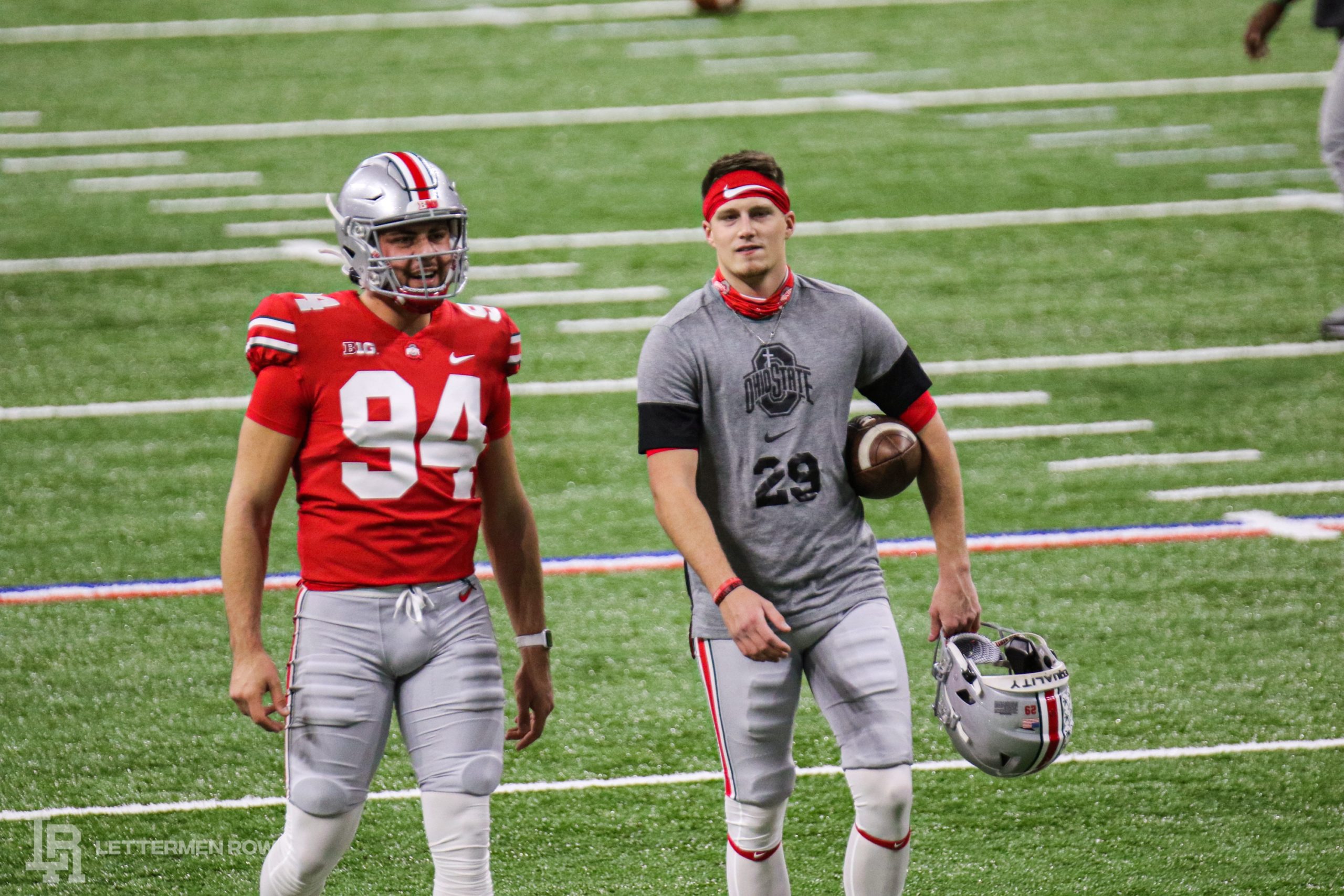 Zach Hoover filled in at punter for Ohio State on Saturday. (Birm/Lettermen Row)

With the announcement that starting punter Drue Chrisman, a second-team all-conference selection, was out with COVID-19, walk-on punter Zach Hoover had to step into the biggest game of his life. And he certainly delivered. Hoover pinned the Wildcats inside their 5-yard line twice during the Big Ten title game, helping Ohio State flip the field and setting the defense up with chances to keep the Northwestern offense down. Hoover filled in as well as he could have for Chrisman, and he was undoubtedly an unsung hero for the Buckeyes.