Connect with us
Ohio State center Josh Myers has made his decision regarding the NFL draft. (Birm/Lettermen Row)

COLUMBUS — Ohio State will officially need to break in a new center for next season: Josh Myers has declined to use his last year of eligibility and will enter the NFL draft.

The Rimington Trophy finalist as one of the best centers in the country, Myers announced his intentions to leave the Ohio State football program and enter the draft in a social media post on Friday evening.

Myers has been the leader and apex of the Ohio State offensive line for two seasons, allowing the unit to be in the running for the Joe Moore Award twice and lead one of the best offenses in college football. Myers was named a first-team all-Big Ten selection by the coaches and a second-team all-conference performer by the media as the Buckeyes captured their fourth-straight Big Ten title and second-straight College Football Playoff appearance.

He has been projected to be one of the first centers to come off the board in the first two rounds of the draft by most analysts.

Now after two seasons with Myers leading the offensive line, the Buckeyes will have to turn to one of their other talented, highly-recruited centers to replace him. Ohio State has a pair of options with former five-star center Harry Miller and former highly-touted four-star offensive lineman Luke Wypler, among others. 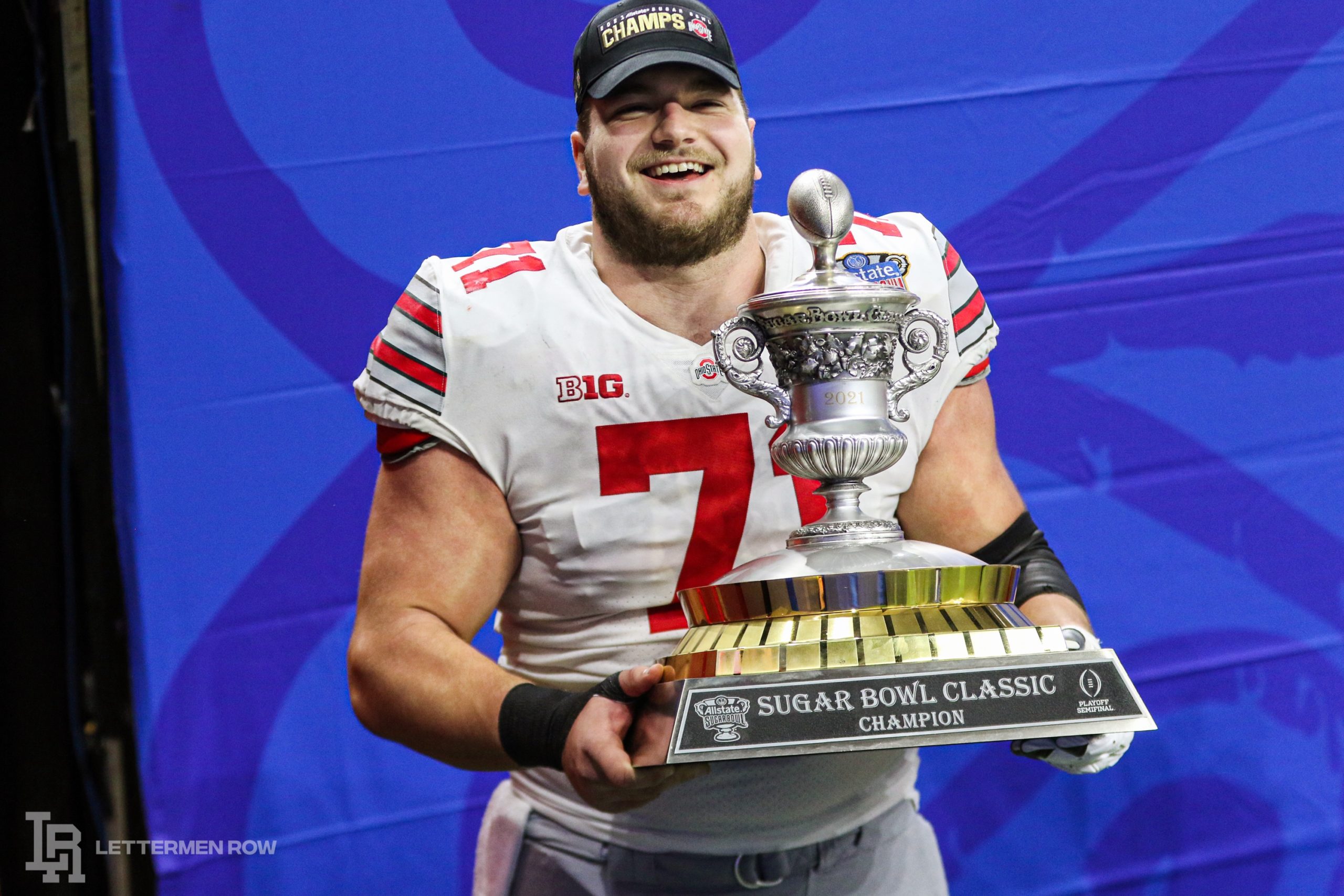 But replacing a two-year starter on the offensive line won’t be easy for the Buckeyes, regardless of the talent they recruit and the options available who are already in the program. Myers has meant a lot to the success of the offense for the last two seasons.

“We just went through such a similar grind,” Ohio State guard Wyatt Davis said of Myers. “And to now be able to do the type of stuff that we’ve done — I mean, he’s a Rimington finalist, and honestly, I couldn’t be more proud of just how he’s grown, not only as a player, but to me as a brother and a friend. It’s been really cool just to see the evolution of Josh Myers take off.

“It’s been great, and I’m really excited for the future he’s going to have as far as football goes.”

That future is bright, but it won’t be at Ohio State. Josh Myers is officially off to the NFL.