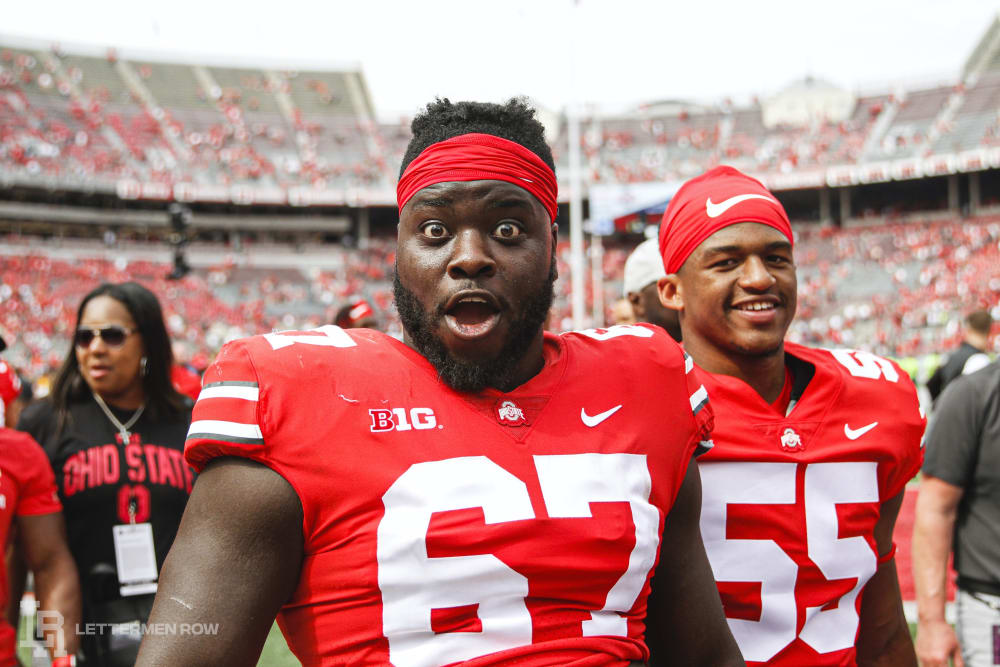 The Buckeyes put on a shocking display in the first quarter against Florida Atlantic. (Birm/Lettermen Row)

Columbus — It didn’t take long for Justin Fields and the Ohio State offense to show a glimpse of its potential.

With just over seven minutes off the Ohio Stadium game clock, Fields had thrown three touchdowns and run for another — a 51-yard jaunt on his first career carry with the Buckeyes — launching Ohio State to a 28-0 lead in the blink of an eye.

Though the Buckeyes offense would level off, their defense was taking off throughout most of the first half, surrendering a late-first half field goal — following a turnover — but still holding Florida Atlantic to negative yards in the first half.

Ohio State didn’t light the world on fire in the second half, but in Ryan Day’s debut as the full-time head coach of the Buckeyes, they did enough. Fields threw four total scores — two of them to sophomore tight end Jeremy Ruckert — and accounted for 295 total yards while playing most of the game for the Buckeyes.

Lettermen Row was on the field for the season-opener and has the views from the sideline. Check out the photos below. 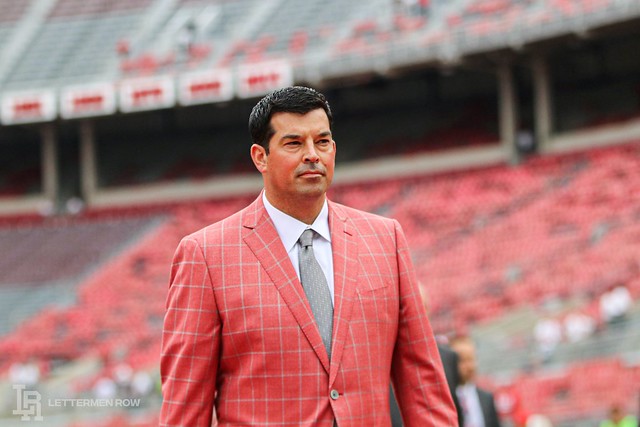