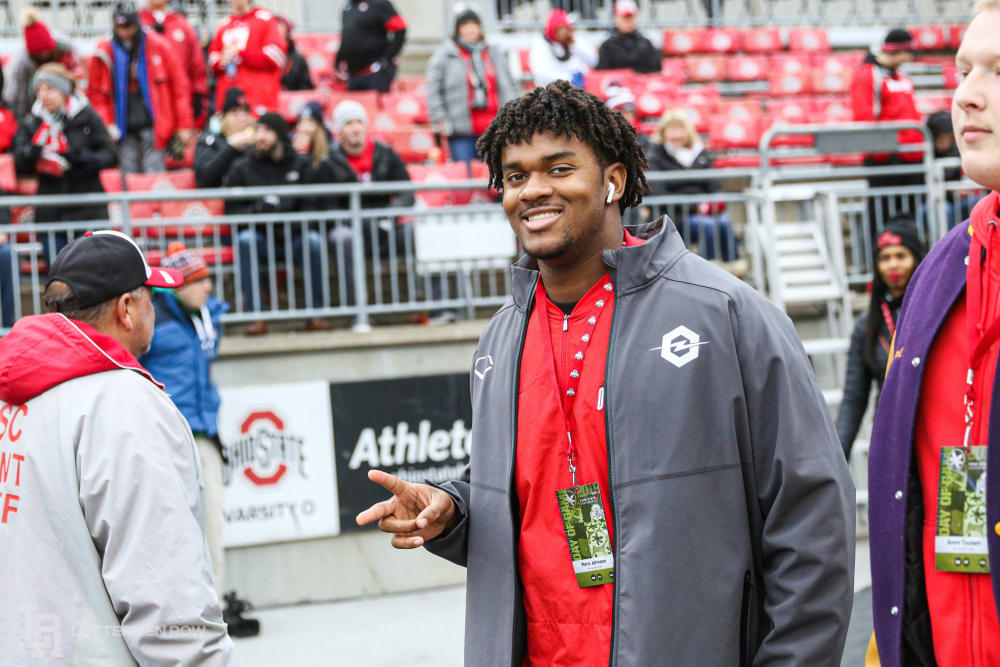 Ohio State tackle Paris Johnson is one of the 14 early enrollees. (Birm/Lettermen Row)

COLUMBUS — Mickey Marotti has been around a lot of freshmen making the transition from high school to Ohio State.

The Ohio State strength coach has seen various players enroll early, but this year’s group of players who joined the program in January is much different. It’s just a massive group.

“You’re talking about the largest mid-year group that I’ve ever been involved with,” Marotti said in January. “That’s a lot of years and a lot of guys. From a size standpoint, it’s pretty impressive. From a togetherness standpoint, these guys are ready. They came mentally ready for what’s coming. They came focused. They’re into it. It’s a really good group.

“We’ve separated them just because it’s a big group. We’ll separate them until the end of January and then we’ll start integrating them with the other guys.”

Well, January came and went. Now, it’s February, meaning the early enrollees have been in the Ohio State program, weight room and system for nearly a month. The group is an exciting one, especially at offensive line and wide receiver, where the Buckeyes had a huge recruiting haul and most of the top talents are already with the team heading into spring practice.

“14 of these guys are coming in at mid year, which is the highest we’ve ever had here,” Ohio State coach Ryan Day said on signing day. “So we’re excited to get these guys in here and get to work.”

Some of the early enrollees will have to step into the program and play right away. That receiver haul featuring two five-star prospects and four total talents, all unique in their own right, will certainly come into play as the Buckeyes prepare for next season.

Julian Fleming, the country’s top-ranked receiver, stepped on campus and seemed to already be ready for games this fall. So did Jaxon Smith-Njigba, Gee Scott and Mookie Cooper. That talented quartet will have to be ready.

“I think those are real weapons,” Day said. “And I think that had something to do with being about to sign two quarterbacks in this class was knowing they’re coming in with really good receivers.” 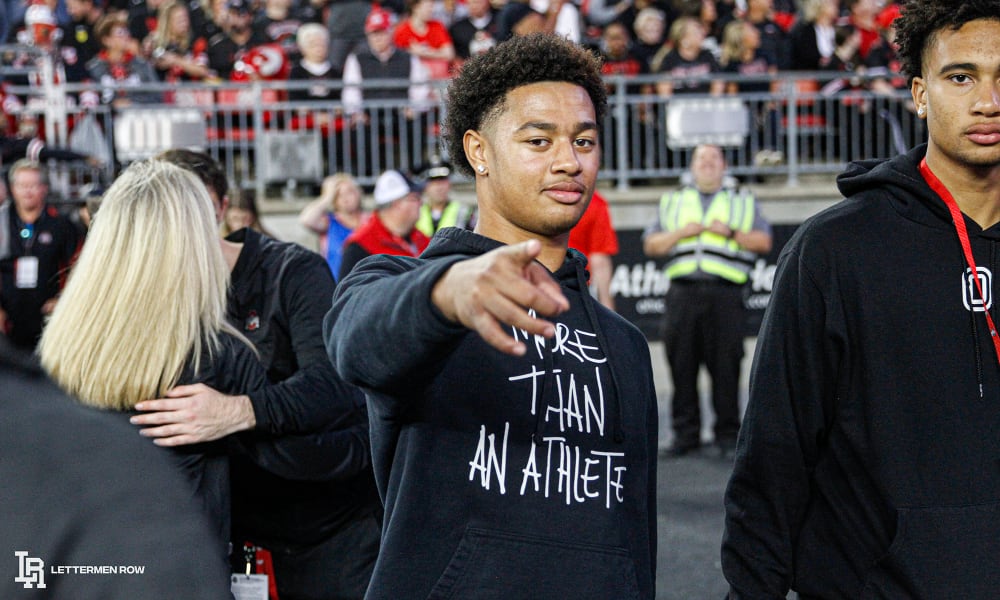 Six of the early-signees are offensive playmakers. And all six can be difference-makers. But they’re all freshman in a college weight room for the first time this offseason, so Day, Marotti and the Buckeyes staff elects to separate them from the other players who have been in the system before. It helps the 14 early signees get acclimated.

“They’re on a different plan,” Marotti said. “Their fitness levels aren’t where the other guys are.”

Those 14 early enrollees weren’t on the Ohio State team that just went to the College Football Playoff. But every day, they are reminded just like the other Buckeyes are. The score of the loss to Clemson is pasted in the weight room to remind them the standard they will be held to at Ohio State. It also serves as a reminder that just getting to the playoff isn’t the expectation. Winning it is.

So five-star tackle Paris Johnson is already working. As is Fleming and the other receivers. And the two talented quarterbacks. The defensive backs and linemen are all preparing for a College Football Playoff run of their own in the future.

Their preparedness varies as they come into the program, but that’s the way it’s supposed to be. None of them have ever been in a college weight program. Until now.

And this next month is going to be tough for the 14 new guys.

“The month of February is the month we hold our hat on here,” Marotti said. “That’s when it’s dark and it’s early and it’s hard. It’s adverse and it’s everything that you want out of it.”

So all 14 will be developed for the next month as they prepare to contribute immediately at Ohio State. That’s why they enrolled early. And that’s why Mickey Marotti runs the offseason program the way he does with the early signees.

Because the day those new Buckeyes first joined the program, they began to be developed. And that won’t stop anytime soon.

“From the time they walk in that door on the first day until the time they go to the Senior Bowl, it is perpetual development,” Marotti said.

Most of the class is already through the door. The development is well underway.