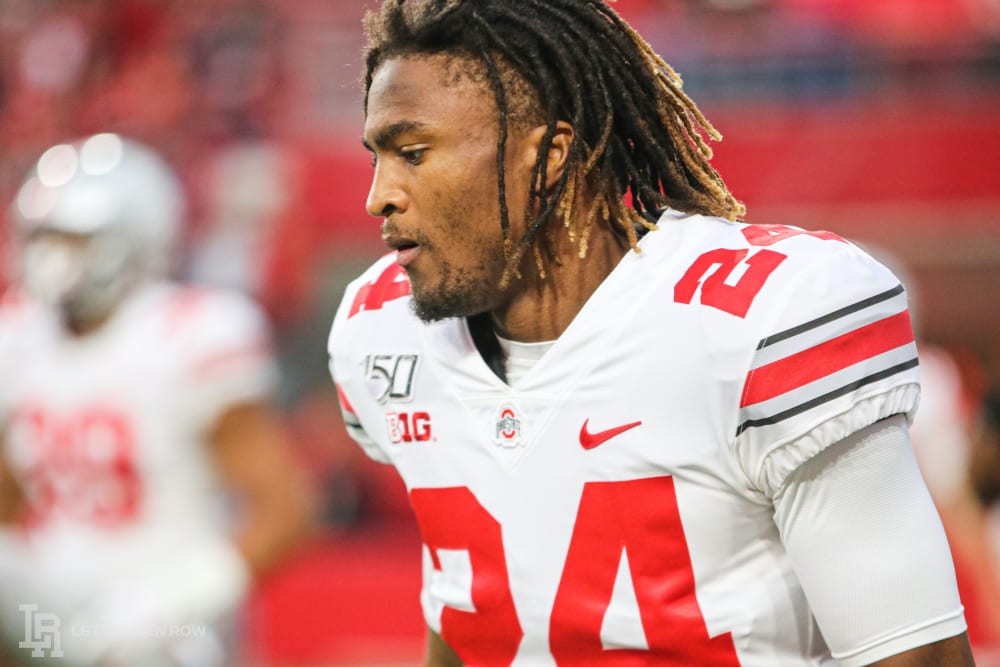 Shaun Wade came back to Ohio State to be a lockdown cornerback. (Birm/Lettermen Row)

It reloads, especially with year-after-year turnover on defense. Chase Young and Jeff Okudah are both gone to the NFL as top-five draft picks. Malik Harrison was also a draft pick after leading the linebacker unit for years. And the interior of the defensive line has to replace most of its production. Jordan Fuller was the leading tackler and captain.

That’s a lot to replace. Those former Buckeyes set the bar at an all-time high to replace. It won’t be easy, but it isn’t supposed to be.

“I know our guys see that as the benchmark in terms of that’s what we want to be at those positions,” Day said earlier this offseason. “But I don’t think we spend a lot of time talking about that. It’s more about maximizing yourself every day and maximizing our unit, playing with toughness, playing with effort, running to the football, because there’s a lot of areas we weren’t perfect on defense last year. We got a lot better, did a lot of good things. But we weren’t perfect as a unit.” 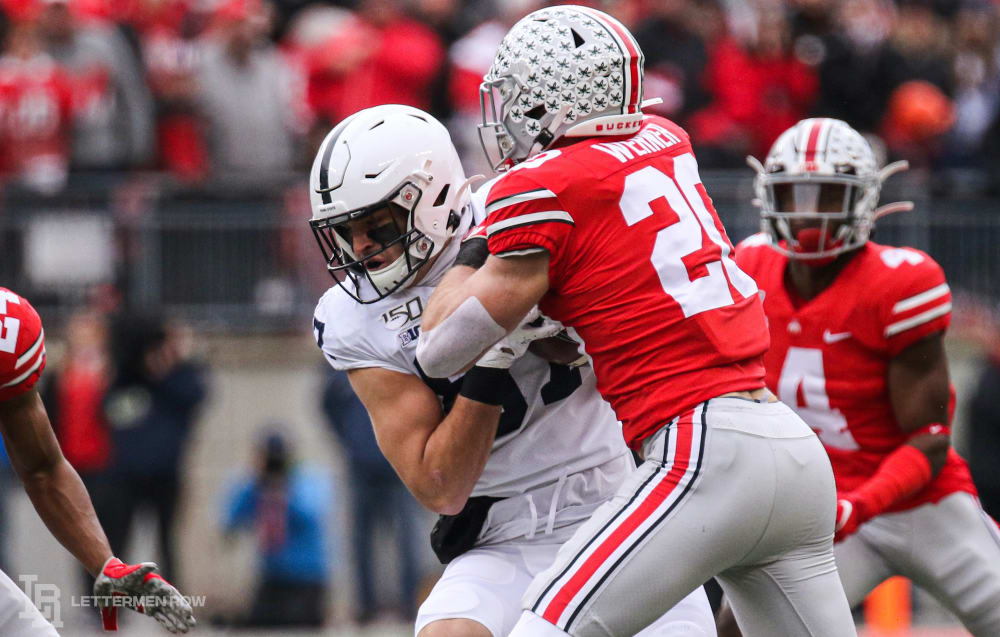 Pete Werner has been a leader for two seasons. (Birm/Lettermen Row)

Pete Werner: A linebacker who has been consistent his entire Ohio State career, Werner was fourth on the roster in tackles in 2018 when the defense was at a historical low, and he jumped up to second on the team with 64 tackles last season. Werner has only allowed one touchdown in coverage during his career, a good stat to show that he can stay on the field for all downs, no matter the situation. He can stop the run like a true middle linebacker, and he’s athletic enough to roll into the secondary if he’s needed to. He’ll be on the field enough this season to lead the Buckeyes — and maybe the Big Ten — in tackles.

Shaun Wade: Wade only had one interception last year, and it was an impressive catch over his shoulder on the first play from scrimmage at Rutgers. Just minutes later, he forced a fumble. Two of his three forced turnovers last season came in that game. But the move to an outside cornerback spot will give Wade plenty more opportunities to get his hands on the football — and he’ll do just that. Jeff Okudah rarely had the ball thrown his way last year, so his interception total can be deceiving. Wade’s may prove to be more of the same, but he should be able to grab at least three or four picks in the coming year. 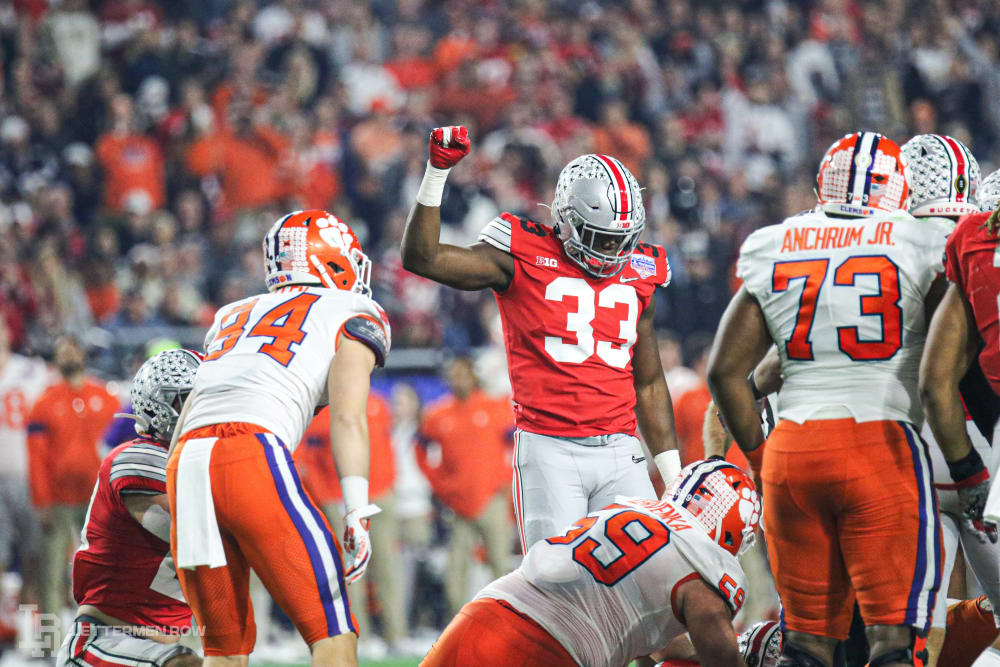 Zach Harrison has a chance to lead Ohio State in sacks. (Birm/Lettermen Row)

Zach Harrison and Tyreke Smith: It’s tough to project who can possibly replace Chase Young, one of the best defensive players in program history, along the Ohio State defensive line. The Buckeyes had 54 sacks last season, a single-season program record. Who will be the best pass-rusher on a team full of former four- and five-star prospects this season? Tyreke Smith has been long-rumored to be the next great Larry Johnson product at Ohio State. And Zach Harrison was a top-10 player in his class and had an impressive freshman season. Both could make cases to be the best defensive end on the roster. The case could also be made for fifth-year senior Jonathon Cooper. Simply put, Ohio State will be deep at defensive end. Smith and Harrison are safe picks to be the sack leaders.

How many Ohio State defensive touchdowns?

what can we “never”?

have our experts… defined our terms, e.g. replace, reload? How can we ‘tell the difference’, ‘compare & contrast’, go from known toward an unknown… until we start by defining the meaning of the terms we start with?

BTW did we know that Okudah and Young are gone yet? Do we need the reminding we keep getting often? Or…the reminding of the certain values upon which Ryan Day’s program …stands or falls?

indeed, the future is “hard to say”…

suggests that although we never know in full, we are given many choices and ways to discuss and learn.

I feel like I remember you wanting to pick Jonathan Cooper as the first DL if you had a say in the fake spring game draft.
Thank goodness you at least came to your senses as far as best sack artists here.

if i ‘came to my senses’…
it could have potentially happened… I pre-dict.

We don’t have to replace Young which is damn hard to do. A case could be made that the overall strength of the line could be stronger making it harder to focus on a strength like Young was. Cooper will be right up there.