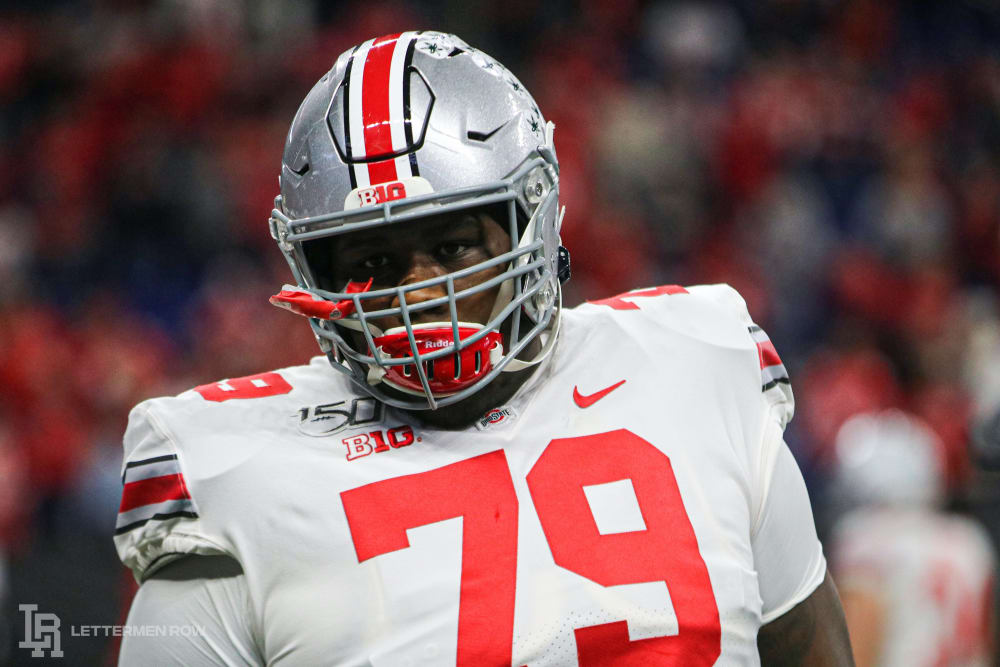 COLUMBUS — Mickey Marotti and the Ohio State strength staff have to get creative during the offseason, and the results could determine a critical starting job.

Two of the Buckeyes future offensive tackles have opposite problems. One needs to gain weight, and another has to work hard to keep his weight down. Neither are horrible problems, and Marotti knows he can deal with them with unique ways of tackling the issue.

Dawand Jones and Nicholas Petit-Frere are nowhere near the same, even though they play the same position and will likely battle for the same starting right tackle job this fall. Jones is a massive 6-foot-8 and 360 pounds. Petit-Frere has a 6-foot-5 frame carrying 295 pounds. But that’s just what they are listed at. Marotti know their true weights, and it’s his job to make sure they are where they need to be through offseason workouts.

Neither have a lot of body fat. It’s tough to figure out how to maximize both of them.

“We have to be creative in keeping his weight down,” Marotti said of Jones. “He likes basketball, so I told him I’ll get one of our interns to feed him the basketball. He can do jump shots for two hours in a row and see how much he sweats.” 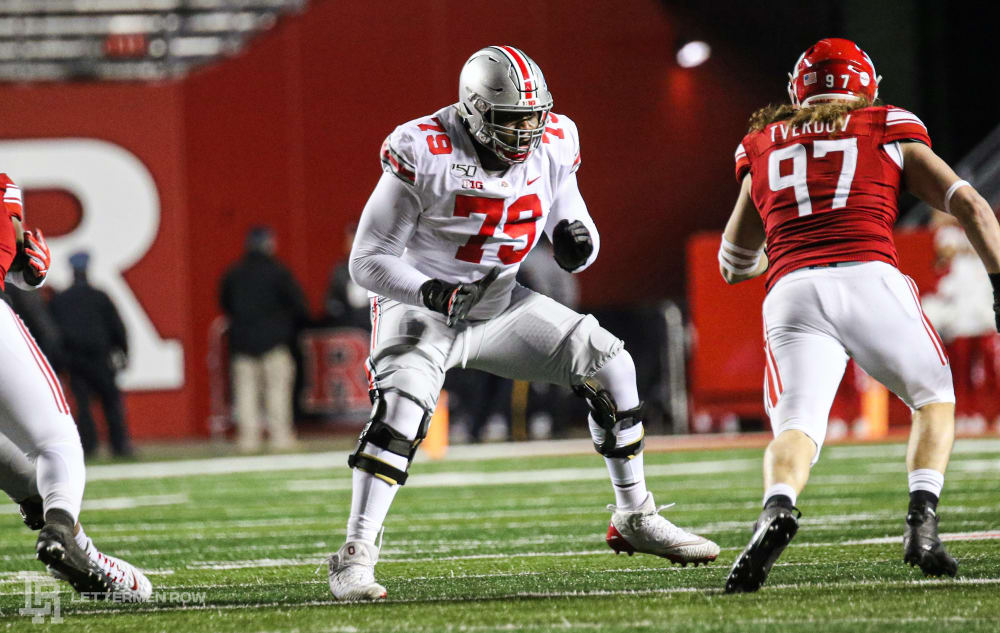 Dawand Jones will compete for the right tackle job next season. (Birm/Lettermen Row)

That’s not a bad start for the massive Jones, who was able to contribute for the Buckeyes last season in helping Chase Young block kicks early in the season.

For Marotti, training Jones isn’t just a tall task. It’s a fun one. Jones constantly has a smile on his face, even when Marotti tries to yell at him. Marotti loves being around Jones because of his size.

“I love him,” Marotti said. “He’s a great kid. He smiles all the time. Even when you’re trying to coach him really hard, he looks at you and just smiles. He’s so tall. The best thing is when he’s with our nutritionist. Kaila [Olson] is like not very tall and he’s super tall, and he follows her around. He does exactly what she tells him.”

Most players listen to the nutritionist, but for Jones and Petit-Frere, eating the right diet is the key. Last offseason, Petit-Frere was losing weight, so the coaching staff and nutritionists put him on a diet. Although it might not be fair to call it a diet.

“I mean, it’s tough — at first, I had to really change my eating habits,” Petit-Frere said last year. “I went from eating maybe like 5,000 calories a day to trying to pack in 8,000 a day, which is very, very tough. You just find time. It’s tough for me trying to figure out how to balance everything, but you just figure it out. That’s what I’ve learned.” 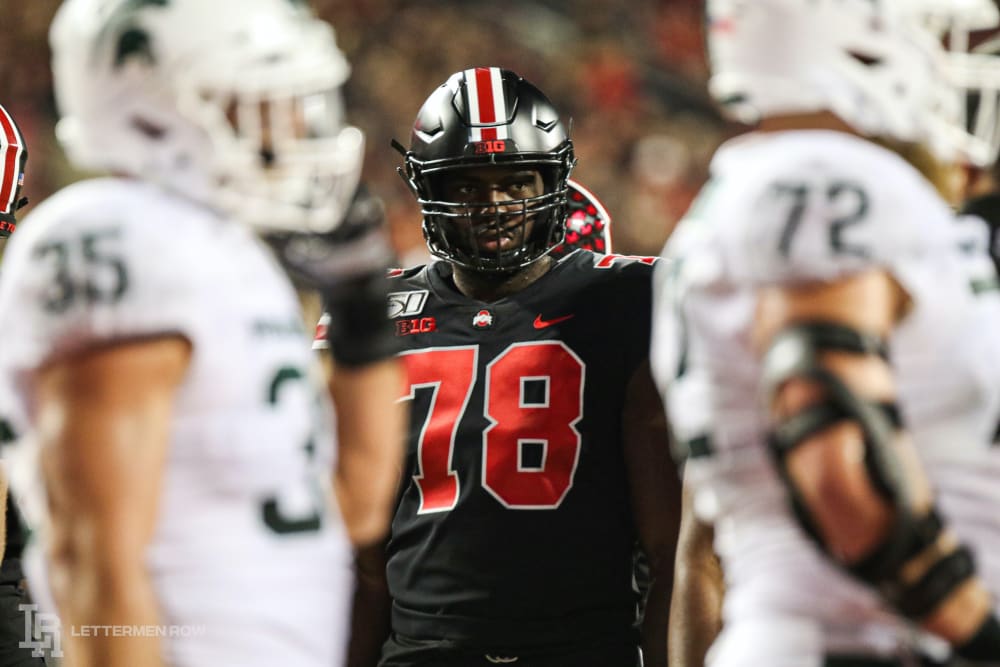 Nicholas Petit-Frere has worked hard to put weight on for the Buckeyes. (Birm/Lettermen Row)

Whatever Petit-Frere did to gain weight and become the proper size to play tackle in the Big Ten worked. Last season, he competed for a starting spot at the beginning of the season. He made regular appearances on the field. He started his first career game in Ohio State’s blowout win over Northwestern on the road.

And he’s finally able to keep some weight on.

The 300-pound threshold seemed to be a hard bar to pass last offseason, but now that Petit-Frere has eclipsed it, he seems to be there to stay. It’s mostly maintaining the weight at this point for the upcoming redshirt sophomore.

For Jones, maintenance seems to be the route Marotti and the Buckeyes are taking, as well. He doesn’t need to lose any fat. There’s not much fat to lose, even for a 360-pound tackle.

“His body fat’s not really high,” Marotti said. “He doesn’t need to weigh any more. He just needs to bend and get stronger.”

The creativity it has taken to help Dawand Jones and Nicholas Petit-Frere go in opposite directions to achieve the same goal of helping Ohio State win a national title at offensive tackle has been fun for the staff.

It’ll be even more fun to watch it pay off.