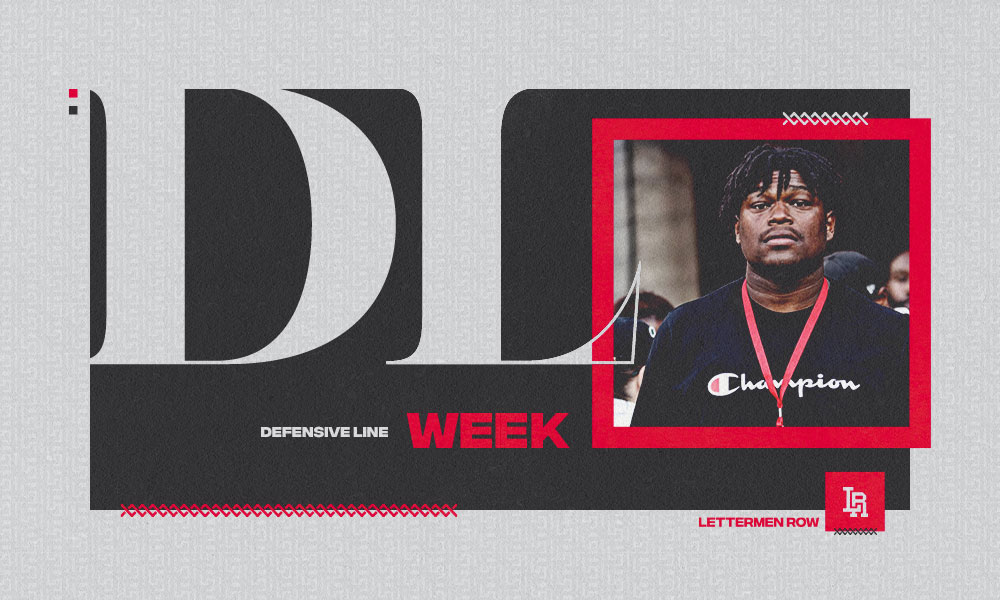 COLUMBUS — Darrion Henry-Young could not have went against better competition before arriving at Ohio State.

The second-ranked player in the state of Ohio for the class of 2020 had no choice but to face the best competition. The guy lining up across from him every day in practice last season at Princeton High School in Cincinnati was not only the best player in the state, but the No. 1 ranked offensive linemen in the country.

Henry-Young and Paris Johnson worked against each other and trained together for this next career move. Now at Ohio State together, Henry-Young has room to improve.

But it’ll be hard to find any better competition than what he’s already seen in a year of practice at Princeton.

“Hopefully to be one of those guys that play, but I’ve got a long way to go,” Henry-Young said in the spring about his incoming goals.

Henry-Young can acknowledge he isn’t where he needs to be — yet. In the first three days of spring camp, Henry-Young was pushed by defensive line coach Larry Johnson to go through individual drills multiple times. That’s what it took to get the technique his new position coach was trying to teach correct. But those are the growing pains Henry-Young expected, and the Buckeyes know he can be a good player.

The scouting report from Paris Johnson is convincing enough. The nation’s best tackle prospect has seen Henry-Young more than any player in the country. He knows how good his teammate can be.

Johnson committed to Ohio State first, and he made it clear all along he wanted his buddy to join him.

“I’ve known Darrion since I was little,” Paris Johnson said. “I wasn’t gonna necessarily pressure him to go anywhere. I just thought it would be cool to have two people going to the same place, and he felt the same way. For us to be able to train, practice against each other and then do the same thing once we got up here? I feel like that’s the best work, you know? No. 1 tackle in the state, the No. 1 defensive end in the state working against each other.

“You’re not gonna get any better competition.”

Henry-Young is certainly comfortable at Ohio State. He’s surrounded by Johnson, who he went to high school with, and fellow freshman along the defensive line Jacolbe Cowan, a friend since middle school. Henry-Young and Cowan played on the same AAU team and met in the sixth grade. Now, they’re part of the future of the Ohio State defensive line.

“It’s been pretty cool,” said the 6-foot-4, 275-pound Henry. “We’re roommates, too, so we get to talk about everything we’re going through. I’m not going through this by myself.

“I’ve known Jacolbe for a little bit, since like sixth grade, so we’ve been cool since then.”

Henry-Young wasn’t recruited by Ohio State because of his friendship with Cowan or his high school practice reps against Paris Johnson. He is going to be tasked with going against potential all-Big Ten offensive linemen at Ohio State every day for an entire season as a freshman.

But going against the best tackle in the country last season will help Henry-Young moving forward. The competition level will still increase at Ohio State.