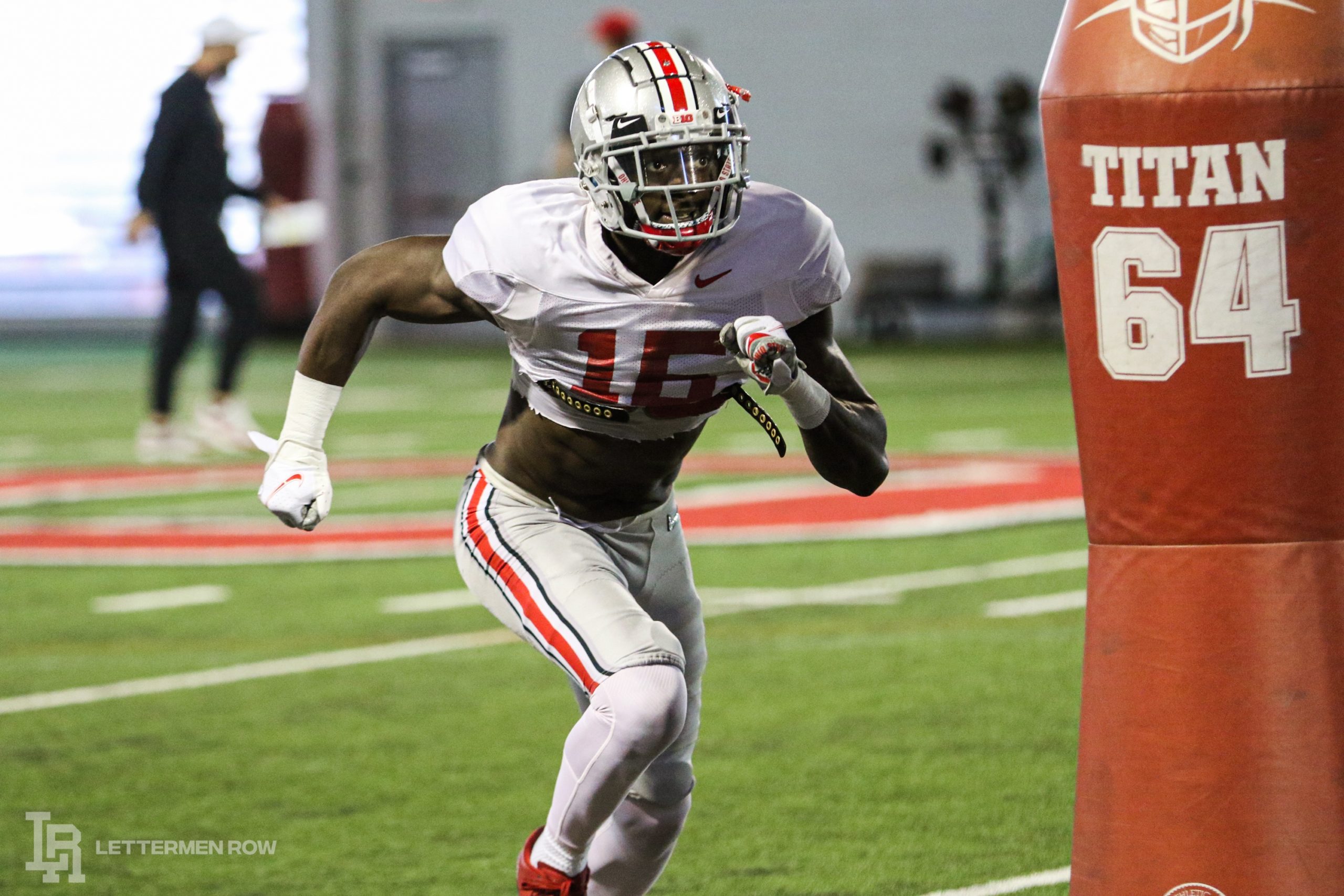 Young didn’t have a position attached to his recruiting profile when he signed with the Buckeyes.

Of course, the Buckeyes had a plan for where he fit into the defense when they recruited him, but his versatility made him a commodity for the 2019 class.

Now entering his third year at Ohio State, Young still hasn’t shaken that Athlete label. And as the Buckeyes go through their spring camp, they’re busy finding a way to have the versatile weapon Young on the field — where he needs to be.

“Craig has had a really good spring so far,” Ohio State coach Ryan Day said. “I think he’s finding a role he feels more comfortable with. His ability to come into the box, but then also line up at safety, he can do multiple things there. That’s exciting for us. He can cover, he can play in the box, he can be physical, he can blitz. So he, Ronnie Hickman, Ryan Batsch, Kourt Williams, those are all guys in that position we think have a chance to do that this year.” 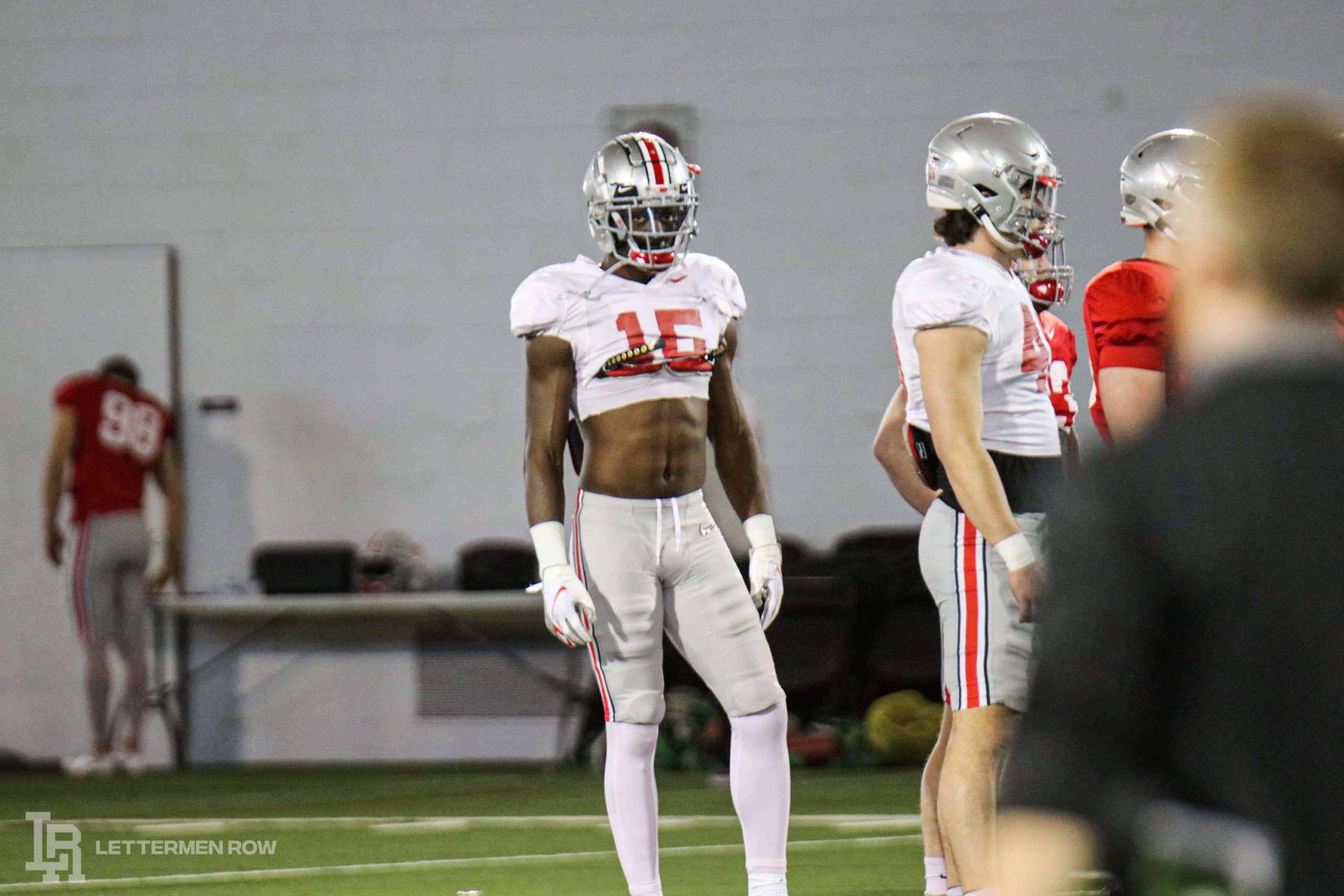 Craig Young is beginning to show his versatility at Ohio State. (Birm/Lettermen Row)

Hickman played safety last year. Williams projects as a hybrid player. Young played linebacker when he was on the field last season. The versatility in those three young players gives the Buckeyes options for their defense. And it gives them a chance to mix up what they show opposing offenses.

That may be where Young, a former basketball star and one of the best athletes on the Ohio State roster, fits into the equation for the Buckeyes retooled defensive back seven.

“We have the ability to do both: We can line up in nickel or we can line up in base,” Day said. “That’s something that we’ve always been able to do. We’re going to continue to look at that and figure out what gives us the best chance based on what the offense is giving us. … And we’ll just try to put the best guys on the field. Who can do the most?

“We want to have flexibility there and be able to adjust based on what we’re seeing.” 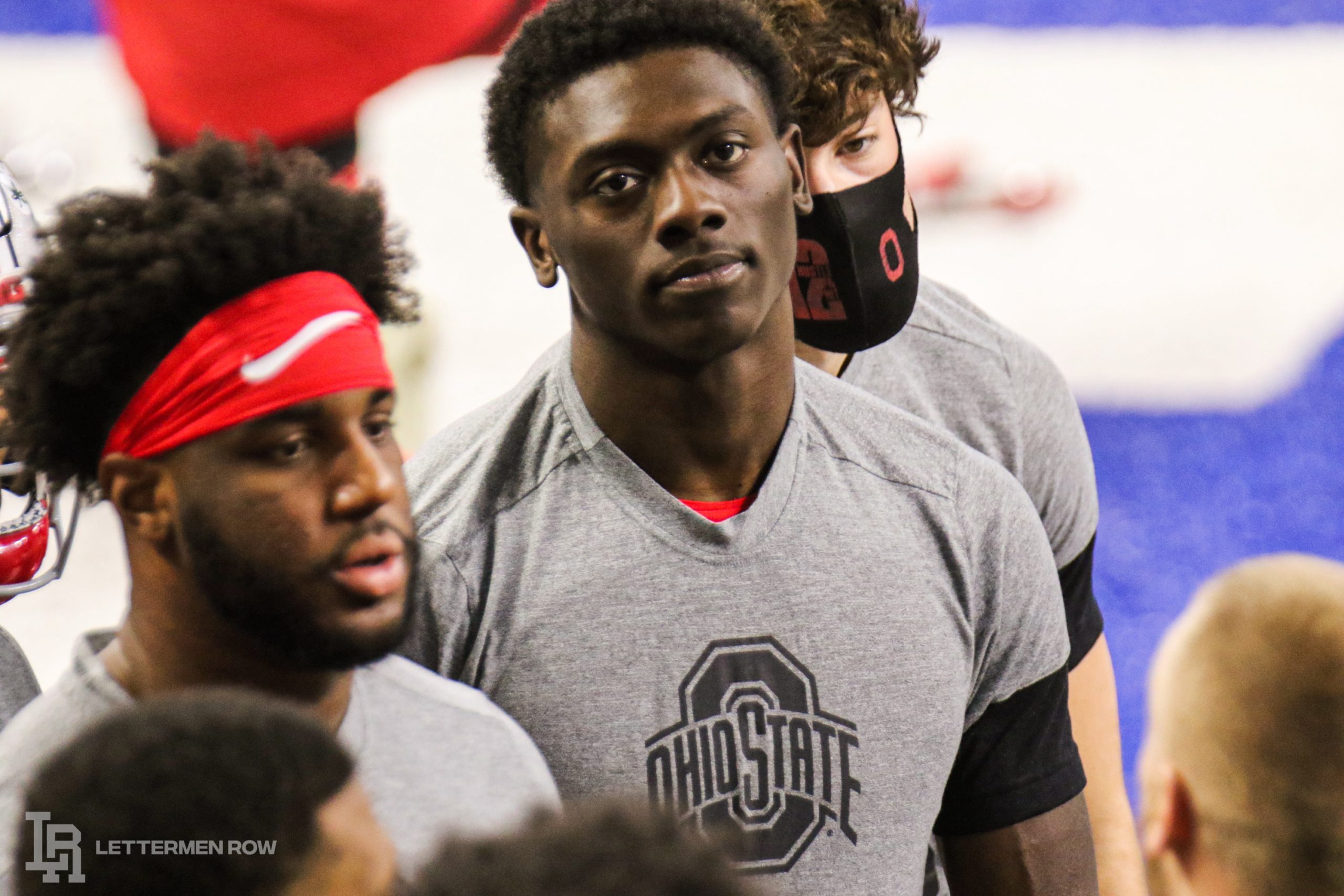 If flexibility is what Day wants in his defense, Young fits the description to perfection. He is a long 6-foot-3 and 228 pounds. Young runs like a safety but plays near the line of scrimmage like a linebacker. So where exactly has he been lining up for the versatility within the Buckeyes defense? It’s hard to say right now.

“We’re sort of working through it,” Ohio State secondary coach Matt Barnes said of the long-fabled Bullet position. “The emphasis right now is: Is it bullet or is it SAM? It’s hard to say. It is what it is right now, it’s this guy or that guy depending.”

Young can play SAM. He can also play safety. Sounds like the Bullet position may need to come to life if Young continues to progress in the Ohio State defense.