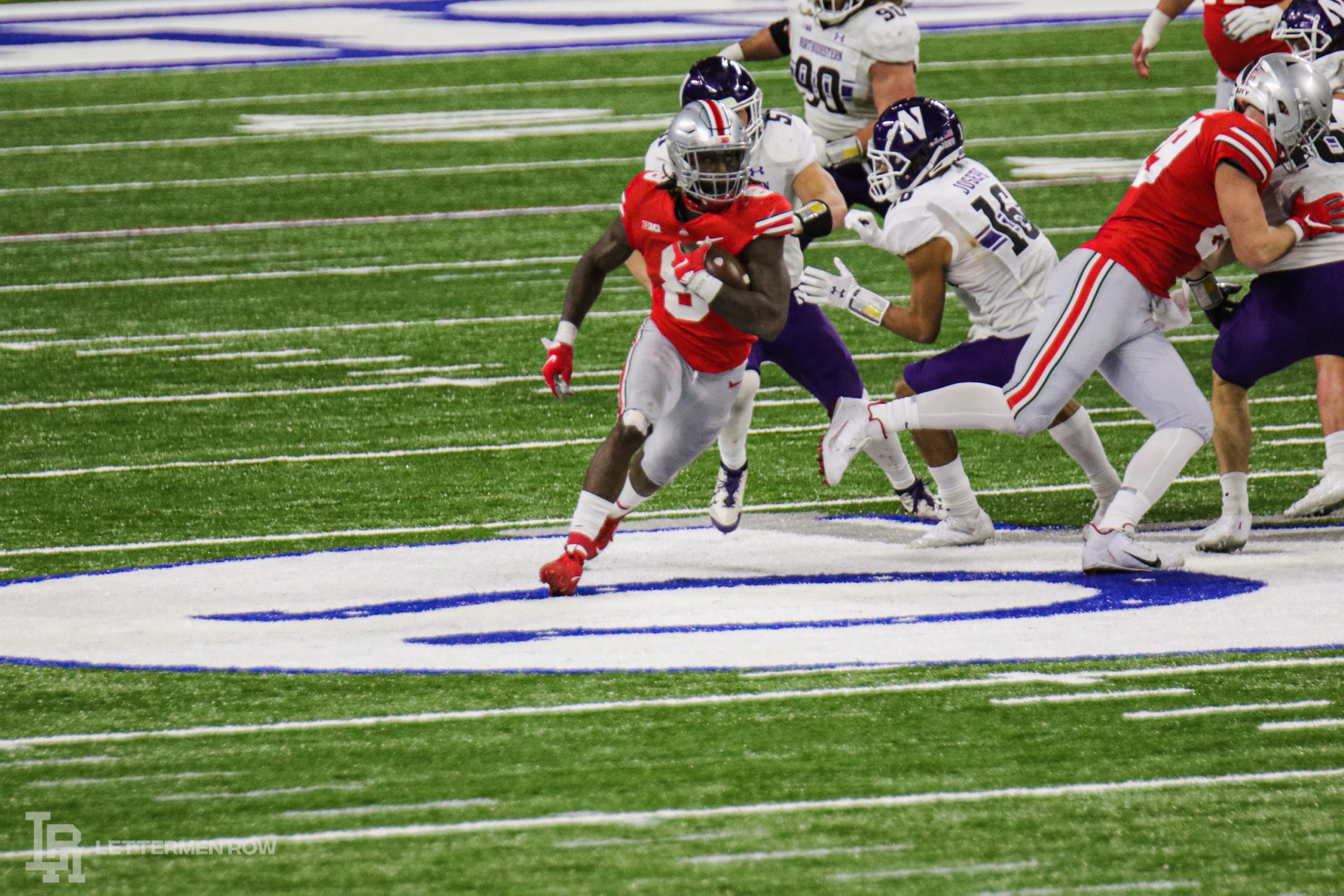 Trey Sermon and Ohio State are staying near the top in the AP Poll. (Birm/Lettermen Row)

After a cancelation of the season early in the fall, petitions and rallies to reinstate the season, virus issues and rocky performances in a shortened season, the Buckeyes are headed back to the College Football Playoff with nothing in the loss column, proving they’re the class of the Big Ten and one of the four best teams in the country.

The voters agree. Ohio State stayed put at No. 3 in the pre-College Football Playoff release of the AP Poll, which was unveiled on Sunday morning. Alabama retained the top spot after a tight win over now-No. 10 Florida in the SEC Championship. Clemson passed the Buckeyes for No. 2 with a win in the ACC Championship over previously-second-ranked Notre Dame, who is now No. 4. Texas A&M is No. 5.

For all that Ohio State had to go through to get to the finish line, the Big Ten title, undefeated record so far and a berth in the College Football Playoff will make it all worth-while.

The Buckeyes weren’t as clean as they could have been this season, but the postseason is already underway with a championship already secured. And it was a rough road to get there, but the Buckeyes have made it.

Continue Reading
You may also like...
Related Topics:Featured, ap poll