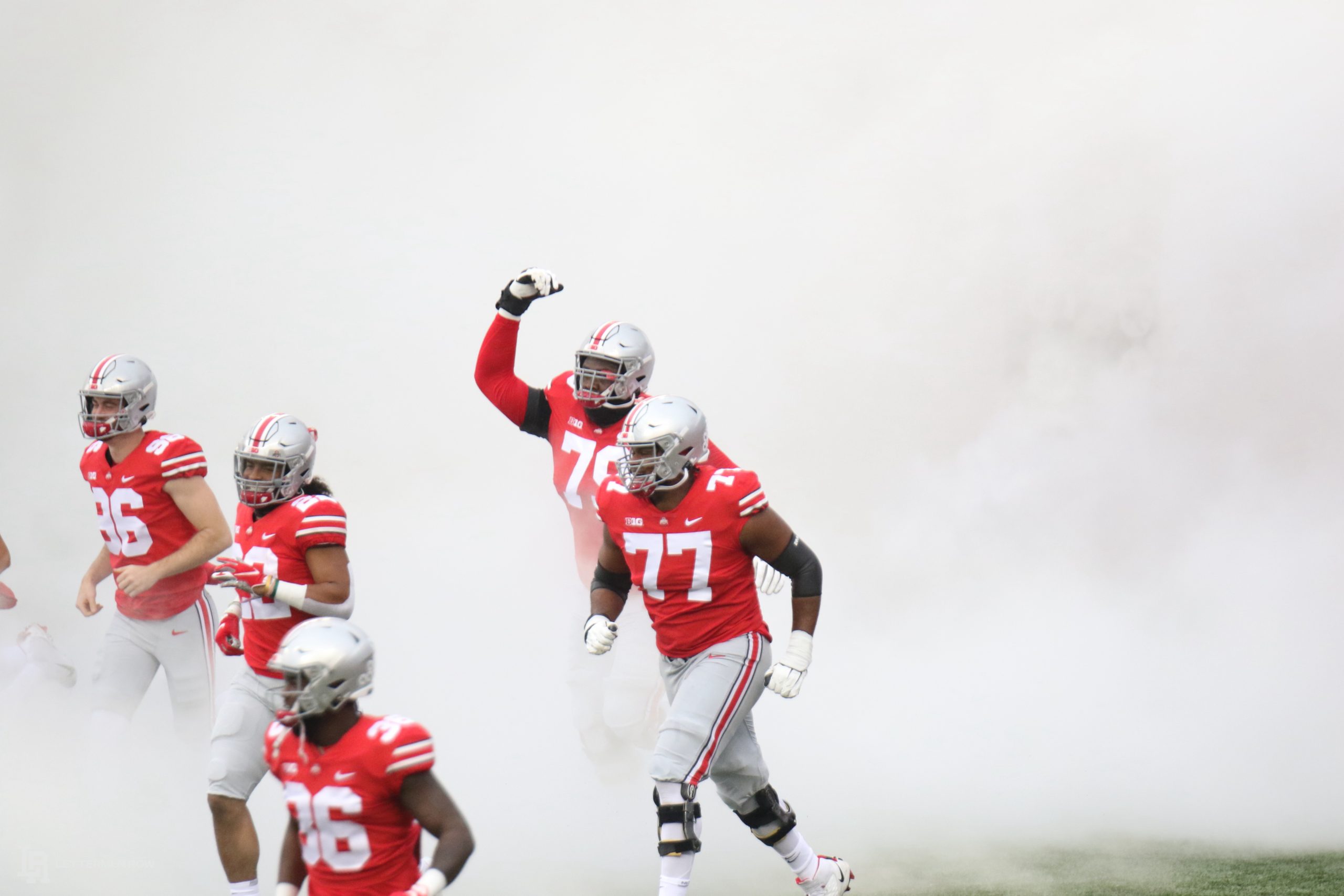 Ohio State is still in the top five of the polls. (Birm/Lettermen Row)

COLUMBUS — Ohio State could have played at Illinois.

But the Buckeyes would have loaded up on a plane to Champaign down some of their players and still uncertain about the positive tests within the program. So instead of a Big Ten road trip, the Buckeyes stayed home, shut down the Woody Hayes Athletic Center and paused team activities.

The health and safety of the players and staff is the most important part of the season right now. And the polls mean even less than they usually do for the program. Still, the Buckeyes are right in the thick of the College Football Playoff conversation despite the uncertainty, sliding down a spot to No. 4 in the latest Amway Coaches Poll. The Buckeyes remained No. 3 in the AP Poll.

Alabama retained the top spot after bulldozing rival Auburn in the Iron Bowl. The Crimson Tide are followed by Notre Dame, Clemson, Ohio State and Florida. Texas A&M is No. 5 in the AP Poll. Ohio State still received one first-place vote in the Coaches Poll but none in the AP Poll.

But again, the polls — especially any polls other than the College Football Playoff rankings — are the last thing on the minds of the players, staff and administration trying to get Ohio State back on the field to compete safely.

“The sacrifices have been made by so many, and the anxiety over months and months and months of every day getting test results back to make sure that the entire program is safe,” Ohio State coach Ryan Day said Saturday. “Then to experience it this week, Thanksgiving week? I can’t sit here and tell you anything other than it’s really, really hard.

“But like I told the team, it’s just another opportunity to get through some adversity, work through adversity and learn more about yourselves. That’s the only way that I can describe and put a positive spin on it right now because is isn’t fun.”

Ohio State is still in the mix for all of its goals. But it has to figure out a way to safely return to football soon.