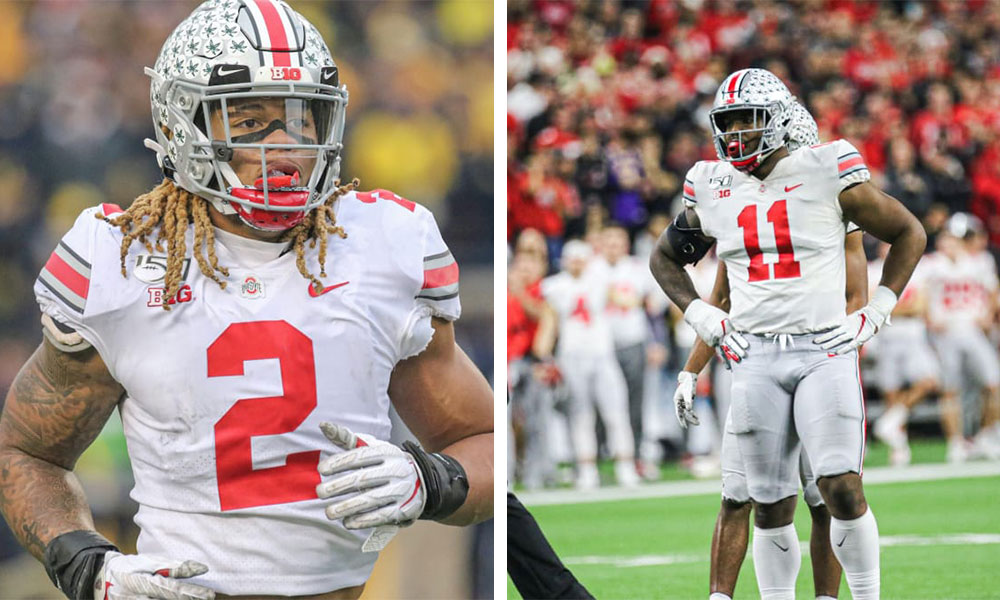 Ohio State had an incredible season last year on its way to the College Football Playoff, where it nearly beat Clemson and advanced to the national title game. Many of the key players from that team moved onto the NFL. How will the Buckeyes replace those departures? And who could step in to make plays similar to what the former Buckeyes made last season? Lettermen Row is breaking down key plays and who could make them, starting with how Ohio State will replace record-breaking K.J. Hill.

COLUMBUS — In a long line of impressive defensive linemen to come through Ohio State, Chase Young might be the best.

Statistically, Young shattered the single-season record for sacks last season. Physically, Young could do any pass-rush move he wanted and still get to the quarterback. And mentally, Young was so good that he caused false starts and panic from opposing tackles waiting to be beaten around the edge.

Young is now gone, off to the NFL after a three-year career with the Buckeyes. He set the bar as high as it can go for defensive ends — and really anybody on the field. Ryan Day and the Ohio State coaching staff know how tough that will be to replicate and replace.

“I know our guys see that as the benchmark in terms of that’s what we want to be at those positions,” Day said. “But I don’t think we spend a lot of time talking about that. It’s more about maximizing yourself every day and maximizing our unit, playing with toughness, playing with effort, running to the football, because there’s a lot of areas we weren’t perfect on defense last year. We got a lot better, did a lot of good things. But we weren’t perfect as a unit.”

Chase Young was dominant for the Ohio State Buckeyes.

Who can the Buckeyes turn to when they need a crucial fourth-quarter sack to seal a game? Who can be a game-changer along the defensive line for Ohio State in the fall? Lettermen Row is examining all the options to replace the legendary former Ohio State edge rusher Chase Young.

Jonathon Cooper: The fifth-year senior was ready for a huge, breakout season opposite of Young a year ago. Then, an ankle injury in preseason camp kept him out of the first few games of the year. And then it lingered. And lingered. Cooper only played in four games for the Buckeyes, then opted to take a redshirt season and return for another chance to prove he can be a dominant pass-rusher. It might have been easier to rush opposite of Chase Young, but with one last offseason to work and get better, Cooper could become a No. 1 pass-rusher for the Silver Bullets.

Tyreke Smith: Smith has been picked by many as the next great Ohio State pass-rusher, but he hasn’t been able to showcase it yet. The third-year player from Cleveland Heights has all the tools to be an elite defensive linemen, but he’s been slowed down in his first two seasons by various injuries. Smith was able to notch his first three sacks of his career a season ago and gave hints at incredible things to come. If he continues to progress under Larry Johnson, he might just be the next great at Ohio State. 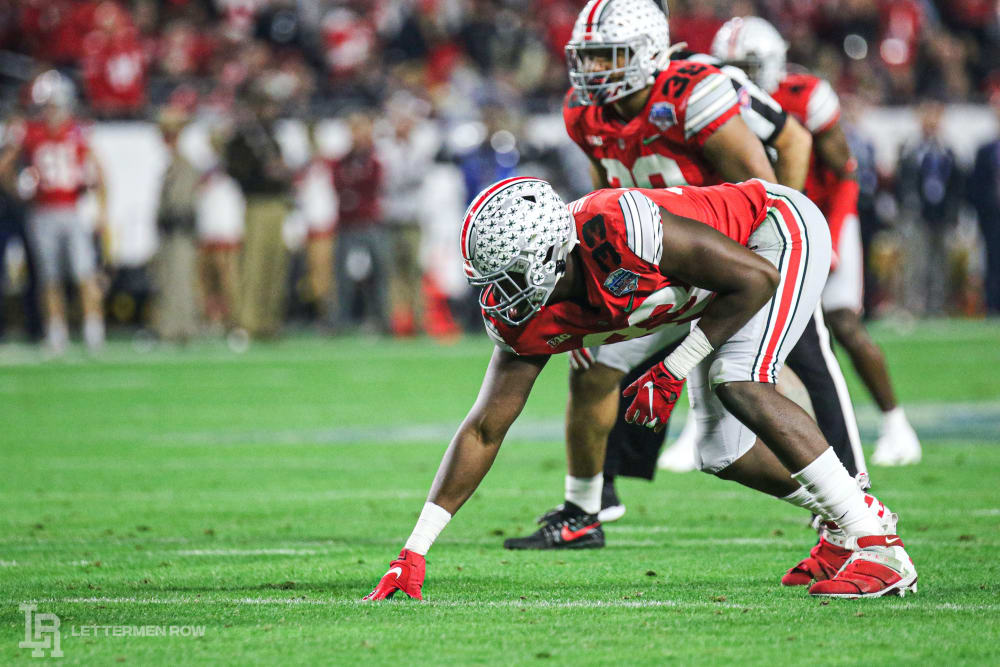 Zach Harrison has a chance to break out for Ohio State. (Birm/Lettermen Row)

Zach Harrison: Although he’s just entering his sophomore season, expectations are high for Harrison, who crept his way into the lineup last season and began making plays alongside Young, Smith and the others. His 3.5 sacks last year were an impressive building block for the next couple years for the Buckeyes. Young began to make his rise to national stardom during his sophomore season, and Harrison could begin to follow in his footsteps.

Tyler Friday, Javontae Jean-Baptiste: The pair of third-year defensive ends provided depth for the defensive line last year, and Friday even saw some crucial playing time in both the Big Ten title game and College Football Playoff game. Both could wind up being key pieces in the rotation to keep everyone fresh along the line, particularly at defensive end. Could one of them step up and break out in a room that includes Cooper, Harrison and Smith? It’s possible. They have 4.5 career sacks between the two of them. With another year of development, maybe one or both of them could turn into dominant players.

Before Young, there were multiple years with one of the Bosa brothers. Every year since 2013, the Buckeyes have had a proven, elite pass-rusher to rely on. Maybe one of them is listed on the roster, but none of them have shown they can produce like the Bosa brothers or Young did, so the committee approach might be the best option for next season. Cooper will be the leader of the unit, and he’s likely to produce consistently for the Buckeyes. Harrison and Smith have the highest ceiling as superstar candidates, but they’ll have to prove they can do that on the field. Friday and Jean-Baptiste both have taken huge steps in their development. If Ohio State can get double-digit sacks from a couple of the talented defensive ends and allow the defensive tackles to be in one-on-one matchups on the interior, the Buckeyes defensive line should be just fine.