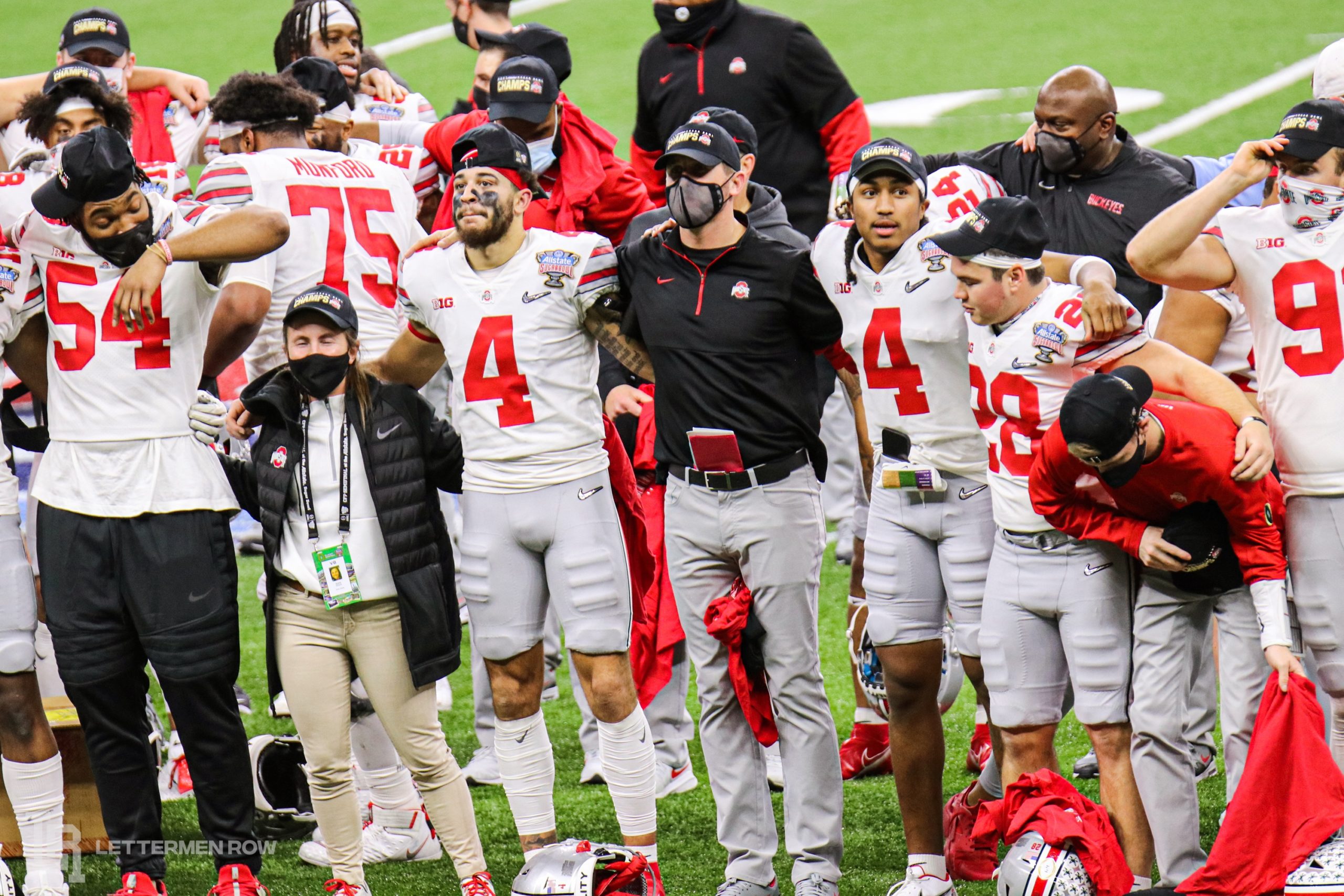 The Buckeyes dismantled a Clemson program they had previously never beaten in the Sugar Bowl semifinal on Friday night, setting up a national title tilt with Alabama.

And the Buckeyes opened as a 7.5-point underdog, according to the folks at VegasInsider.com.

The Buckeyes emphatic blowout win over Clemson was a huge hurdle finally cleared. But the Buckeyes have one game still left to play.

“I think it’s huge. I think it’s huge,” Ohio State coach Ryan Day said about beating Clemson. “We still have another game to play. This thing’s not done yet. But I do think this was big for us. This was a statement for us as a program to win a CFP game, especially after what happened last year. And to play the way we did, it means a lot for our program.

“But, again, we’re not done. We have a lot of work to do. Got to get on this film, figure out some things to adjust, because we got a really talented ‘Bama team that we got to go play.”

Ryan Day will lead his team into that matchup as an underdog, just like in the Sugar Bowl semifinal.