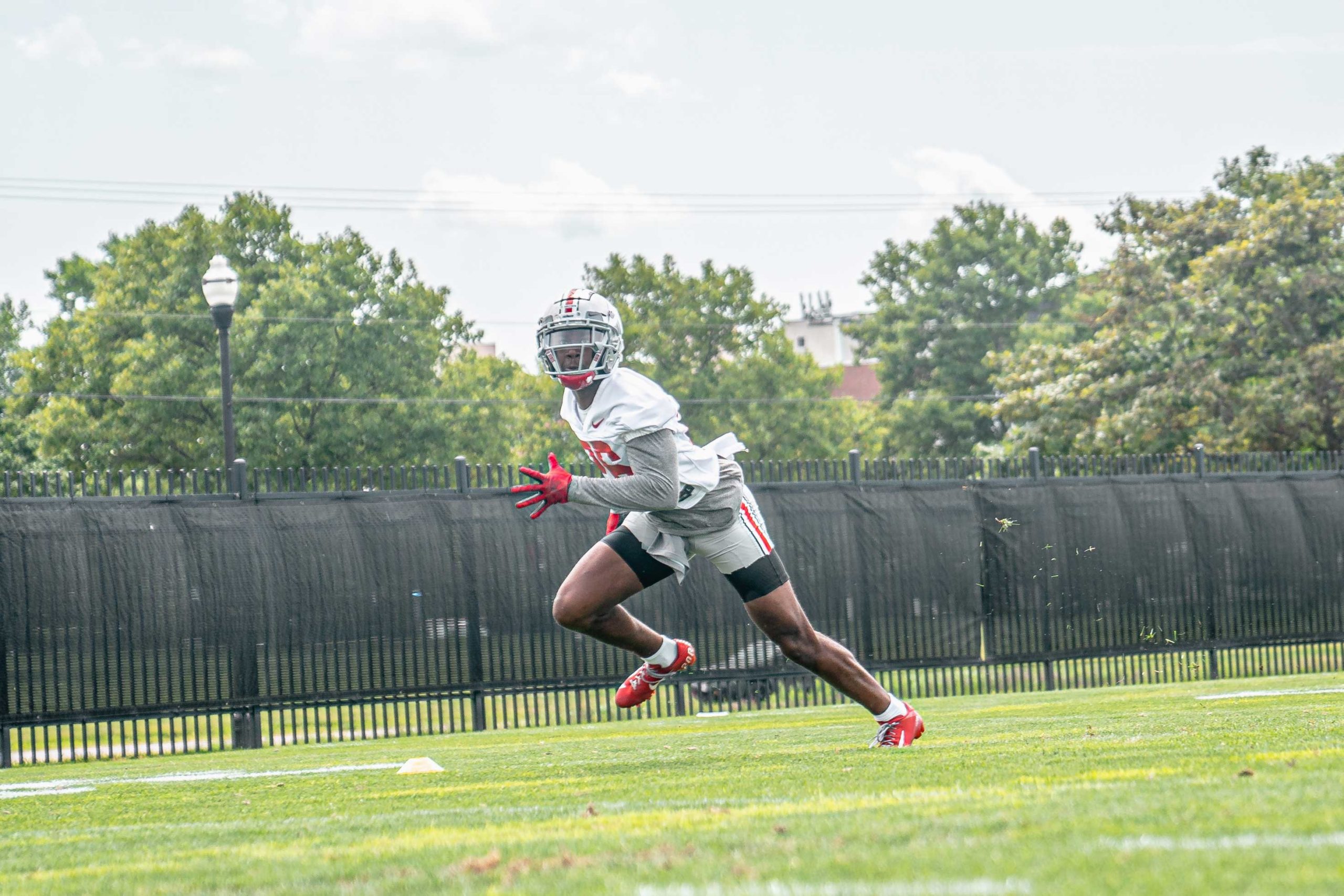 Ohio State is the favorite to win the Big Ten again. (Courtesy/Ohio State Dept. of Athletics)

Ohio State was always going to be the favorite heading into this uncertain football season.

Now that football is back and the shortened schedule has been announced, the Buckeyes are overwhelming favorites to not only win the Big Ten, but also get through the regular season schedule without a loss on their way to the College Football Playoff.

The folks at BetOnline.ag released their win totals for each Big Ten team after the nine-game slate was made public Saturday morning, and the Buckeyes total is 8.5. They’ll have to win out to hit the over on that total, but that doesn’t seem to be a worry for those in Las Vegas.

Ohio State was the favorite heading into a normal season this year, and the changes to the schedule didn’t impact that. The Big Ten still runs through Columbus. It appears it’s going to be difficult to take the league title from the Buckeyes again this season. Las Vegas agrees.

Ohio State is back on the practice field prepping for a shortened season, and that means the Buckeyes are back talking to the media as they get set for another Big Ten title defense and national title run.

Also, don’t miss the Practice Report presented by Byers Auto, in which Lettermen Row senior writer Austin Ward is joined by Jeremy Birmingham and Spencer Holbrook to react to the media session with the Buckeyes.

Lettermen Row Weekend Kickoff presented by Bryant Heating & Cooling Systems: The Whatever It Takes Pregame Show will be back at Urban Meyer’s Pint House this Thursday.

The latest edition of the show will be Thursday, Sept. 24 at 7 p.m., and there will be plenty of Ohio State guests on hand to break down the latest developments and preview the weekend of football ahead.

Get set with former Ohio State head coach Urban Meyer and our panel of former Buckeyes with analysis, stories, delicious food from Urban Meyer’s Pint House in Dublin and some cold Coors Light.

Ohio State will officially be back on the field for football this fall, and the Tim May Podcast is back to break down every angle.

Tim welcomes Lettermen Row senior writer Austin Ward on the show to talk about the decision to reinstate fall football by the Big Ten and break down the newly-released Ohio State schedule.

Tim also welcomes on Luke Fedlam, a lawyer who has spoken to the Buckeyes as part of their Real Life Wednesday program, to talk about the impact name, image and likeness legislation will have on college football in the future.