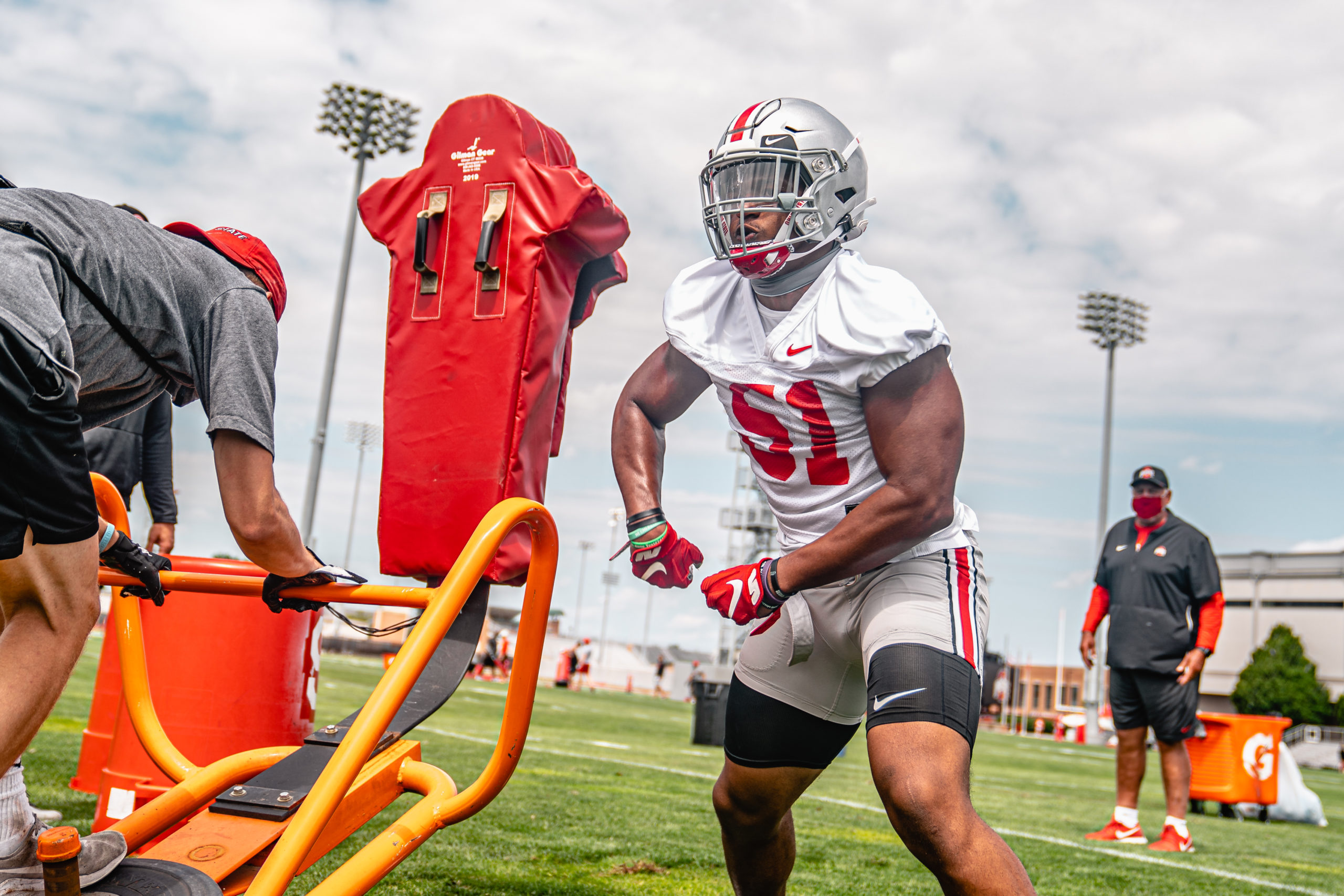 Ohio State is still waiting for answers from the Big Ten. (Birm/Lettermen Row)

COLUMBUS — The second-longest active AP Poll streak in the country is over: Ohio State is not ranked for the first time since 2012.

The Buckeyes were No. 2 in the AP Preseason Poll, which was released last month and included teams that had their seasons canceled this fall. But now that some of the teams still playing football in September have games under their belts, the poll no longer includes teams from conferences who canceled.

And with that, Ohio State fell out of the AP Poll on Sunday afternoon for the first time since 2012

They had been ranked in 132 consecutive poll releases.

Clemson maintained the top spot in the poll, followed by Alabama, Georgia, Oklahoma and Florida. But Ohio State could soon find out if it will become eligible for the poll again this season.

The Big Ten could still be back on the field this season, though, which would again allow conference members to be ranked. Big Ten presidents and chancellors are expected to meet this afternoon with a possibility of a decision today or tomorrow, per multiple Lettermen Row sources.

The availability of rapid COVID-19 tests and other medical breakthroughs have brought the conference back to the negotiating table, and the season could be reinstated — if the university presidents from the league vote ‘yes’ on Sunday or Monday.

If they do vote to allow a Big Ten season this fall, the Buckeyes could find themselves back in the top five of the rankings in the coming weeks. But the streak of consecutive appearances is over, stopped at 132 weeks, not by Ohio State’s play or a crushing loss. The streak ends because the conference didn’t allow them to play.