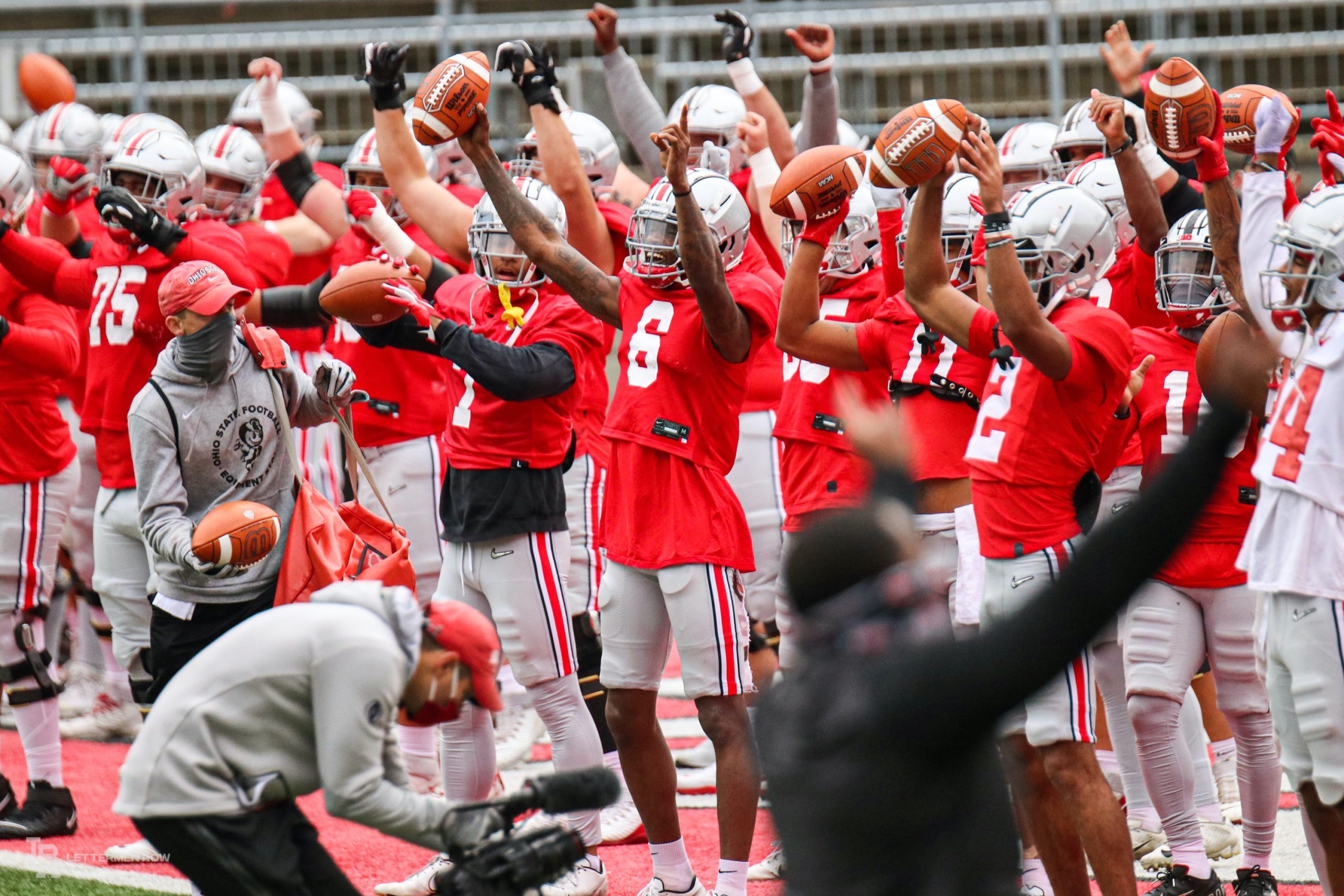 Ohio State is back in the polls. (Birm/Lettermen Row)

COLUMBUS — Ohio State is back in pads, and with fewer than three weeks until the Buckeyes open the season, they are working their way back up the polls.

The Buckeyes still haven’t played, and they won’t until Oct. 24. That doesn’t mean they can’t move around in the latest polls.

Ohio State is No. 6 in the Amway Coaches Poll, which was released Sunday afternoon following a wild college football Saturday. Clemson retained the top spot in the Coaches Poll, followed by Alabama, Georgia, Florida and Notre Dame. Ohio State received two first-place votes despite being ranked so low.

Some coaches and voters in the AP Poll continue to only rank teams that have played a game this fall, so some keep the Buckeyes and other Big Ten teams off their ballots, skewing the results and rankings in the polls. Once the Buckeyes kick off on Oct. 24, they should be back into the top three or four with Alabama, Clemson and others.

But Ohio State has more important, pressing issues to worry about.

“This has been a difficult time,” Day said. “We understand the ramifications and the consequences for our health, but also in terms of playing a season of testing positive. And that’s for our players because they’ve made great sacrifices. But also for the coaches. It’s very difficult. For those of us who have school-aged children at home, it’s very, very difficult to make sacrifices. Some of us are not sleeping in our homes. It’s not easy. We’re trying to figure that part of it out.”

Ohio State certainly doesn’t care where its ranked, and the polls don’t truly matter this early in the season. But as long as polls keep coming out, the Buckeyes will at least crack the top 10.