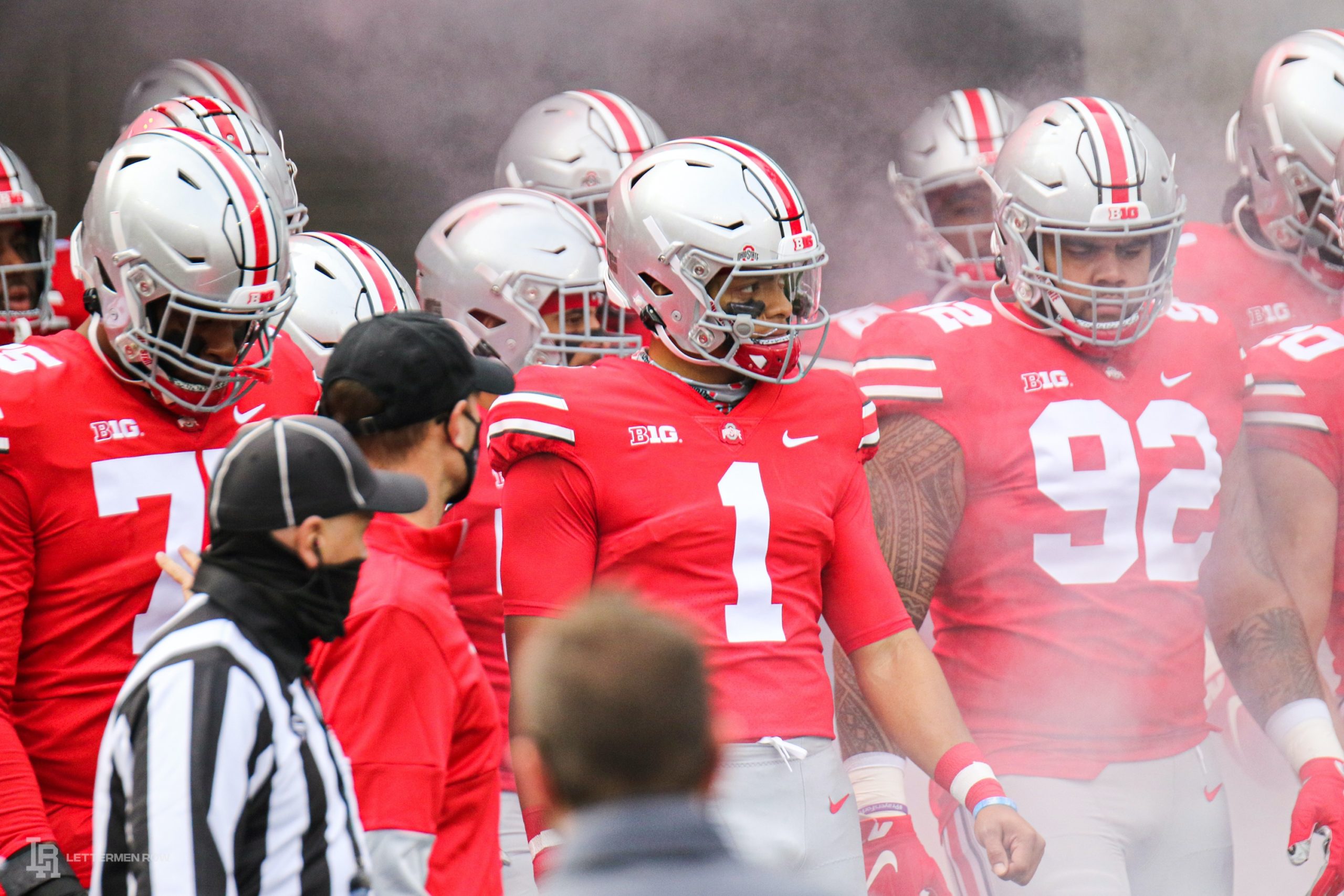 Ohio State is back on the ballot for all poll voters. (Birm/Lettermen Row)

The Buckeyes have plenty to break down and improve on after their 52-17 season-opening win over Nebraska. But in the pandemic-shortened, eight-game season, a win is a win in the Big Ten.

And now that the first game is complete, the Buckeyes are back on the ballots of every poll voter and coach. Ohio State checked in at No. 3 in the latest Amway Coaches Poll on Sunday, sliding up two spots after officially announcing itself in the College Football Playoff hunt. Clemson retained the top spot. The Tigers were followed by Alabama, Ohio State, Notre Dame and Georgia. Ohio State received two first-place votes.

“To beat a Big Ten team like Nebraska 52-17, that’s a pretty impressive day,” Ohio State coach Ryan Day said. “It would be just to beat a team by one. So, the expectations are high, but the reality of it is just [to win] is a great day. That was the No. 1 goal, and we’re very proud of what we did.” 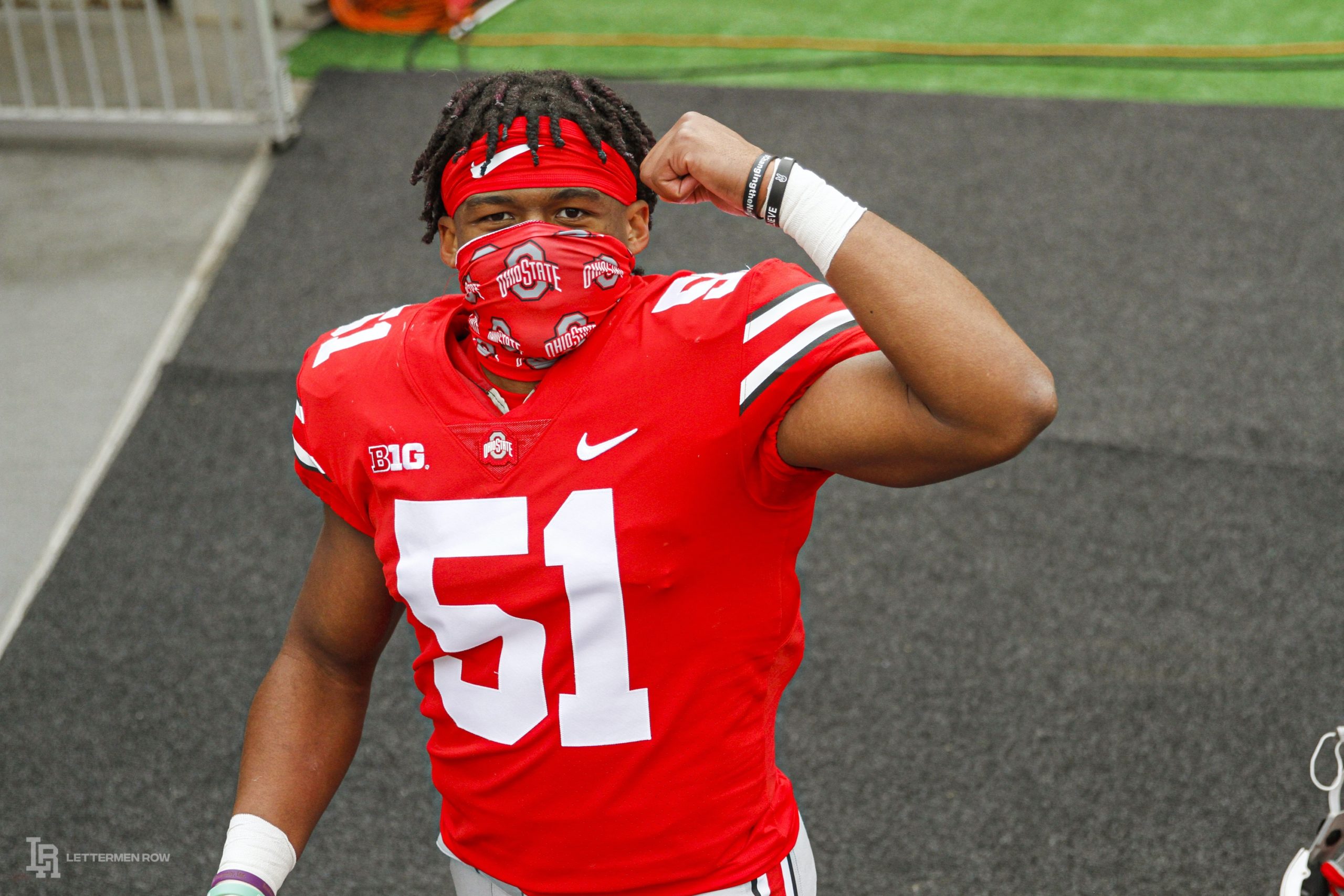 Ohio State flexed its potential in an easy win over Nebraska. (Birm/Lettermen Row)

After weeks of posturing by some voters and coaches by not admitting the Big Ten teams into the rankings, they finally added the conference into the mix after the opening weekend of action for the conference. The Buckeyes were a top-five team last week despite being left off some ballots. Now, Ohio State is back where it should be in the polls — up with Alabama and Clemson among the best teams in the country.

No matter how the Buckeyes got their first win of the season, they’ll take the victory and move on to next week, when they’ll travel to No. 17 Penn State for a primetime showdown.