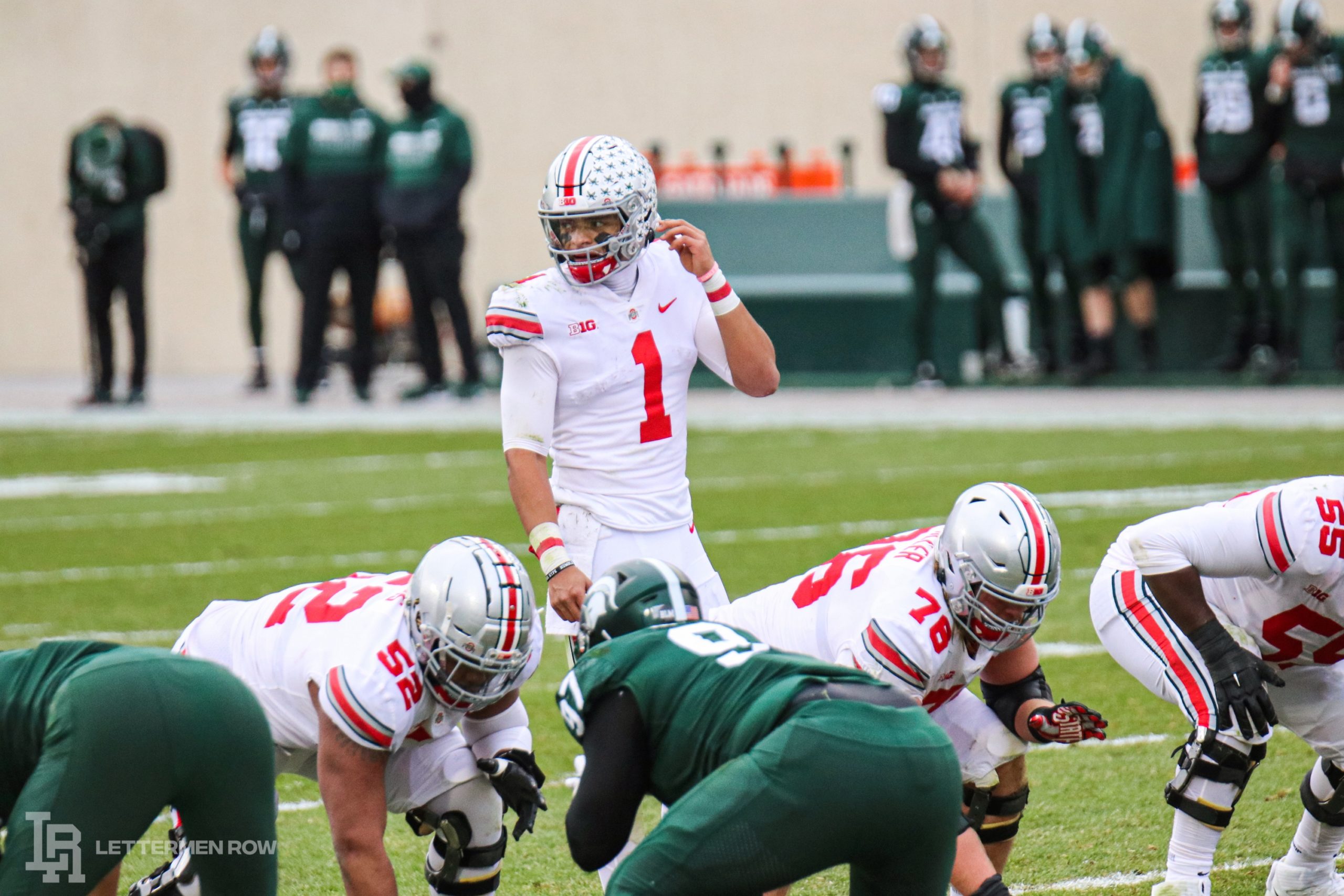 Justin Fields and the Buckeyes are still near the top of the polls. (Birm/Lettermen Row)

The Buckeyes had their rivalry game against Michigan, the game circled on the calendar all year, canceled due to COVID-19 cases in the Wolverines program. But they also found out they’ll be eligible for the Big Ten title game despite only playing five games.

Ohio State didn’t play Saturday, but it still stayed where it needs to be in the new polls. The Buckeyes checked in at No. 4 in the latest Amway Coaches Poll. Alabama retained the top spot for the sixth-straight week, ahead of Notre Dame, Clemson, Ohio State and Texas A&M.

Alabama was the only team in the top five to play Saturday; Notre Dame and Clemson had an off-week, while Texas A&M’s game was canceled. And of course, the Buckeyes rivalry matchup with Michigan was not played for the first time since 1917.

The frustration of a year without The Game quickly faded away once the Buckeyes were given word they are headed to the Big Ten title game, where they’ll have a shot to win their fourth-straight conference crown and make their second-consecutive College Football Playoff appearance.

“They were frustrated, they were angry,” Ohio State coach Ryan Day said on his radio show on 97.1 The Fan on Thursday. “But they were able to quickly transition even though we’re really disappointed we’re not playing these guys. … But it was good to give them some good news, and it was a deep sigh of relief knowing that we’re going to be able to play in the Big Ten championship game.”

Now, the preparation for a fourth-straight Big Ten title has already begun.