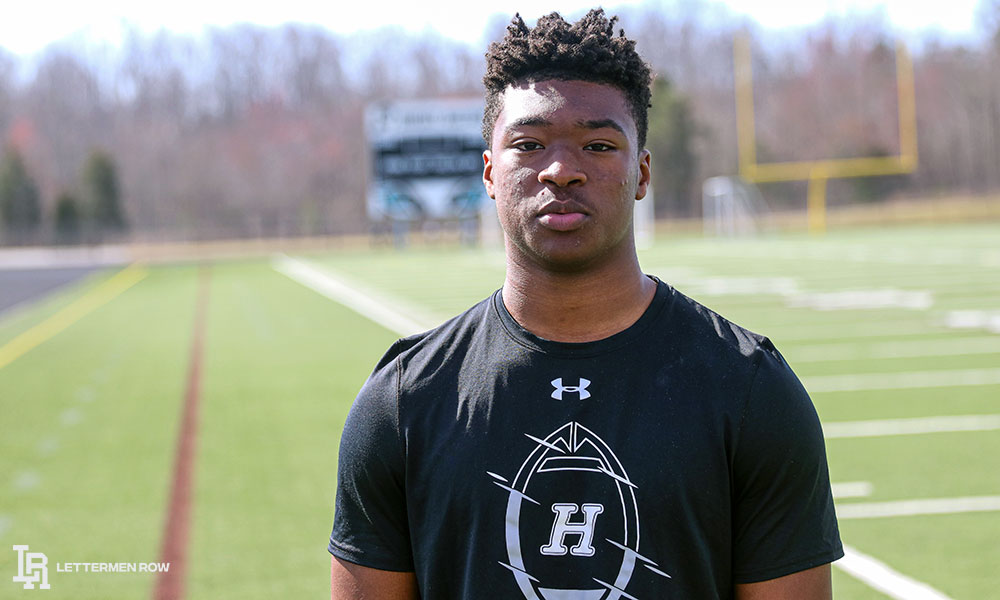 Ohio State running back Evan Pryor is pushing for a role right away. (Birm/Lettermen Row)

COLUMBUS — Ohio State outdid itself on the recruiting trail in the last cycle.

Even for the Buckeyes sky-high standards, the 2021 class is one of the best the program has ever signed, including the second-highest per-player average in school history.

Now the recruiting process is over, though, and some of the next stars at Ohio State are already on campus preparing for their freshman season. The 15 members of the country’s No. 2 recruiting class are set to begin their first set of spring practices on March 19. And they’re looking to make an early impact in their Ohio State careers.

The Buckeyes coaching staff is already impressed with what they’ve seen so far from the newest members of the roster.

“The maturity of these guys is off the chart,” Ohio State coach Ryan Day said last month. “The leadership of these guys is excellent. All the feedback we’re getting from our people, these 15 guys have a chance to be special. While they haven’t done a ton working out yet because some of them are still working through the quarantine phase and different things, I can tell you that they’re very, very talented as well. Really have a chance to come in here over the next six and a half weeks and get after it, get stronger, understand our culture and then compete in the spring to play.

“Really, really excited about this group.”

There are plenty of five-stars, big names and future studs among the early-enrollee freshmen. Lettermen Row is breaking down four of them who are flying under the radar and could surprise. 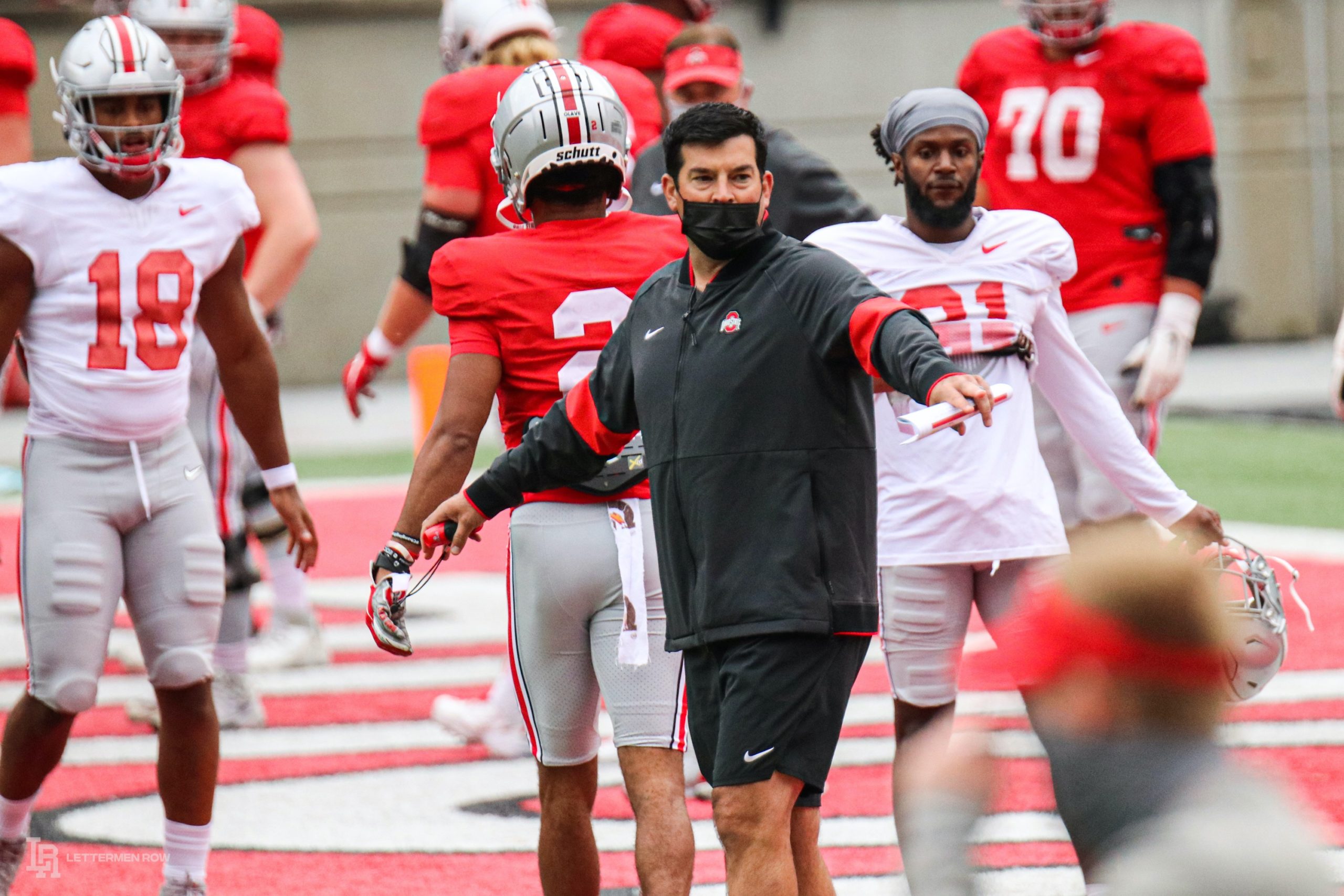 The Ohio State running back room will be under the microscope this spring, and with six capable backs wanting carries, there’s good reason to pay attention to the backfield. One of those capable ball-carriers is freshman Evan Pryor, a top-100 prospect who has been overshadowed by fellow freshman running back TreVeyon Henderson. Pryor has elite ability when getting carries or when catching passes out of the backfield. He’s a versatile weapon who would likely be a major storyline in any other class. In this recruiting class, all the buzz surrounds Henderson. Don’t forget about the talent of Evan Pryor.

Jantzen Dunn is joining an Ohio State secondary that is searching for answers after its performance last season. The Buckeyes recruit talented defensive backs every year, and Dunn is yet another skilled athlete who could play anywhere depending on where he is most needed and fits best. As Ohio State looks to reload its secondary and get back to the B.I.A. mantra it lives by in the back end, Dunn could sneak up and surprise some in the spring practice period. The top-200 player has plenty to prove, but he has the talent to do so. 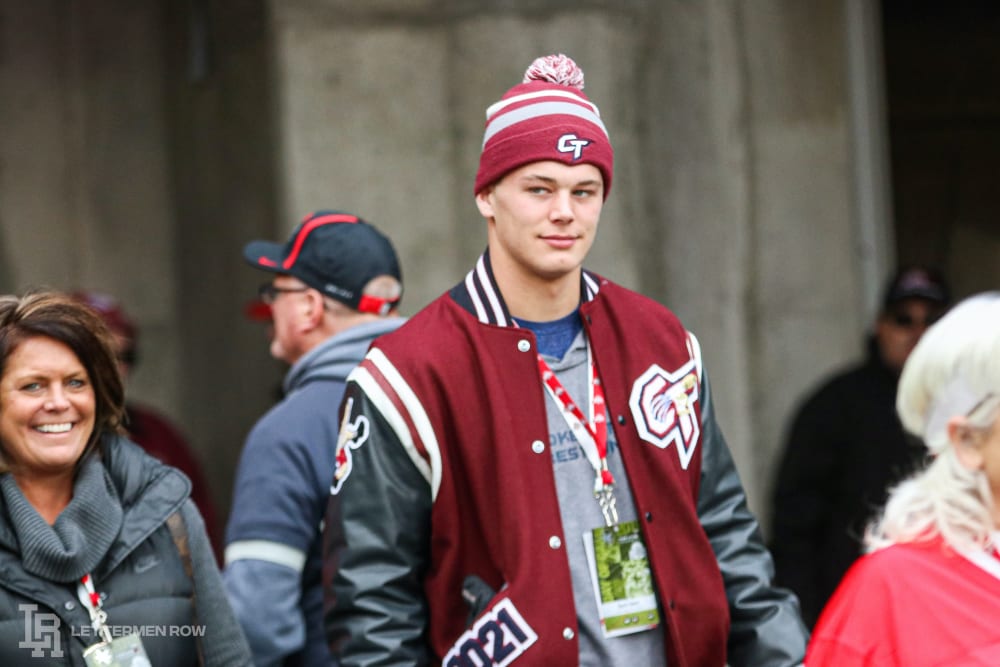 Sam Hart could break out as an option at tight end for Ohio State. (Birm/Lettermen Row)

Ohio State had one of the deepest tight end rooms in the country last season, boasting three players at the position that could have all started. Luke Farrell and Jake Hausmann are now gone to the NFL; Jeremy Ruckert returned for another season. Ruckert will be a superstar for the Buckeyes offense. But the Buckeyes will need a second tight end to line up with him. The Buckeyes love their two tight-end sets, and with an open spot as the second option, Hart could step in and make an immediate impact. The former high-school wrestler is a capable blocker and pass-catcher, but he’ll have to beat out fellow talented tight ends Cade Stover and Joe Royer this spring.

Ohio State has plenty to replace from its national runner-up season a year ago. One of the most important replacements? The punter, a spot Drue Chrisman held for four years. Now, the Buckeyes need somebody to step in, which is why they went Down Under to find Jesse Mirco, a 23-year-old punter from ProKick Australia. Mirco, the second punter for the Buckeyes from that program, will head into spring practice as the starter for a team that doesn’t need to use its punter often. But when Ohio State does need Mirco, he’ll need to be productive in flipping the field. That starts this month.