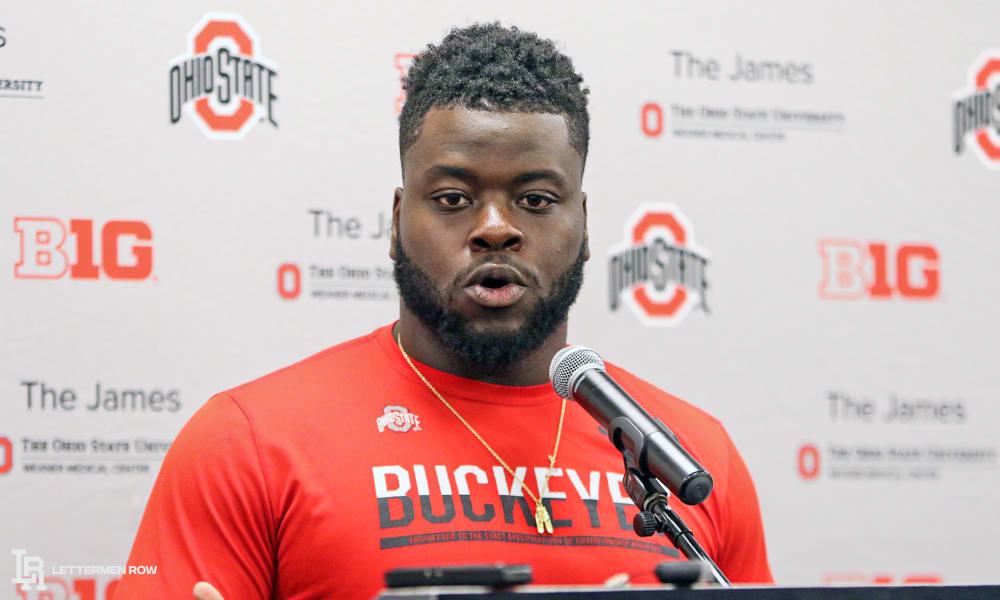 But he heard they were sloppy. Missed tackles and defensive gaffes were a key part of them. Maybe that’s why coach Ryan Day, co-defensive coordinator Jeff Hafley and Landers all addressed the idea of missed tackles and how to avoid them Saturday when the Buckeyes kick off their season against Florida Atlantic.

Ohio State has joined a growing number of teams in college football who don’t tackle often in practice. For Landers, it wouldn’t matter. The Buckeyes just have to make sure their tackling isn’t an issue.

“We’ve emphasized that a lot on a day-to-day basis,” Landers said. “Even days when we’re not fully in pads and we’re not hitting, we’re going through the mechanics of tackling. Pressing the hip, taking proper pursuit angles. That’s one thing we struggled with last season, and it put us in a bind in quite a few games.

“Tackling, that’s like the meat and potatoes of a game.”

As the Buckeyes prepare to take the field Saturday, Day has even went as far as making tackling his top priority he wants to see from Ohio State early this season.

Tackling and ball security. Day’s first two talking points are pretty basic on paper. But those things aren’t always easy heading into a first game of the season. That’s why since Urban Meyer put the coach’s whistle around Day’s neck at the Rose Bowl in January, Day has preached toughness.

“So much of [tackling] comes with being tough,” Day said. “We talked about it all along, how tough you have to be. I watched a documentary after the game the other night. Woody Hayes was talking about toughness for, like, 15 minutes. It was really cool because that’s the essence of Ohio State. We hit it right on the head with this thing. It’s all about toughness.

“Tackling is being tough.”

Toughness can’t be practiced. But it can be preached, and Day has repeatedly done that. Tackling is practiced some, but not often. Those tackling reps are important for the defense.

The limited tackling in practice wouldn’t matter if the Buckeyes did it every day. It’s not a game. For the defense, the practice is nothing like tackling in front of 100,000 people in Ohio Stadium for the first time since November.

“I feel like we have [addressed tackling],” Landers said. “But at the same time, it’s one of those things where you can simulate practice to be as close to the game as possible, but practice is not the game. The atmosphere, the tempo of the game, the environment as a whole sometimes can catch you off-guard if you haven’t been there.”

Ohio State brings back its entire stable of linebackers, one of the deepest defensive lines in the country and a secondary that seems to have reloaded after an uncharacteristic down season last year. Most of them have been there before.

The last few months of preparation don’t just become moot at noon of Week One. The Buckeyes have done plenty of work leading up to the opener, but tackling can’t be sure enough until Ohio State takes the field.

“Whoever we were going to play in this first game, we have to worry about ourselves,” Hafley said. “I’m sure Coach Day talked about it, but we have to tackle. We have to run and tackle, and we have to do our job. If we do that, and we do it as long and fast and hard as we can, then hopefully, we’ll have a good day.”

While Landers didn’t catch the missed tackles and sloppy play from last week’s games, Day did.

As he continues to lecture about tackling to guys who have been tackling their entire lives, he’s hopeful Ohio State won’t miss many tackles when it opens the season.

Will he see sloppy defensive play from the sideline?