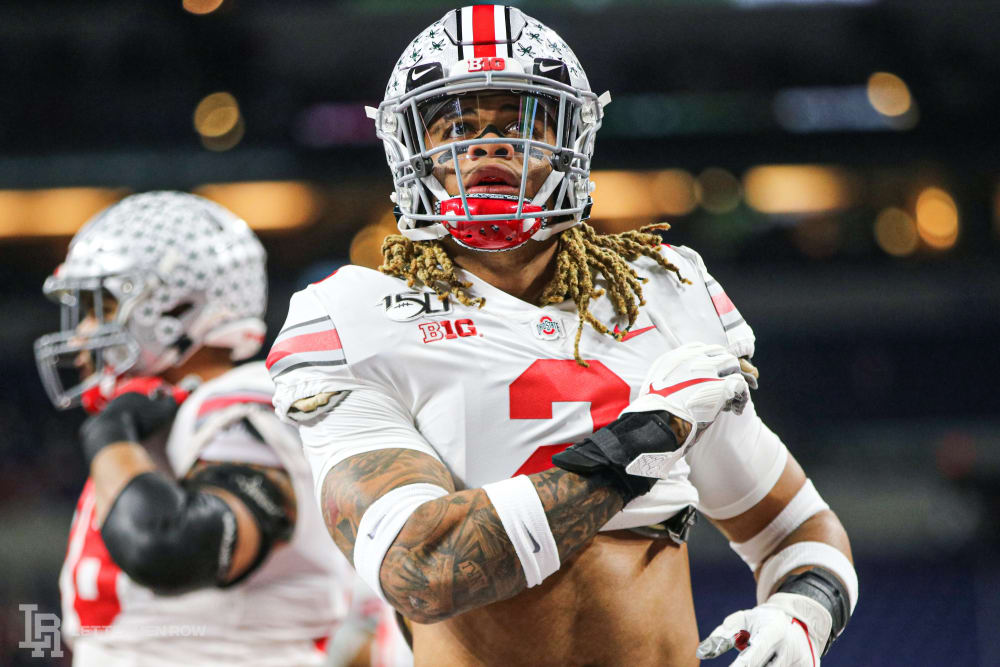 COLUMBUS — The Fiesta Bowl isn’t this Saturday, but it’s a Game Week at Ohio State.

The Buckeyes were a little lighter on the practice field last week, treating it more like an off date while a handful of players were traveling around the country on the awards circuit and the coaching staff hit the recruiting trail.

But the focus is fully on Clemson now as Ohio State put the pads back on for the first of three workouts in the Woody Hayes Athletic Center before heading to the desert. And the intensity has been kicked back into gear to make the most of the time the Buckeyes have in what is a bit of a compressed schedule compared to some previous years for the program.

“This is the situation, now we got to deal with it, maximize our situation better than our opponent,” Ohio State coach Ryan Day said. “That’s what it comes down to. To say it’s easy? No, it’s not easy. It’s a lot. You talk about getting worn down and running from day to day as hard as you can go, waking up early in the morning, going to bed late at night, flights, everything else. There’s a lot that goes in into it.

The Buckeyes will turn the players loose after practicing again on Tuesday and Wednesday, giving them a Christmas break since their actual holiday will be spent at the Fiesta Bowl. That practice schedule and Day’s approach this week is just one thing Lettermen Row learned during a media session at Ohio State on Monday.

The primary focus is on the strength of the left knee of Justin Fields, but the quarterback is obviously not alone in dealing with some bumps and bruises after a long, physically-taxing season. And the week of rest and recovery was every bit as important for guys like versatile defensive back Shaun Wade, who missed the Michigan game with an injury and still didn’t appear to be completely back to full strength in the Big Ten title game.

“I’m good,” Wade said before practice on Monday. “I’m going to be straight, I’m good, I’m healthy. Just have to prepare now for Clemson, for real.

“[Not playing at Michigan] was probably one of the tougher things I’ve went through. I’d been waiting my whole career for that game. But we’re past that, and at the end of the day we’re in the final four, so we just have to prepare for that.”

Jeff Hafley is leaving, but at this point Ohio State isn’t expecting any additional staff members to follow him out the door to Boston College.

There are natural ties for Al Washington to his alma mater, and after being tied to the search from the start as a potential option as a head coach, his name has continued to come up as a possible defensive coordinator pick for Hafley’s first staff. Of course, Washington also has deep ties to Columbus, and while he’s not a coordinator for the Buckeyes, there’s generally a perception that he already has the better job between those two options — and one that could still catapult him to the next level in his career.

“If [leaving for Boston College] is what he would want to do, I’d be very, very surprised,” Day said. “Be shocked, to be honest with you. If that’s what he wanted to do, I’d support him. I don’t see that happening at all.”

Importance of Tyreke Smith ramps up for Buckeyes

Ohio State has shut down Jonathon Cooper now for the rest of the season. And while the return of the senior captain is a huge bonus for next year, when it comes to the College Football Playoff that means more work for the younger defensive ends.

Zach Harrison continues to improve as a freshman. Tyler Friday is making an impact and gaining a bit of confidence and momentum. And after again dealing with injury setbacks, it seems like Tyreke Smith might be ready to finally take off the way he envisioned he would during his sophomore season before his health slowed him down.

“These last few games I’ve been playing [after] I broke my hand,” Smith said. “I had a little fracture in it, but I think I’m feeling pretty good. I know the health issues have hindered a little part of my game, but I’m not letting that be a blockade on me.

“I’m going to keep pushing, keep grinding and keep doing what I’ve got to do to make sure my body is right.”

After a season of facing different looks seemingly every week as defenses tried to find ways to crack the Ohio State offensive line, there isn’t much that group hasn’t seen. But the dynamic, attacking unit Clemson can throw at the Buckeyes is famous for its creativity, which has put more pressure on the film study for key blockers Josh Myers and Jonah Jackson in the middle of the trenches.

“It’s about just being able to identity things and pick them up on the fly,” Jackson said. “If you’re going to try to predetermine what they’re going to bring, you have to study them up on film, study up on their tendencies and then pick it up from there.

“I’d say that’s been going pretty well [over the course of the season]. There were a few mishaps, and there always will be. But for the most part, I feel like we’ve done a pretty good job of that.”