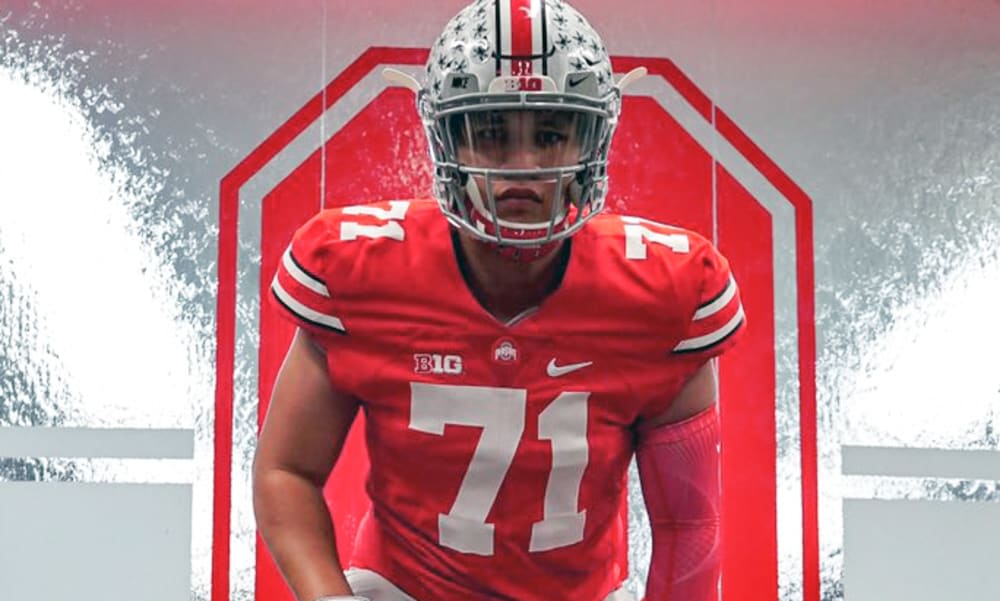 A varsity leap was in the offing as a freshman for Enokk Vimahi.

His older brothers already were carving out college-bound careers on the football fields of Hawaii’s Oahu Island, and Kahuku High School’s coaches had requested that Ennok be elevated to the main squad.

“His dad wanted him to get his own identity. He could have played as a freshman.”

The Vimahi identity, Carvalho explained, is intertwined with both their Mormon faith and the game of football. Aliki Vimahi signed with the University of Utah in 2017 and has been serving his Mormon mission. Their father, David, was an offensive lineman at Brigham Young University for legendary Cougars coach LaVell Edwards.

Now Enokk Vimahi is preparing for the 4,490-mile journey this summer from the island to Columbus after the consensus four-star offensive lineman’s signing earlier this year as part of Ryan Day’s inaugural class of Buckeyes.

It’s a new chapter for a proud, close-knit community.

“That’s what he told everybody and his teammates, it’s good to be uncommon,” Carvalho said. “Keep the big picture, there’s a lot of opportunities and now a lot of players in our program see it. ‘Inoke’ can make it, we just last year had one go to Washington, one to Navy. It’s a great opportunity for everybody to see.

“Everybody’s kind of thinking USC or Utah, but he did Ohio State. Nobody had even went to Ohio State. Now all of a sudden, we’ve got Ohio State flags flying up in this little community on the island.”

It’s the family background, according to Carvalho, that allows Vimahi to chart his own path.

“It is his upbringing in the Mormon faith, and a stable household,” Carvalho said. “The family are very involved in their lives and the community. A lot of those things are attributed to his community, he’s a confident kid and comes from a good household.”

Not surprisingly, Vimahi’s on-field confidence comes from his natural leadership traits and athleticism. His size — 6-foot-4.5-inches, 265 pounds — is large, but it his ability to move that frame is a unique attribute. One Vimahi now is blending with an even surlier attitude — on the field, that is. 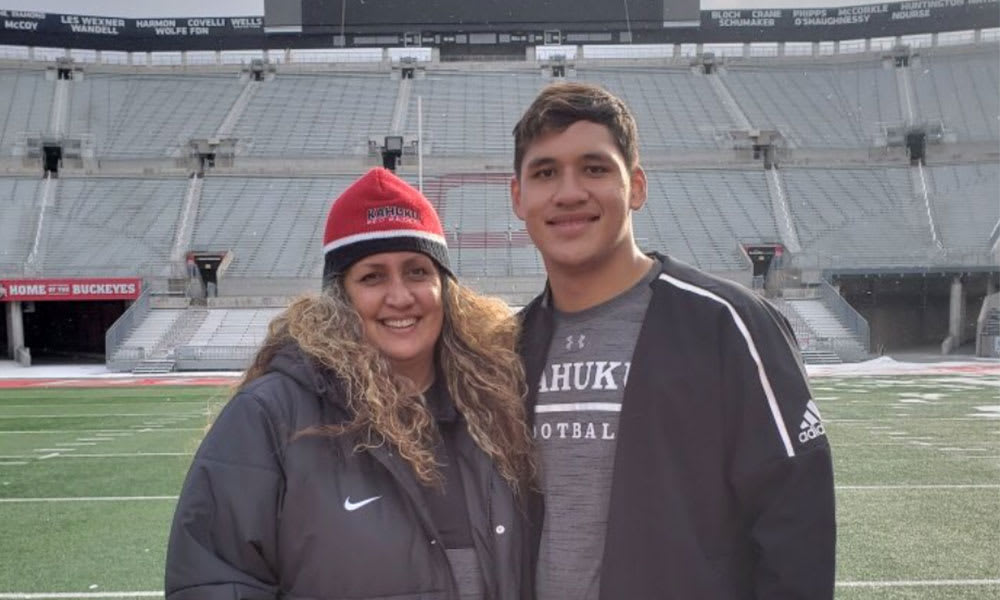 “The whole community knew when he was already playing Big Boys, that’s our intermediate, he was special as an eight-grader,” Carvalho said. “Not just big, but truly athletic for a big guy. Great feet, great attitude off the field. That’s how everybody knows him, off the field. He’s the guy that carries everybody’s stuff, says, ‘Yes, Mom; Yes, Dad.’ But we knew he was special in his intermediate years.

“Every year, though, he got more nasty and nastier, and that just came with confidence.”

Now’s the time for Enokk Vimahi to make another leap.