COLUMBUS — The first appearance in a series that crowns legends turned Dwayne Haskins into an overnight star at Ohio State.

That was off the bench, of course, which is part of the reason it was so unforgettable. But now the redshirt sophomore actually gets to start in The Game, and Haskins has a chance now to leave a legacy against Michigan that could stand the test of time despite only including about six quarters of action.

Such is the power of the rivalry that leading one comeback as backup in the cold, on the road and against one of the nation’s best defenses and following that up by winning the Big Ten’s East Division while rewriting the school record books in his only season as the first-team quarterback could essentially make Haskins immortal with the Buckeyes.

“The amount of time and effort that you put into these games,certainly there’s no bigger than this,” Ohio State coach Urban Meyer said. “You know, the word pressure absolutely is there. For someone to say there’s no pressure that’s not true. … Dwayne Haskins is going to feel pressure, but he’s got to have confidence with [offensive coordinator] Ryan Day and myself that we’re going to put him in the right positions.

“The quarterback position is the most unique position, in my opinion, in really all of sport, where everybody’s relying on you. Everybody’s looking at you.” 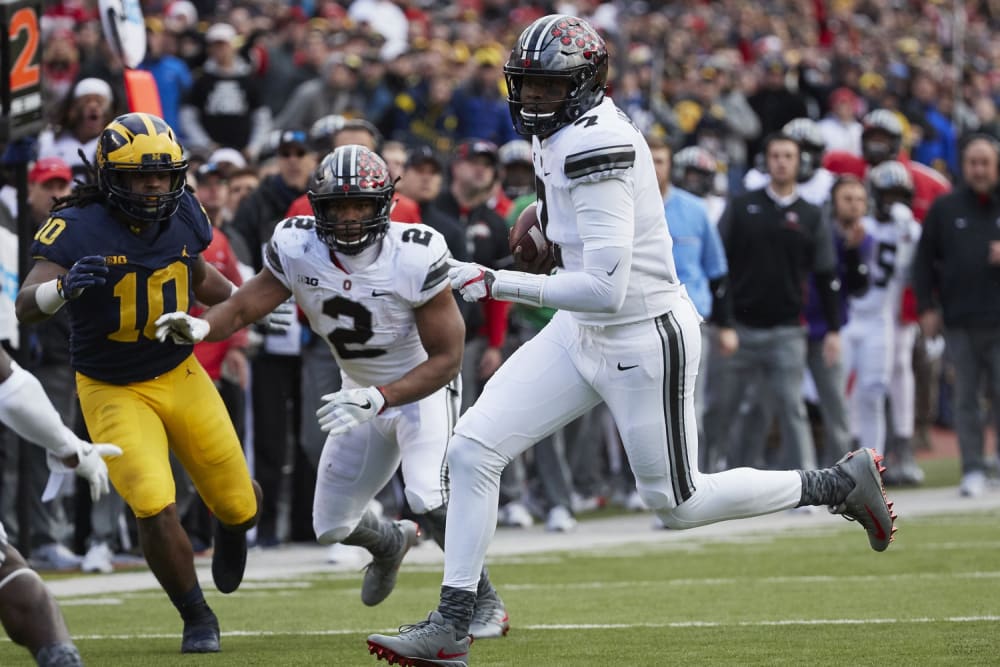 The spotlight never shines brighter than in the rivalry with Michigan. And with the stakes at their highest with the programs fighting over a division championship and the chance to stay in the College Football Playoff race while also trying to claim those invaluable bragging rights, somebody will leave the Horseshoe on Saturday afternoon as a star who will be remembers for decades to come.

Haskins has already done that once, of course. And in a Throwback BuckIQ episode, another Ohio State quarterback who delivered in The Game and set a bunch of records looks at just what made Haskins so effective off the bench last year in the Big House. Troy Smith was in the Lettermen Row film lab earlier this season to analyze what Haskins did in leading the comeback, and with the encore performance coming up this weekend, we’re going back for a second look to help set the scene for The Game.