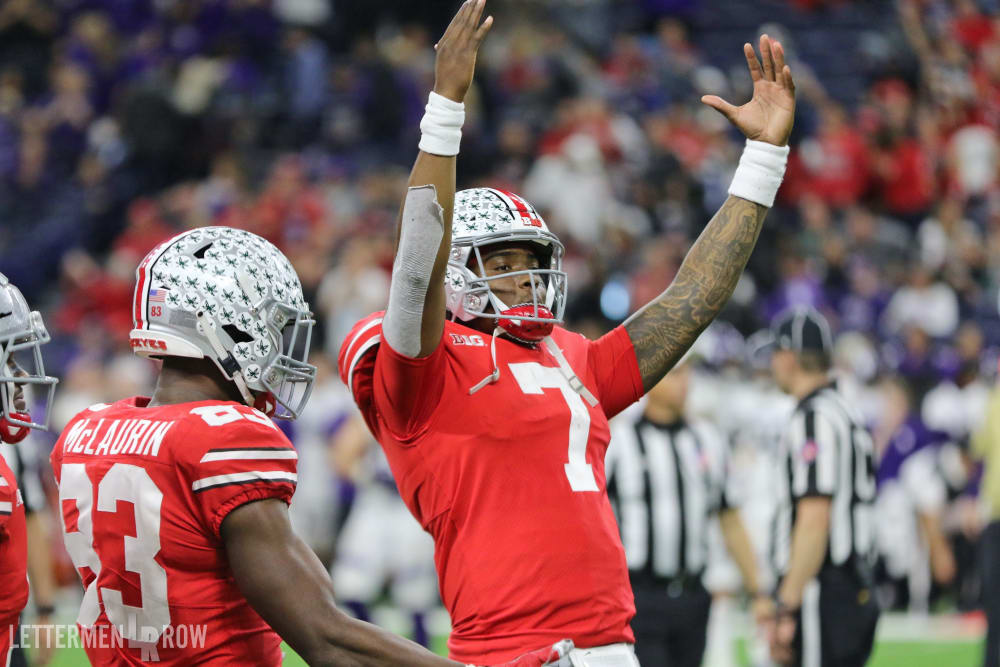 COLUMBUS — After all the broken records, a season full of accumulating awards and one more dynamic performance in the Big Ten championship, Dwayne Haskins has one more major trophy within reach.

The Ohio State quarterback is a finalist for the Heisman Trophy and was invited on Monday night to the presentation of the most famous hardware in college football this weekend in New York.

The redshirt sophomore will be joined by Alabama quarterback Tua Tagovailoa and Oklahoma dual-threat weapon Kyler Murray, two friends of his who might both have better odds of winning but are getting pushed late thanks to the remarkable finishing stretch from Haskins.

“It would mean the world [to be there],” Haskins said on Sunday. “Quarterbacks, we all are the alpha males, we all compete against each other at all the camps and we all know about one another. Kyler coming out of high school was the best quarterback in the country. Tua at Elite 11 camps was like a God. To be able to be in the same conversation with them makes me feel like I put the work in to be considered the best quarterback in the country.

“I have much respect for those guys.” 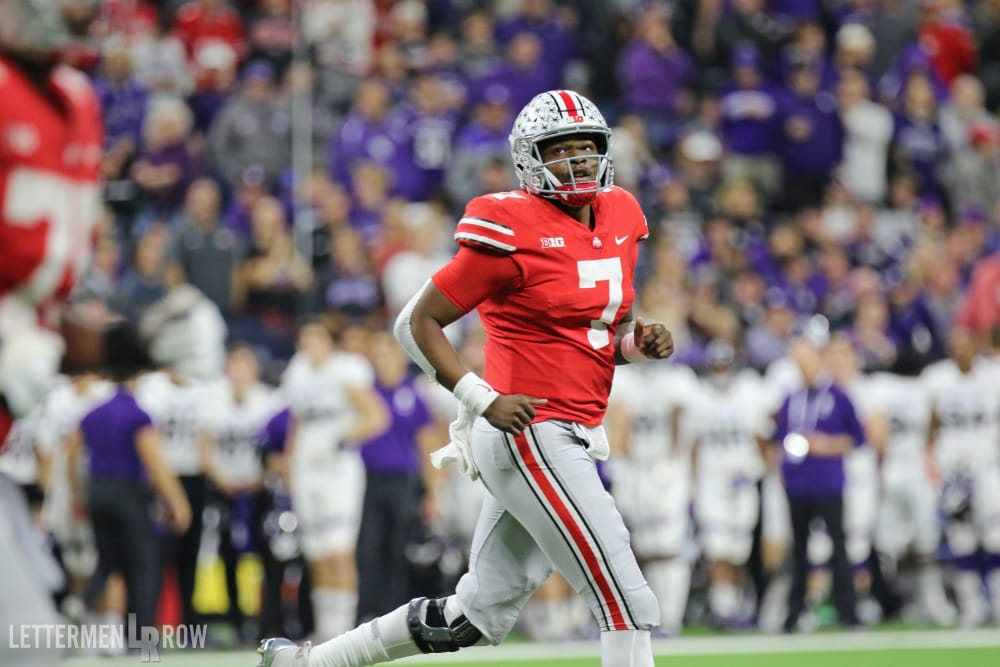 Ohio State quarterback Dwayne Haskins has been on a tear down the stretch for the Buckeyes. (Birm/Lettermen Row)

Haskins has commanded plenty himself in his only season as the starter for the Buckeyes, rewriting the record books at seemingly every turn while accounting for 51 touchdowns, more passing yards than any quarterback in the country and leading the program to another conference championship.

Beyond that, Haskins built himself into a leader Ohio State could count on as he grew more comfortable with his responsibilities to set the tone offensively. And by the end of the season, he was even getting a full-throated endorsement from Urban Meyer, which is notoriously difficult to earn from the Buckeyes coach.

Haskins is the first Ohio State player invited to the ceremony since Troy Smith lifted the statue in 2006, an honor fueled in part by the way he carved up two of the best defenses in the Big Ten with 11 combined touchdowns to claim both division and conference crowns.

“That’s one of the best performances in the last two weeks in college football history,” Meyer said. “I’ve been lucky. I’ve been there with Alex Smith. I’ve been there with [Tim] Tebow three times. I kind of thought the other guys should have had a chance. I don’t know why they cut that list. Usually they brought five guys. J.T. [Barrett], I thought should have went. Braxton Miller one year, I thought should have went. That’s such an incredible experience for those players to bring them.

“But [Haskins] is going one way or the other. I’ll fly him there myself. The way he plays and his stats against those other quarterbacks, he’s got to go to New York. I don’t know if he’ll win it because I don’t know who’s making those decisions.”

The votes are in now.

Haskins made the cut as a finalist, and he can’t win it without getting invited to New York first.