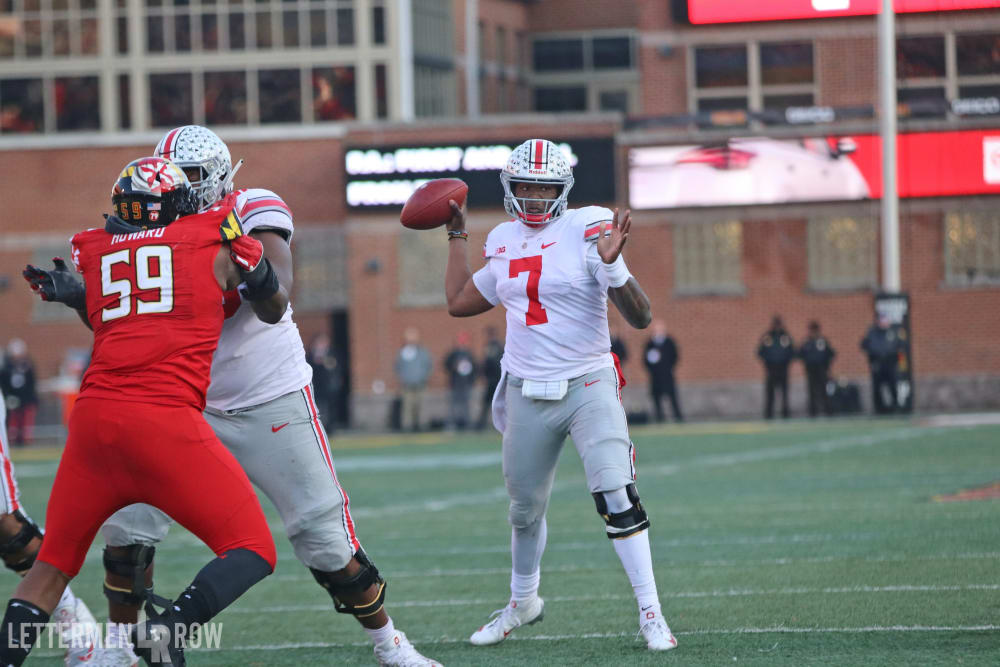 Ohio State quarterback Dwayne Haskins was named the Big Ten offensive player of the week for the fifth time this season. (Birm/Lettermen Row)

The redshirt sophomore delivered perhaps the finest overall performance of his career in leading the Buckeyes back to a thrilling overtime victory on the road against Maryland. And along with the team win, more individual acclaim came his way on Monday when Haskins was name the Big Ten Offensive Player of the Week.

It’s the fifth time this season he’s earned the honor, tying the conference record held by former Ohio State quarterback Troy Smith — a mark he established on the way to winning the Heisman Trophy in 2006. Haskins has been in the mix for that award all season as he’s rewritten the record books for the Buckeyes, and while he’s falling a bit behind the leaders, outings like the one against Maryland and the possibility of leading his team to a Big Ten East Division title by beating rival Michigan could thrust him right back into the picture.

Haskins was phenomenal against the Terrapins, throwing for 405 yards and three touchdowns while also adding 59 yards and three more scores on the ground. And even after all the other impressive performances already on his resumé this year, what he produced against Maryland still stood out for everything he did to drag the Buckeyes back from so much adversity in a wild shootout.

“He needed to take that step,” Ohio State coach Urban Meyer said. “It’s the next step in his career: The toughness, the leadership.”

The Buckeyes will need it again this week against Michigan in The Game. And if he can again deliver one of his best performances, Ohio State could be heading to the Big Ten championship — and maybe Haskins will break one more record instead of sharing it with another decorated passer from the program.