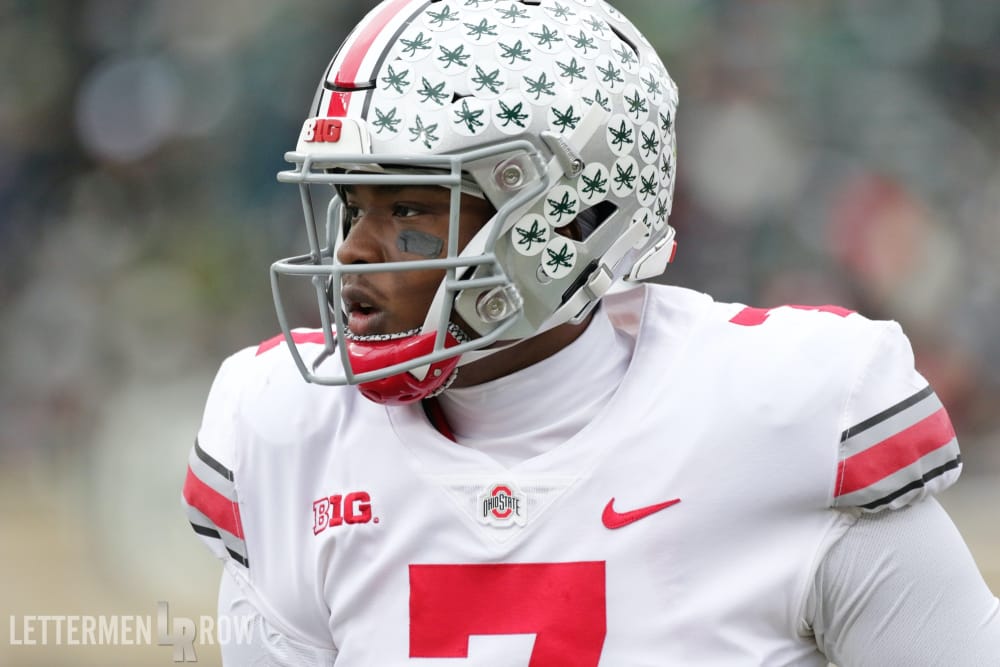 The Ohio State quarterback added to his swelling collection of awards for his record-breaking season in his first year as a starter, sweeping some of the biggest honors presented by the Big Ten on Wednesday night.

Haskins was named the first-team all-conference quarterback, the league Quarterback of the Year and also the Offensive Player of the year, more recognition for one of the most prolific statistical seasons in league history at the position. The latest hardware haul comes as no surprise since Haskins had already been named the Big Ten Offensive Player of the Week a record-setting six times this season while throwing for more than 4,000 yards with 46 total touchdowns.

“I’m not done yet,” Haskins said after helping the No. 6 Buckeyes crush Michigan last week. “I want to be one of the best to ever do it when I get done playing at this university. This is a dream come true for me. I have no words to say about, like, all we’ve done this year. It’s been a dream of mine to play here at the university for a while.

“To break all these records and to go win these games the way we’ve won these games is a blessing. And we’re going to put on a show next week.”

The redshirt sophomore wasn’t working alone, of course. And he had plenty of company on the All-Big Ten lists, with right tackle Isaiah Prince and wide receiver Parris Campbell both on the first team. Center Michael Jordan and running back J.K. Dobbins were given second-team recognition, and wide receiver K.J. Hill and right guard Demetrius Knox were presented as third-team nods.