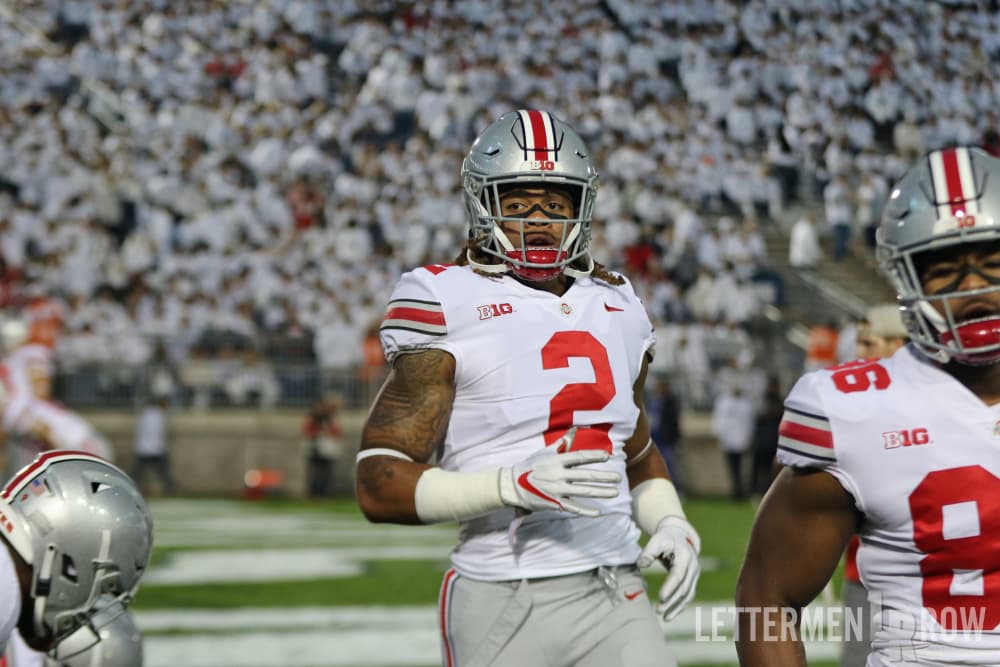 Dwayne Haskins struggled in the first half of the Buckeyes amazing 27-26 come from behind win, but the Ohio State quarterback rallied his troops and once again earned Big Ten Offensive Player of the Week honors following his gutsy performance. Defensive end Chase Young also earned the accolade this week following a coming out party of sorts for the sophomore defensive end.

🏈 Chase Young stepped up on defense with six total tackles, including three TFLs

The honor for Haskins is his third throughout the season’s first five games. It’s the first for Young, who joins Dre’mont Jones (for his game at TCU) as Buckeyes linemen to have been named Player of the Week this season.

Here are the league’s full winners for this past weekend.

Five Questions for unbeaten Ohio State heading into Indiana week
After passing biggest test, are there traps ahead for Ohio State?
Advertisement