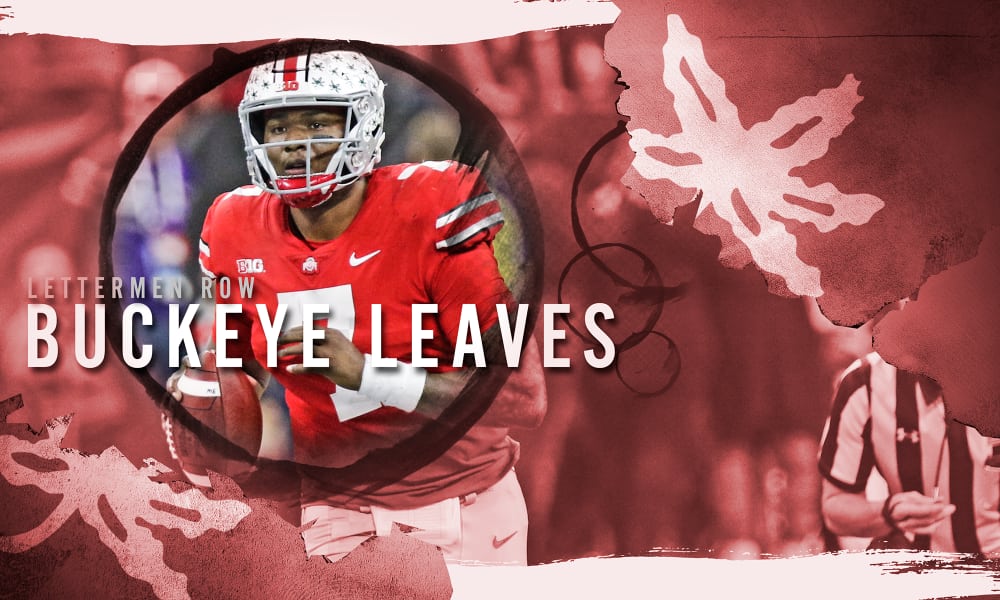 INDIANAPOLIS — Dwayne Haskins had already made his feelings clear about where he stood in the Heisman Trophy race.

The Ohio State quarterback believed even before he arrived for the Big Ten championship game that he had done enough to be invited to New York as a finalist for the most coveted individual award in college football. But beyond that admissions, Haskins has declined chances to talk about the case he’s built thanks to the most prolific season the conference has ever seen.

His play again did the talking for him as he broke more records, picked apart the Northwestern defense and accounted for five more touchdowns in the 45-24 win on Saturday night at Lucas Oil Stadium. And then when pressed again about the Heisman race, his coach jumped in to handle that part for him.

“I’ll help him with that,” Urban Meyer said. “That’s my job as a coach. He’s without question a Heisman candidate. I’ve seen the statistics of the other two great players, and there’s no doubt.

“Dwayne Haskins is a Heisman candidate, and he should be in New York City.”

Haskins will find out soon enough if the invitation is in the mail. But it’s hard to envision how he wouldn’t be in the Big Apple after adding 499 more passing yards, a Big Ten MVP trophy and finishing his only season as a starting quarterback by accounting for 51 total touchdowns.

Maybe he’s playing from behind against two other high-profile candidates in Alabama’s Tua Tagovailoa and Oklahoma’s Kyler Murray. But Haskins has absolutely finished with an undeniable flourish in the biggest games of the season, which should at least ensure a finalist spot for him.

“I mean, we got the one [that mattered] — that was the win,” Haskins said. “That’s all that matters. I could have thrown for
80 yards or 600 yards, all we needed to do is win the game. I’m proud of how we played today. Sure, one [more] yard would have been great. But we’re Big Ten East champions, Big Ten champions.

“What else would you want to be?”

Maybe a Heisman winner. And in accomplishing all those other goals, Haskins at least gave the voters plenty more to think about before submitting the ballot. 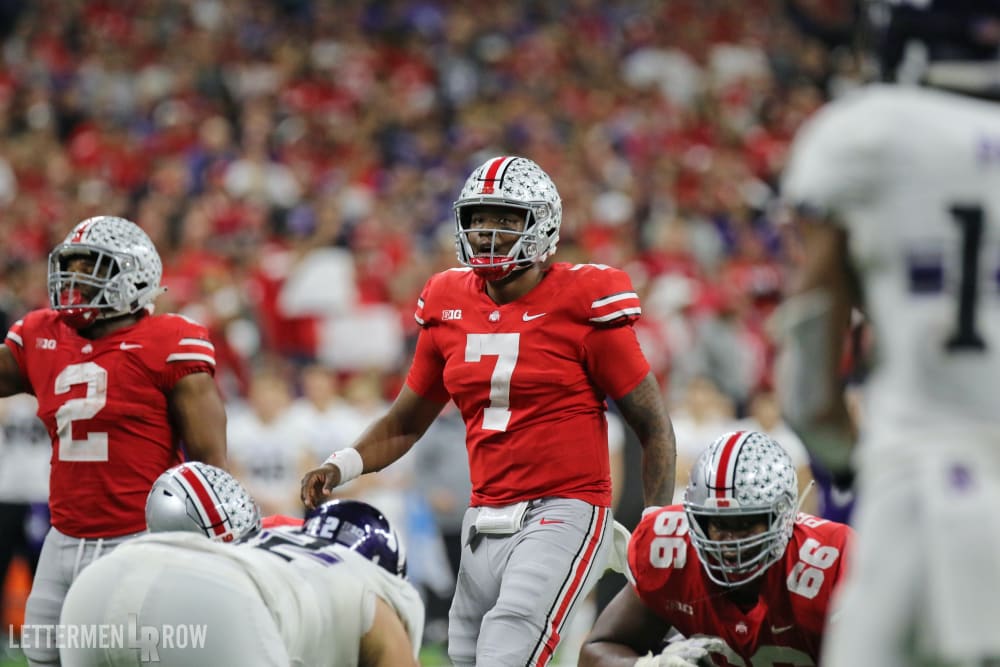 There aren’t any superlatives left to describe the impact the redshirt sophomore had in what is almost certainly going to be his only season leading the Buckeyes. Haskins was everything that was promised, from his arm strength to his toughness and the ability to command the high-powered attack. If Ohio State is fortunate enough to earn a spot in the College Football Playoff, there’s no question that Haskins gives the program a chance to beat anybody it faces. He’s a special talent, and his records might stand for quite some time. 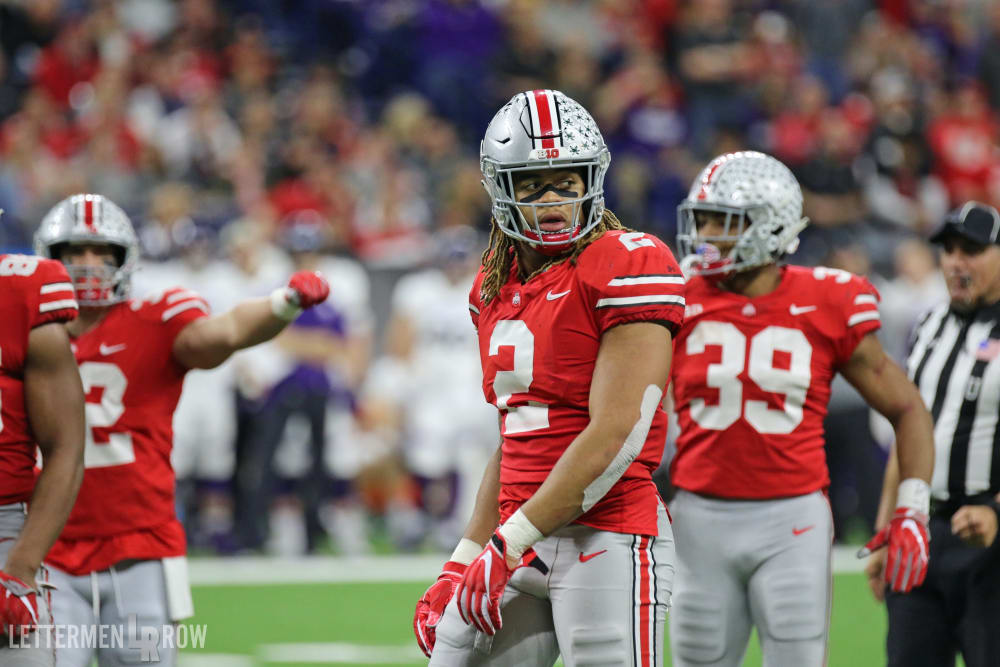 Ohio State defensive end Chase Young was a force up front for the Buckeyes. (Birm/Lettermen Row)

The sophomore saved his finest performance of the season for when the Buckeyes needed it most, and Chase Young was practically unblockable on Saturday night against Northwestern. Young finished with three sacks and a forced fumble, and he easily could have finished with more as often as he was bulldozing into the backfield and disrupting the Wildcats. He’s only getting better with experience, and Young is going to be a truly terrifying pass-rushing threat heading into his junior campaign. 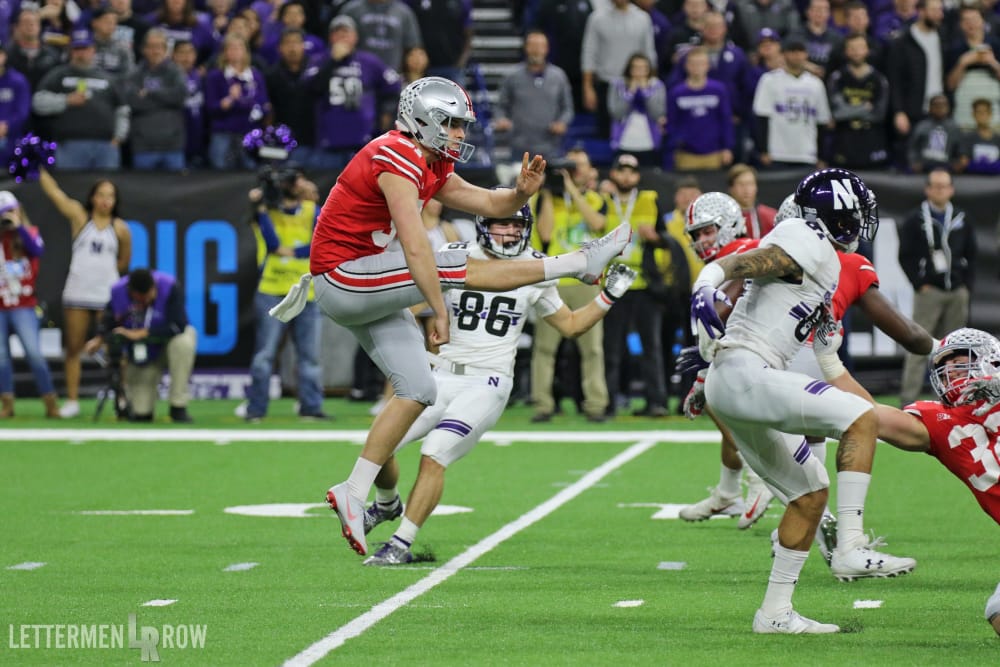 The kicking game was something of a mixed bag for the Buckeyes in Indianapolis, but they always know they can count on their strong-legged punter to help provide a jolt when needed. Chrisman flexed his strength with four punts that averaged nearly 55 yards per attempt, including a 62-yard rocket that helped swing field position when Ohio State was trying to right itself again offensively. With a couple more punts downed inside the Northwestern 20-yard line, Chrisman might have been sending a message that he was snubbed by the league voters earlier this week as the best in the Big Ten at his position.