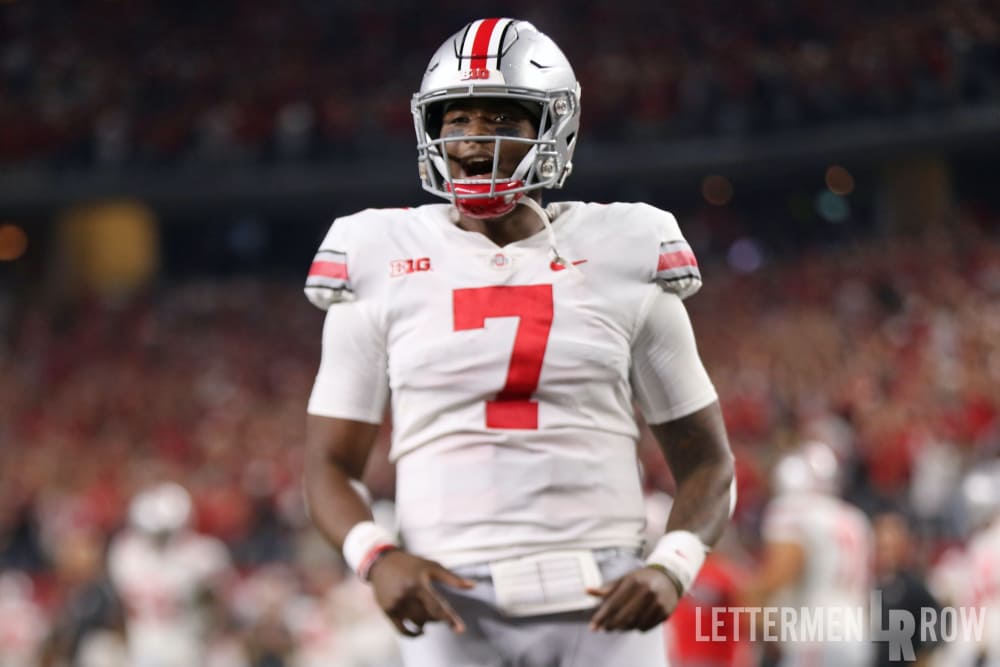 Ohio State quarterback Dwayne Haskins has plenty of opportunities to break records for the Buckeyes this season. (Birm/Lettermen Row)

Through the first six starts of his Ohio State career, quarterback Dwayne Haskins has put up video game-like numbers and is building real Heisman Trophy hype in Columbus for the first time since Troy Smith won the award in 2006.

Six regular-season games remain before the Buckeyes likely head to Indianapolis for the Big Ten Championship, which means Haskins has plenty more snaps to play this season. And that should make those six or seven Big Ten teams left for Ohio State very afraid of what he may do between the endzones.

The Buckeyes quarterback has already sniffed a few program records thus far, including most recently coming up just three yards short of tying Art Schlichter’s record of most passing yards in a game (458). However, Haskins will have more chances to cement his name into the Ohio State record books this year, and here are the five records the Potomac, Md., native has the best chance to break.

1. Most passing yards in a game

As stated above, Haskins already came within a slant route of matching or surpassing this one last week against Indiana in the most lackadaisical 455-yard performance I have ever seen. Seriously, I was shocked by that number after watching the offense struggle in the first half.

Ohio State will not face a defense inside the top-30 nationally in terms of passing yards allowed per game until Nov. 24 against Michigan. Therefore, Haskins will eat up coverages left and right, and break this record against Purdue’s 117th-ranked passing defense or Michigan State’s 123rd-ranked pass defense.

Reminder: There are only 130 Division I teams. Just saying.

2. Most passing yards in a season

Simple math: If Dwayne Haskins is lighting up defenses thus far this season and averaging nearly 320 yards in the air per game, that’s got to add up to another record, right? Answer: Yes.

Through six games, the Ohio State slinger has racked up nearly 2,000 yards passing and ranks third in the country for that mark. The current record of 3,330 held by Joe Germaine is well in sight for Haskins, and in my opinion, this one is more about when he will break it more than if he will. If he continues to average at least 320 yards a game, Haskins will be at the top of the list by over 500 yards. That’s pretty good. 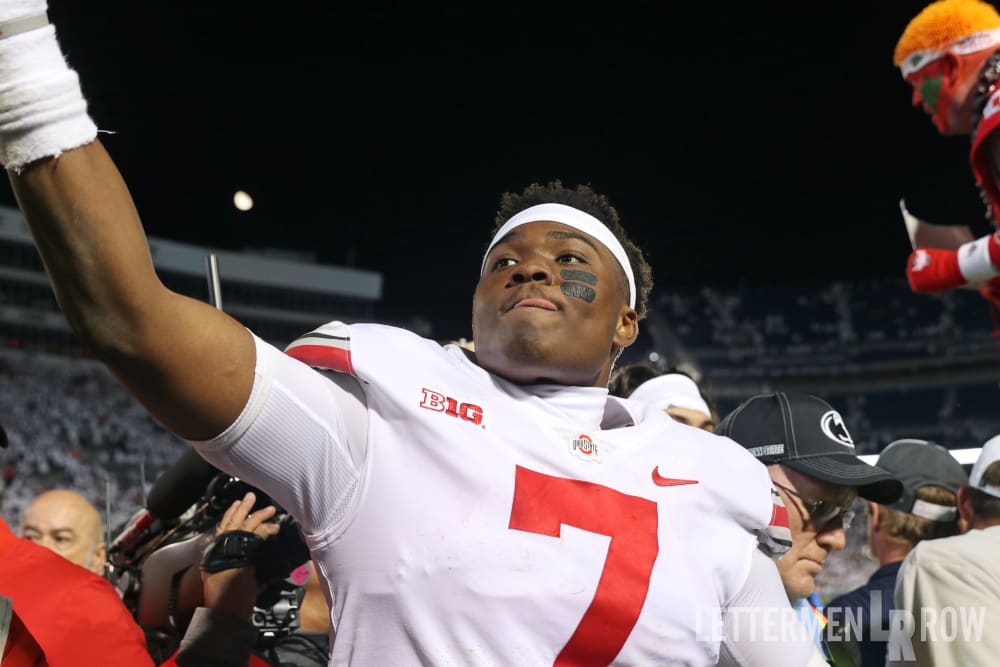 3. Most touchdown passes in a season

Similar to No.2 on this list, I also believe this is a record that holds the question of “When will he break this?” — and it could happen in the next three weeks.

Haskins currently sits at 25 passing touchdowns on the year, just 10 behind J.T. Barrett’s record of 35 set in 2016. The Buckeyes’ quarterback has thrown for at least five touchdowns in half of the games this season and doesn’t seem to be slowing down at all unless he’s taken out of the game. As long as Haskins plays at least three quarters the next three weeks, he will own this record as well.

But, who knows. He threw for five touchdowns in the first half against Tulane so anything could happen.

4. Most completions in a season

We all know he is an accurate passer, but the number of completions Dwayne Haskins has already had this season is kind of incredible.

No. 7 for Ohio State currently sits at 142 completions through six games this season for an average of nearly 24 per game. If he continues on this pace, he will finish the season with around 286 completions and knock J.T. Barrett’s record of 240 set last season off the top. We all know the legacy and records J.T. Barrett left behind when he played his final game for Ohio State, but the fact that records like this one may be broke the season following his departure is unbelievable.

However, Barrett did beat his own record from 2016 last year by seven so it has happened before.

5. Most passing yards per game in a season

When you look at the Ohio State record books and under the record for most passing yards in a season, you see the name Joe Germaine next to his 277.5 average during the 1998 season. 20 years later, that record may finally be broken.

As stated above, Haskins is averaging close to 320 yards in the air per game this season and will still face some questionable secondaries the back half of the schedule. If he remains on this pace, he will crush Germaine’s record and continue to write his Buckeye legacy before leaving for the NFL Draft in April.

He hasn’t publicly said he will declare after the season, but if you think otherwise, you’re going to be sadder than James Franklin was at 11:50 p.m. on Sept. 29.