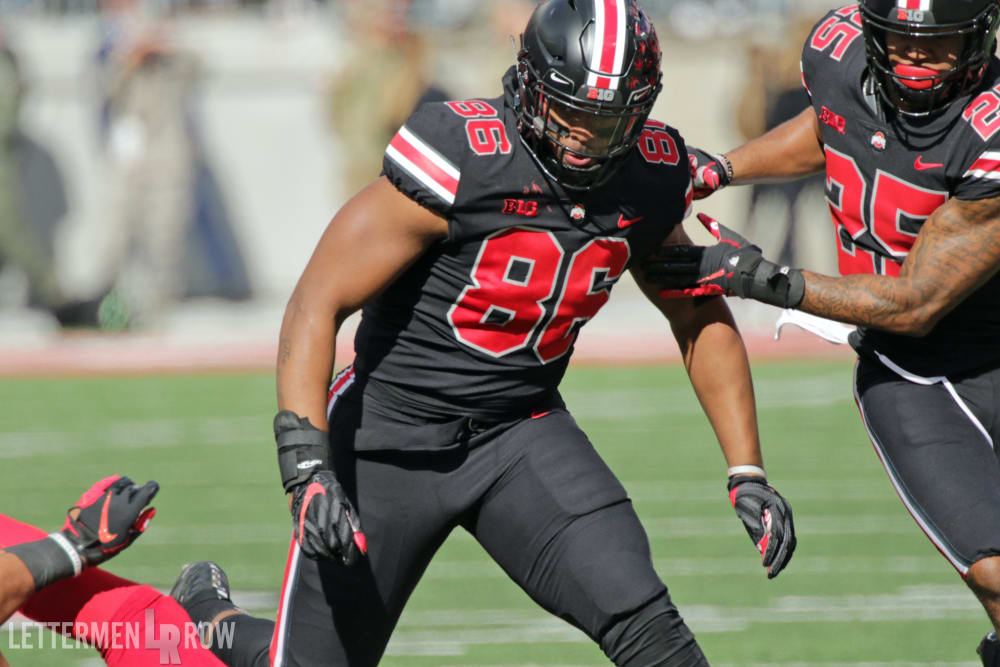 COLUMBUS — Dre’Mont Jones had his fun creating a little doubt and leaving a cliffhanger about his status for the Rose Bowl.

But the standout Ohio State defensive tackle provided a tidy resolution to that weeklong saga on Wednesday after practice, making his intentions clear that he will play on New Year’s Day.

Jones also revealed the worst-kept secret around the program by confirming he will be declaring for the NFL Draft. But there had certainly already been enough clues dropped in by the redshirt junior to know the matchup against Washington will be his last outing with the Buckeyes.

“I’m playing,” Jones said with a smile. “I kind of want to finish what I started, kind of build off what we started at first and then everything we’ve been through in the middle. I just don’t want to leave and do my own thing just yet because I’ve still got another game to play.

“I mean, no, I hadn’t really thought about [skipping it]. But there are no outside factors to weigh my options anyway. I was going to play regardless.” 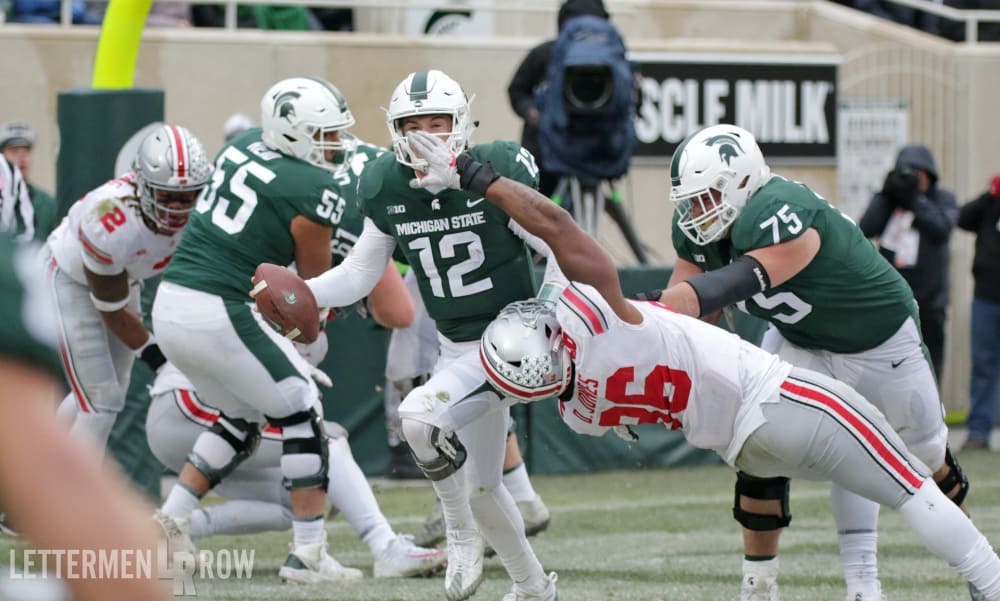 There could be plenty for Jones to weigh with his decision if he wanted, and choosing to protect his rising stock certainly would have been understandable as that practice has become more common for potential first-round picks. He’s been dealing with injuries this season, there are millions of dollars on the line and Jones isn’t likely to make much of a move regardless of what happens against Washington.

On the flip side, there’s the experience of playing in one of the most famous bowls in college football, the bond and responsibility with his teammates — and Urban Meyer’s last game to consider. And he could also improve on a statistical season that already includes 13 tackles for loss, 8.5 sacks, 3 fumble recoveries, a forced fumble, an interception and a pair of touchdowns.

“I think I had a very successful year,” Jones said. “I’m feeling good. It’s the end of the year, you have those nagging bumps and bruises that you usually have, but I’m going to be fine.

“I feel like I did everything I needed to do, and I’m trying to enhance on that in the next game.”

It will be the last one for Jones in an Ohio State uniform. But now he’s cleared up any doubt about whether he’s actually playing in the Rose Bowl.

Ohio State players met with the media on Wednesday to update the preparations for the Rose Bowl and react to the retirement of Urban Meyer. Full video interviews with the Buckeyes are available here and on the Lettermen Row YouTube channel.