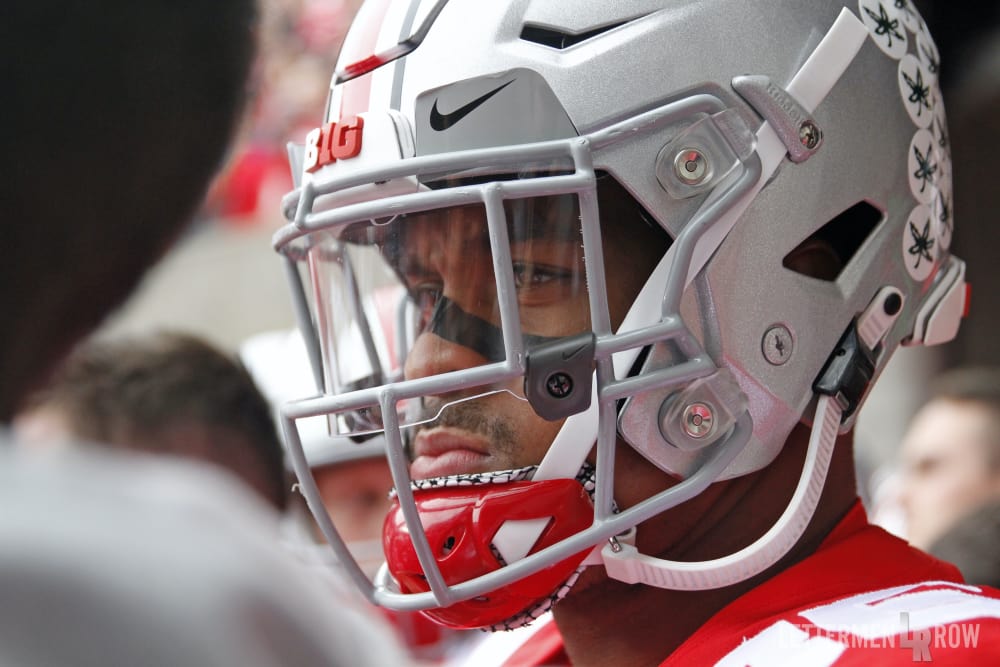 Dre'Mont Jones is listed as probable for the Ohio State Buckeyes this week. (Birm/Lettermen Row)

COLUMBUS — The Ohio State defensive line won’t have to make do without one potential first-round picks this week, not two.

The Buckeyes will still be operating without superstar Nick Bosa until at least November, but it appears defensive tackle Dre’Mont Jones will be just fine despite suffering a sprained ankle against Penn State.

Jones was wearing a walking boot immediately after the thrilling comeback over the Nittany Lions wrapped up on Saturday night, raising some concerns that one of the most valuable players on the roster might be forced to miss some time as the Buckeyes dive into the heart of their Big Ten schedule. But it appears the redshirt junior will be available this weekend against Indiana.

“Dre’Mont is probable, he has a sprain but he’s very probable,” Ohio State coach Urban Meyer said during his weekly press conference on Monday. “That was two sledgehammers going against each other, two very talented teams. 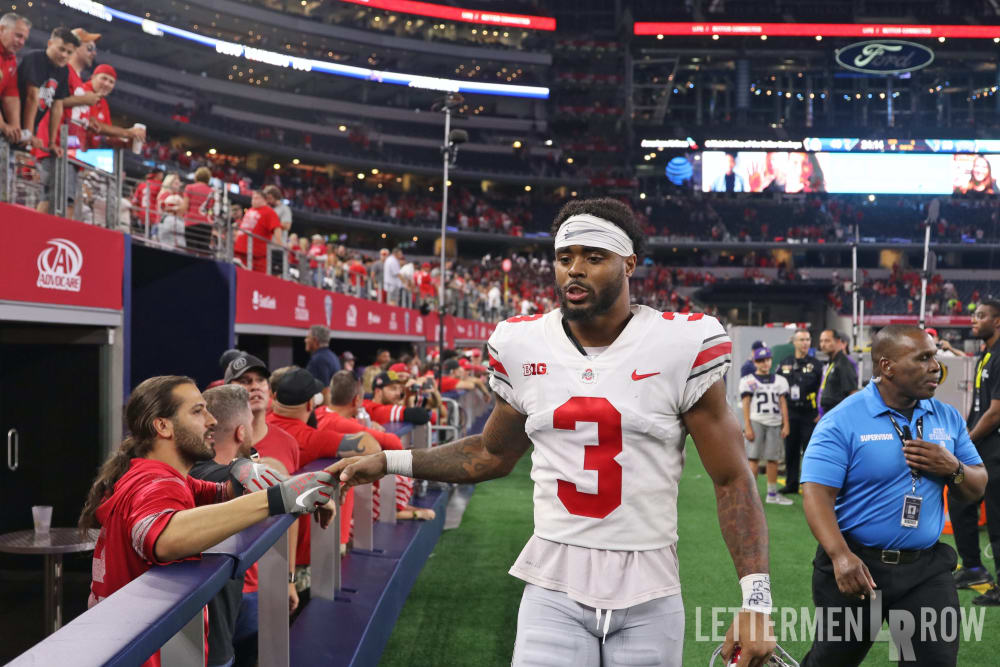 Damon Arnette is listed as probable for the Ohio State Buckeyes this week. (Birm/Lettermen Row)

The Buckeyes survived it, eventually rallying down the stretch despite Dre’Mont Jones suffering his sprain and a handful of other players dealing with injury issues.

Cornerback Damon Arnette left the game with an undisclosed ailment, running back Mike Weber was limited by a foot strain he suffered two weeks ago and defensive tackle Robert Landers also wasn’t at full strength after missing the Tulane matchup entirely.

But all of those Buckeyes are expected to have full clearance to play this weekend against the Hoosiers in a key East Division matchup at the Horseshoe.

That physical improvement bodes well for Ohio State moving forward — and it also suggests the undefeated, No. 3 team in the country still hasn’t played its best football yet.