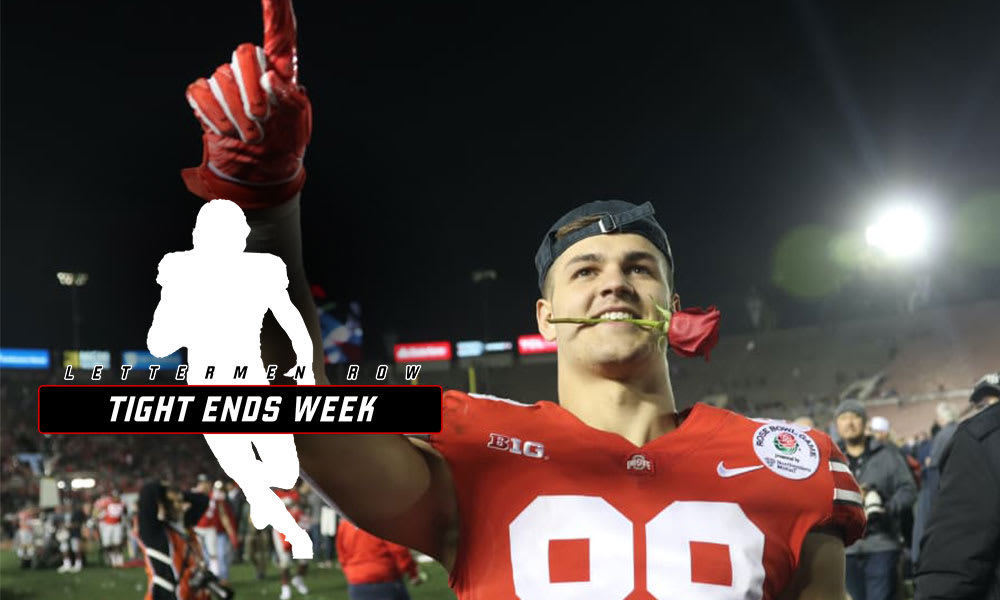 Jeremy Ruckert is due for a big year at Ohio State. (Birm/Lettermen Row)

During his time at Oklahoma and Indiana, Wilson helped yield offenses that featured productive tight ends. Some of them went on to play in the NFL.

This season, Wilson will have a stable of talented and versatile tight ends to work with. As run-blockers and pass-catchers, the tight ends have a heavy responsibility, and one of them emerged at the end of last year.

The Buckeyes may even use their tight ends in new sets and a variety of offensive formations not seen before in Ryan Day’s offense, but the tight ends are talented enough to help the offense with new quarterback Justin Fields.

As part of Tight Ends Week at Lettermen Row, we’re breaking down who the starter might be, who will play if there are two-tight end sets and who needs to make a move on the roster.

Luke Farrell, Jr.: Luke Farrell was the most productive of the top three tight ends last season. He finished the year with 20 catches, grasped importance of run blocking and emerged as the top option heading into his junior year. He even had two four-catch games against Purdue and Maryland. Ohio State has plenty of talent at key skill positions. Luke Farrell might be one of them this season.

Jeremy Ruckert, Soph.: A highly anticipated career hasn’t taken off quite yet for Jeremy Ruckert, but the former 4-star prospect from New York is set for a breakout year this season. He had just one catch a year ago for 13 yards, and that came in the season-opening win over Oregon State. Tight ends are probably never going to put up game-changing stats in the offense Ohio State runs. Ruckert may change that at some point during his career, but this might be a year when he has to earn his spot. 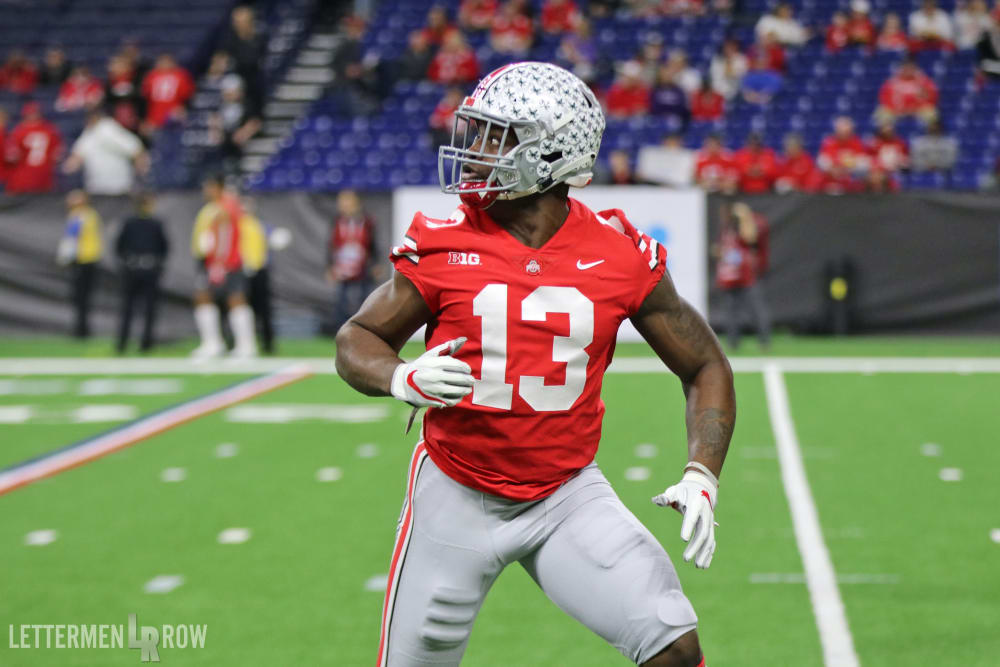 Rashod Berry will have plenty of opportunities during his senior year for Ohio State. (Birm/Lettermen Row)

Rashod Berry, Sr.: Now that he’s finally settled into a role as a tight end and not flopping between that position and the defensive line, Berry can become the best version of his offensive self. Berry bookended last season with touchdown catches last year: one in the opener against Oregon State and another in the Rose Bowl win over Washington. Aside from those two catches, though, he had just seven receptions on the year. His run blocking isn’t questioned, but he’ll try breaking out this year.

Jake Hausmann, Jr.: Hausmann will have a tough time finding the field while Ruckert, Berry and Farrell are all becoming options. The junior from Cincinnati has never been able to break out since he came to Ohio State.

Cormontae Hamilton, Fr.: Hamilton arrived on campus this summer, so he wasn’t able to take part in spring camp to get a jumpstart on his career. But the early words out of the program on Hamilton are promising; the coaching staff has spoken highly of him. The 3-star recruit from Memphis, Tennessee, seems to be on the right track heading into his first season.