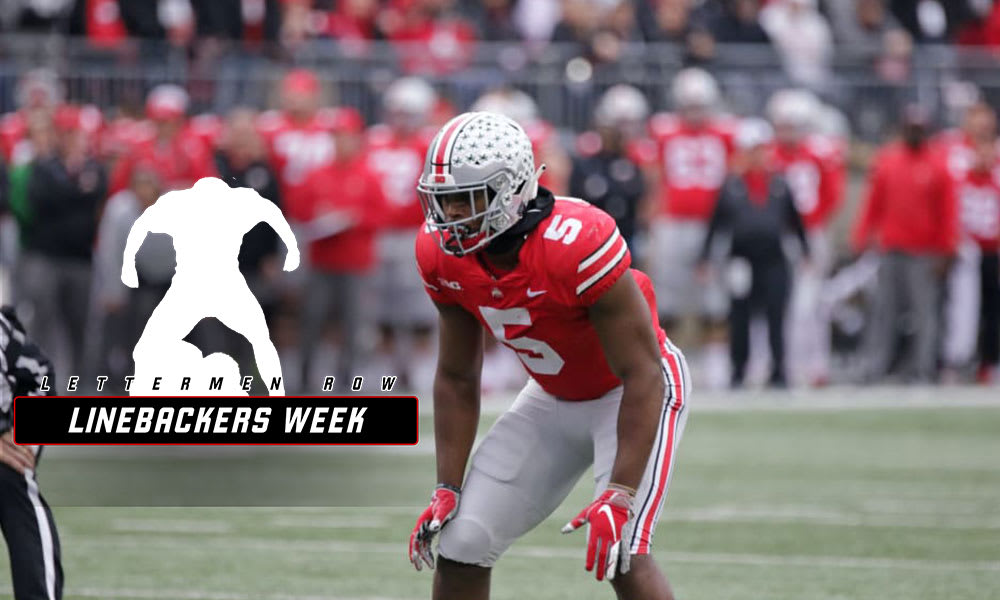 Ohio State linebacker Baron Browning is still waiting to break out for the Buckeyes. (Birm/Lettermen Row)

COLUMBUS — The Bullet position has Ohio State in an odd place at linebacker.

When Brendan White, the presumed starter at the new hybrid position, is on the field, Ohio State will only have two true linebackers playing. That’s not a bad thing, especially since the Buckeyes had a historically bad defense last year, so they decided to change schemes.

But Ohio State still has championship-caliber linebackers who want to play, and when there’s only room for two of them on the field at times, the decision on who is playing can be tough. New linebackers coach Al Washington and the defensive staff will have to make some tough calls.

As part of Linebacker Week at Lettermen Row, we’re breaking down who is a lock for playing time, who may find time on the field and who can expect to watch from the sidelines.

Malik Harrison, Sr.: Harrison will be the anchor of the Ohio State defense with safety Jordan Fuller, and the two turned down chances in the NFL to come back for another season for the Buckeyes. Harrison has the potential to be an All-American for Ohio State, and he’ll be a big factor that determines if the Buckeyes can get their defense back to the high standards its used to after a lackluster season. 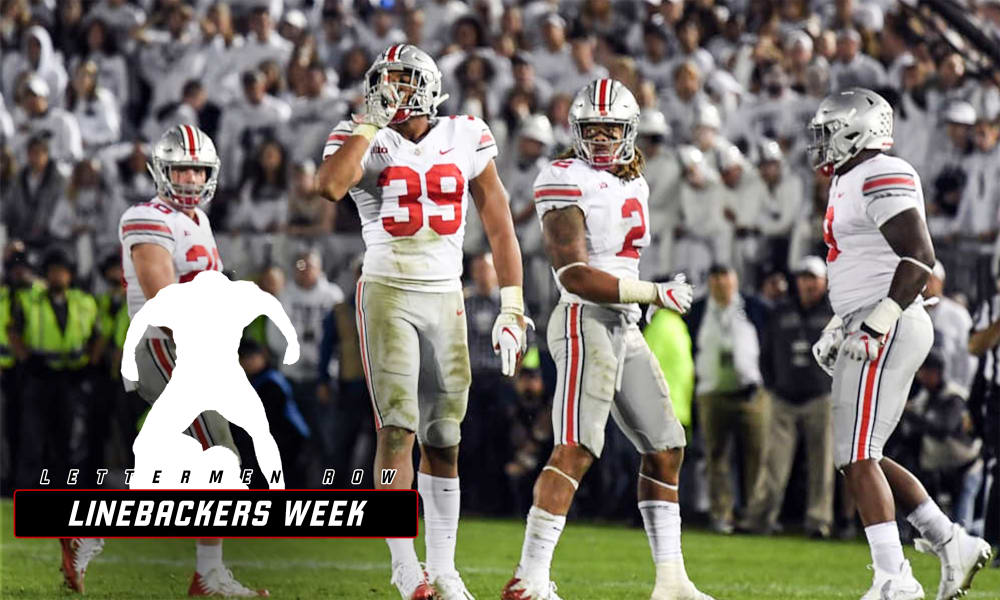 Malik Harrison is a surefire starter for Ohio State at linebacker. (Birm/Lettermen Row)

Pete Werner, Jr.: Werner started last season alongside Harrison, but new linebackers coach Al Washington is looking ahead to this year, not going off the past. If Werner isn’t as sharp as young guys below him on the depth chart, he’ll be left behind. Werner has shown flashes of brilliance since he started playing regularly. He’ll be on the field, but it’s unclear how much.

Tuf Borland, Jr.: Borland was a captain for the Buckeyes a season ago, but an Achilles injury last spring slowed him down, and his play suffered because of it. He still finished second on the team in tackles and played all 14 games last season. Normally, that would indicate he’s a lock for a starting spot again this year, but the new coaching staff hasn’t named any starters yet. Like Werner, Borland will play, but how much?

Baron Browning, Jr.: Browning’s rise was expected. He was a 5-star prospect who has been expected to eventually lead the Ohio State defense since he committed. He hasn’t been able to put an entire product together yet, but he had a good spring, and he impressed the new defensive coaches. It’ll be tough to unseat a returning captain of his playing time, but Browning seems up for that task.

Teradja Mitchell, Soph.: Like Browning, Mitchell has high expectations and had quite the spring for the Buckeyes. He’s bigger, faster, stronger and he commands attention when he’s on the field. The sophomore from Virginia Beach earned reps with the first-team defense in March and April.

He’ll need a huge fall camp to springboard into the starting role he wants, but he is ready to challenge Borland and Werner for their playing time. He and Browning have earned the attention at Ohio State, and now, it’s on them to find time on the field.

Justin Hilliard, Sr.: Hilliard was a consensus 5-star prospect when he arrived on campus, and injuries have kept him from living up to the billing. After another setback during spring camp with an Achilles injury, it’s unclear when or if the veteran will be able to help the Buckeyes this year.

Dallas Gant, Soph.: Gant’s a special teams guy for now, and he proved he can make plays in that capacity last year. He also had six total tackles a year ago. The depth chart might be a little too crowded for him to find good playing time on defense this season, though.

K’Vaughan Pope, Soph.: Pope is in a similar situation. Mitchell and Browning both were impressive in the spring, making Pope’s path to playing time this season even more cloudy. He’ll get his chance on the defense, but it likely won’t be this year.