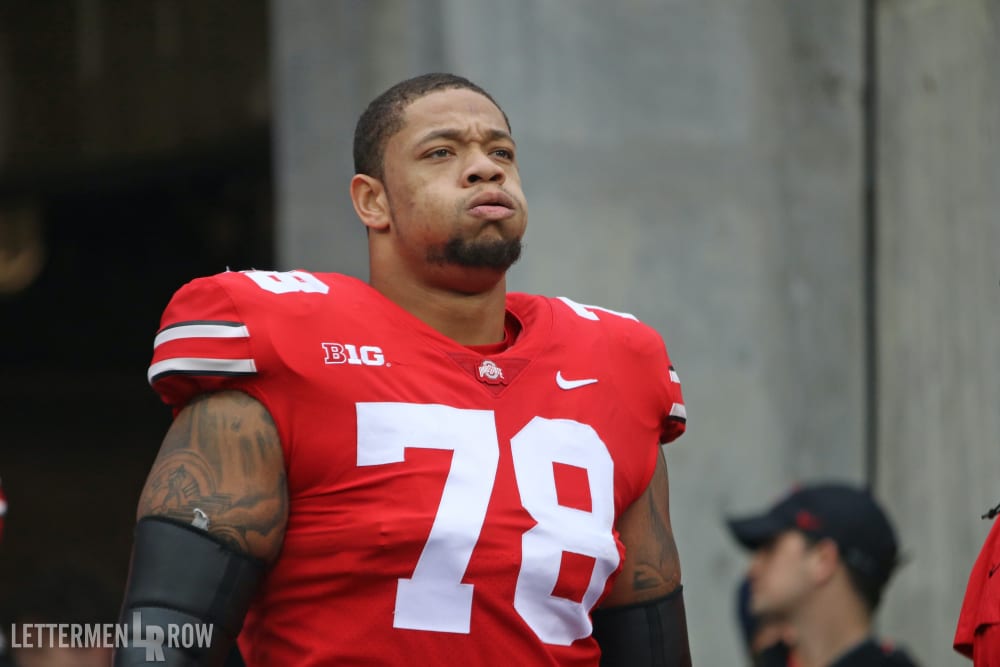 COLUMBUS — An Ohio State offensive line hitting its stride will have to find a new starter heading into the postseason.

The Buckeyes lost right guard Demetrius Knox to an injury late in the dominant win over Michigan on Saturday when the fifth-year senior was carted to the locker room. And on Sunday, the program confirmed that Knox suffered a foot injury and will miss the Big Ten championship game this week against Northwestern.

Knox had been one of the more consistent performers for Ohio State during an inconsistent season for the the unit overall, entrenching himself at right guard after being plugged in as an injury replacement himself one year earlier when Branden Bowen broke his leg. Now healthy, Bowen could potentially trade places with Knox again, although the Buckeyes are also likely to consider Wyatt Davis as an option at guard as it looks at the best options to fill the void ahead of the trip to Indianapolis. 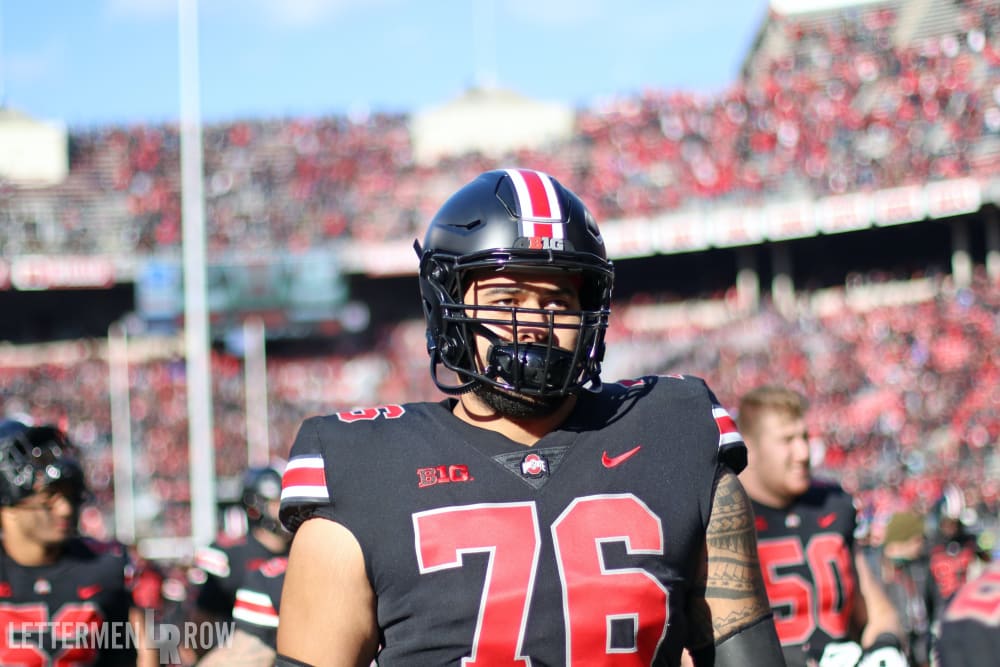 Ohio State offensive linemen Branden Bowen is healthy and could be an option at guard for the Buckeyes. (Birm/Lettermen Row)

The Buckeyes were expecting to have their deepest, most versatile offensive line of the Urban Meyer Era this season, but injuries have kept that from happening for the East Division champions. Projected center Brady Taylor has dealt with a knee issue that forced Ohio State to slide Michael Jordan over from guard, Bowen had a second surgery to deal with recurring pain from last year’s issue and left tackle Thayer Munford has also been in pain down the stretch despite not missing a start.

Ohio State will likely take some solace in the previous experience Bowen would bring as a former starter, especially as he regains strength and confidence. And it could also do the same based on the growing confidence with Davis, who has impressed on the practice field and earned the opportunity to play as part of a jumbo package in short-yardage situations as an extra blocker.

With Knox out, though, one of those guys is now in line for a much larger role — and with the responsibility of keeping the positive momentum rolling heading into a championship game.