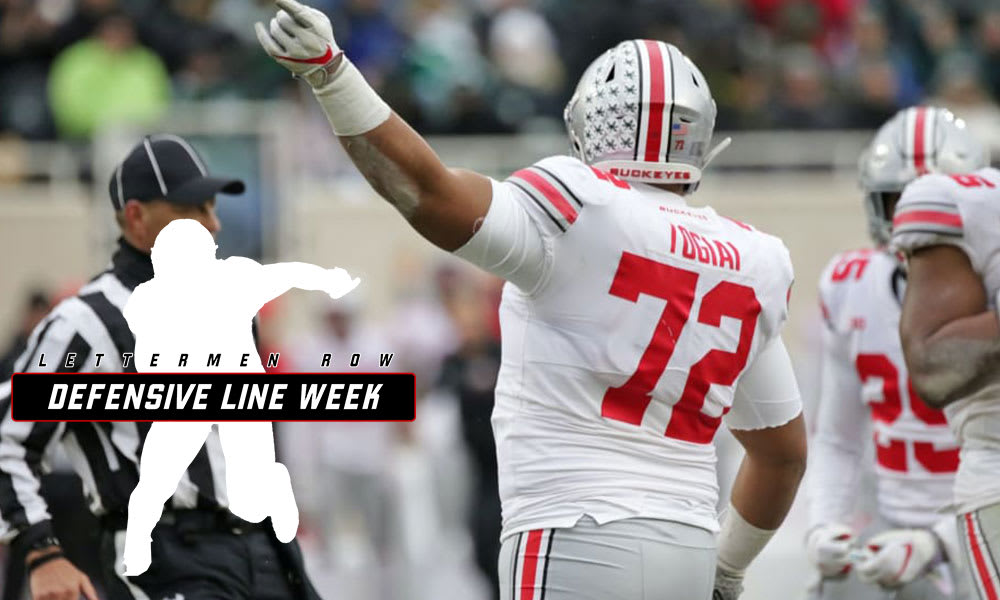 COLUMBUS — Tommy Togiai knows he’s had the talent to play since he arrived at Ohio State last January.

The buzz around him was palpable immediately. Former tackle Tracy Sprinkle, who graduated before Togiai came to campus, had even heard about Togiai prior to leaving.

After Togiai, the third-ranked defensive tackle nationally in his class, picked the Buckeyes, he enrolled early and lost his black stripe quicker than even he imagined.

Talented? Sure. But Togiai needed time to develop. Not in his body or his skill level, but rather in his hands, his footwork and his first step. That’s what he focused on last season when he was able to work with legendary defensive line coach Larry Johnson — and it paid off on a small scale.

This season, Togiai’s confident that he and teammates Taron Vincent and Haskell Garrett can have a game-changing impact for the Buckeyes.

Vincent and Togiai came to Columbus as part of the same class, one with big expectations as the No. 2 class nationally. Garrett was a member of the 2017 class and is entering his third season with the program. Vincent is the highest-rated defensive tackle to ever commit to the Buckeyes. All three are expected to wreck Big Ten backfields.

Upon arrival, they were all stuck behind talented guys on the depth chart. Dre’Mont Jones and Robert Landers were the sure-starters from the first snap last season. Garrett played in all 14 games as a backup, but he only had seven total tackles. Togiai played in 12 as a true freshman and racked up 1o tackles. Vincent had three tackles in eight games. 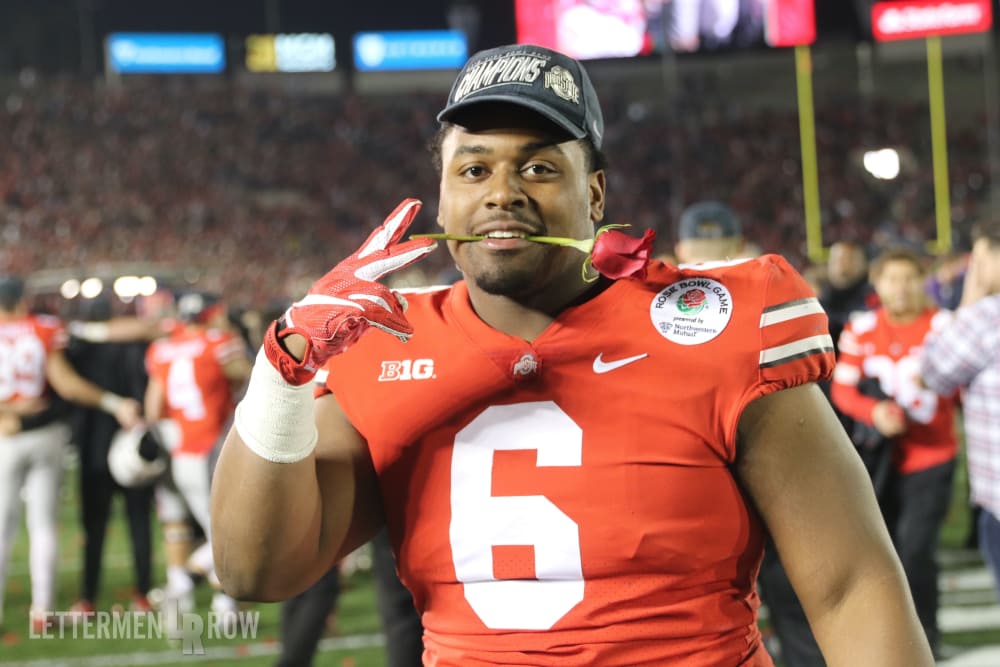 Taron Vincent is due for a big season along the defensive line. (Birm/Lettermen Row)

That won’t be the case this season, though, and the roles will surely to need expand for all three guys.

Jones left for the NFL, and a hole in the middle needs filled. Even at a football power such as Ohio State, it’s hard to replace a workhorse like Jones. He did everything in the middle for the Buckeyes. There might be a competition for that vacant starting role, but it’ll likely be a committee in the interior. Can one of the number of tackles stand out? Or does that even matter when there are so many talented guys?

“There’s big shoes to fill on the inside,” Garrett said. “Everything that we do as a unit, we just need more leadership and be more consistent.” 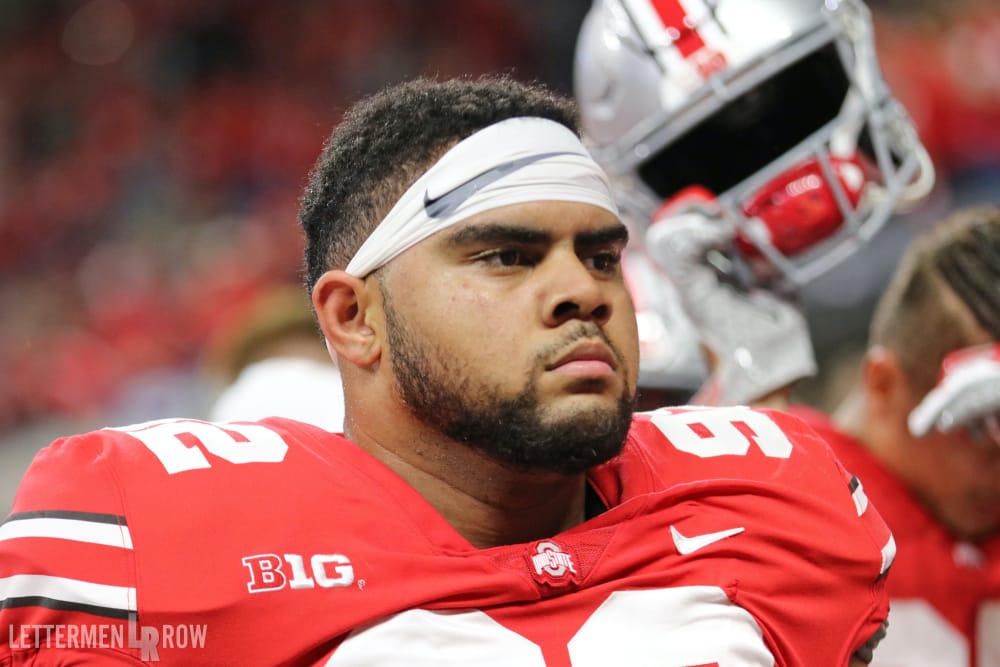 Haskell Garrett could see a spike in production during his third season. (Birm/Lettermen Row)

Johnson’s been in the business long enough to know it’s a process. The good news is the Buckeyes have until August to complete it. Vincent, Togiai and Garrett might be able to make that process easier, too. All three left a good impression on Johnson during Ohio State’s spring practice. Now, it’s time to take another step forward.

“We’re all just competing with each other and making each other better,” Vincent said.

That’s the beauty of it for Johnson. He’s done so well on the recruiting trail and built a deep roster of defensive talent, and it might show this season. He’s always been one to rotate at defensive tackle, and it’ll be even easier to do so this year.

But is there too much talent to rotate all these guys? Of course not. This could be the deepest unit in the country.

“You can never have too many,” Johnson said. “I mean, you’re one play down and the next guy is up. I’ve never felt that we could have too many, and we’ve got a plan to play all those guys. It’s a long game, and we average about 75 plays a game. So, if a guy gets 20 plays, each one of them — some might play 35, you never know — I’m not going to say we’ve got too many. I like where we are right now, to be honest with you.”

The three ultra-talented, rising defensive tackles will surely see the field. Johnson knows what he can expect from them. Snap counts don’t matter. Stats don’t matter much, either. The committee will have an impact for the Buckeyes.

The learning is over. Maybe the maturity can finally lead to playmaking for Togiai.

“Learning from the older guys, taking that, and going, running with the ones and the twos, I think I’ve learned a lot,” he said.

“I’ve matured a lot from my freshman year.”