COLUMBUS — Ohio State knows the expectation along the defensive line.

The Buckeyes are pegged to be one of the best units not only in the Big Ten, but also the entire country. All-American candidate Chase Young will receive the attention, but Ohio State has plenty of talent around him to be a tough task to block — and potentially live up to that lofty standard.

As part of Defensive Line Week at Lettermen Row, we’re breaking down who is a lock for playing time, who may find time on the field and who can expect to watch from the sidelines. 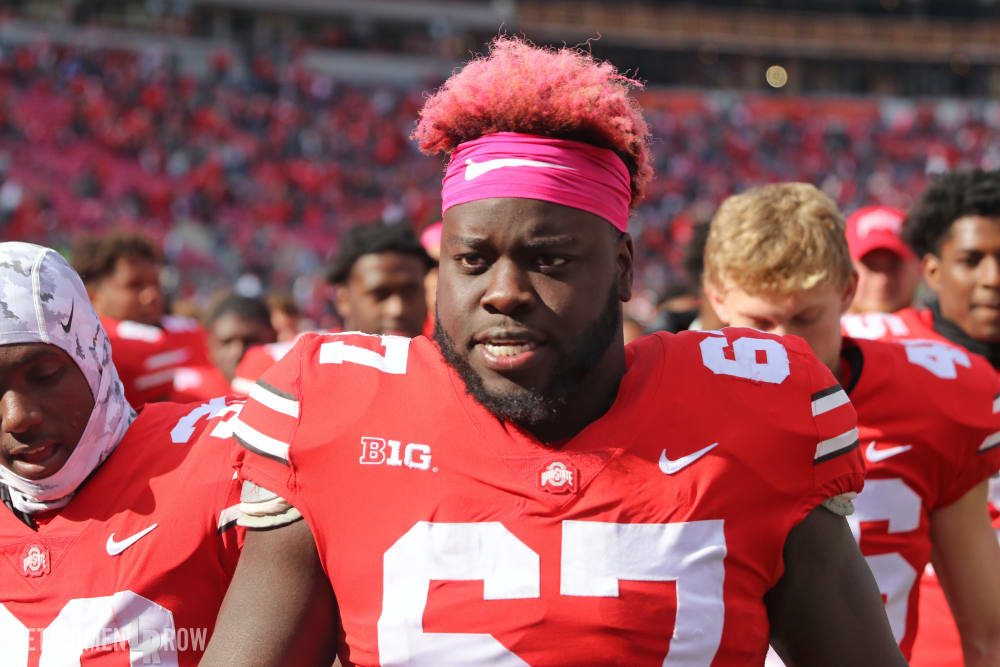 Chase Young, DE: The junior defensive end was voted second team All-Big Ten by the coaches last season, and the expectations for Young are through the roof entering year three. He’ll likely wind up on numerous preseason watch lists, All-American teams and NFL Draft boards. After 10 sacks in 2018, Young will be the centerpiece for new defensive coordinator Greg Mattison’s defense in 2019.

Robert Landers, DT: Landers is a massive senior who has shown flashes of brilliance during his time at Ohio State, and this season, he might have a breakout campaign. With DreMont Jones off the the NFL,  Landers will be tasked with replacing Jones. His five tackles for loss and one sack from a year ago might not look impressive on paper, but Landers is due for a big final season in Columbus.

Davon Hamilton, DT: Hamilton is a true run-stuffing defensive tackle that can clog gaps for the Buckeyes up front. He has 10.5 career tackles for loss, 3.5 of them coming last season. Hamilton could play a key role for the Buckeyes in 2019, and that starts with first-team reps.

Jonathon Cooper, DE: Cooper benefited a season ago from the loss of Nick Bosa, and he complemented Young on the edge nicely. His production has increased each year he’s been on campus, and that may hold true again in 2019, the first year he’ll be featured instead of stuck behind Jalyn Holmes, Sam Hubbard, Bosa or Young on the depth chart. Cooper said he’s ready to take over and break out this season. The outlook of the depth chart may provide him an opportunity to do so. 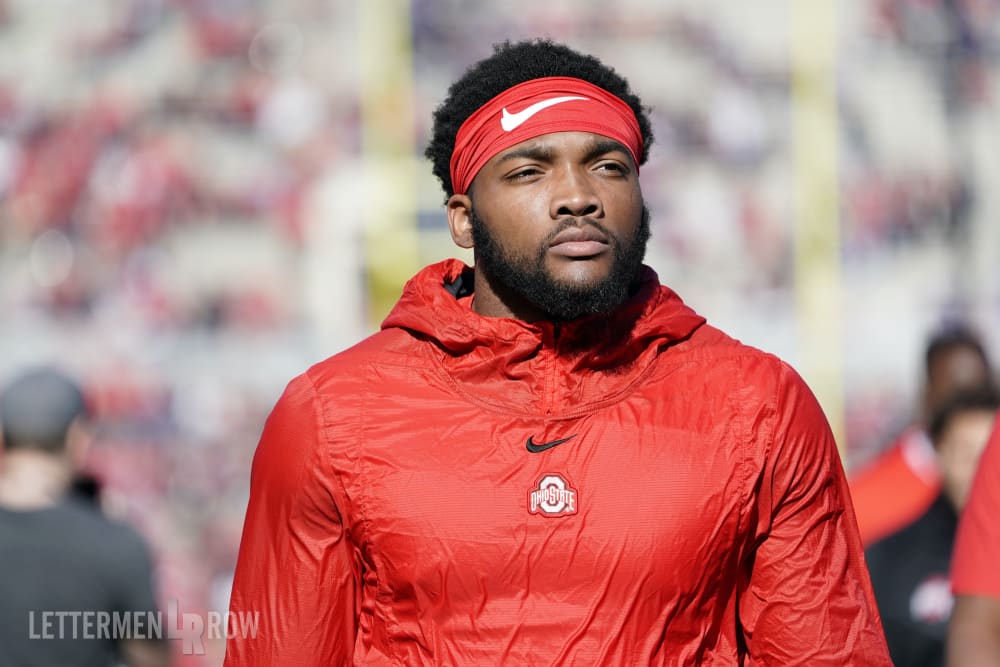 Ohio State defensive end Tyler Friday is a possible candidate to take a step forward for the Buckeyes. (Birm/Lettermen Row)

In the mix for Buckeyes

Tyreke Smith, DE: Smith may not start because of Cooper and Young, but he’s definitely going to play. Smith was the topic of conversation all spring, and Larry Johnson raved about him. The sophomore from Cleveland Heights was a huge get for Johnson and the coaching staff when Smith committed to Ohio State. Now, Smith’s ready to take a step toward stardom.

Tommy Togiai, DT: Togiai, the No. 3 defensive tackle in the 2018 class, is already having an impact in the trenches. Togiai took plenty of reps with the first-team defense in the spring. If he continues his upward trajectory, he’ll find himself on the field for key moments in the fall.

Tyler Friday, DE:  Friday might not be as quick of a rising star as Smith, but he’s showing flashes of ability entering his second year at Ohio State. As Young, Cooper and Smith continue to show why they’re stars, Friday may carve out some playing time.

Taron Vincent, DT: Vincent is squarely in the mix for rotational time at defensive tackle. In eight games played in 2018, Vincent had a tackle for loss, and he could see more production this year.

Zach Harrison, DE: Everyone knows the hype around Harrison, the local guy who committed to the Buckeyes in December. The 5-star prospect has already turned heads inside the Woody Hayes Athletic Center, and now, he has an opportunity to crack the rotation as a true freshman.

Jashon Cornell, DT: Cornell has settled inside instead of trying to be a defensive end, and it could lead to some playing time for the Buckeyes as he enters his final season. His seven career tackles for loss and 33 total tackles provide some experience for Ohio State.

Haskell Garrett, DT: In two seasons, Garrett has only registered 1o total tackles, but that could see an uptick in 2019. The Buckeyes are deep enough at defensive tackle to have all six guys rotating. Garrett could be a good addition. 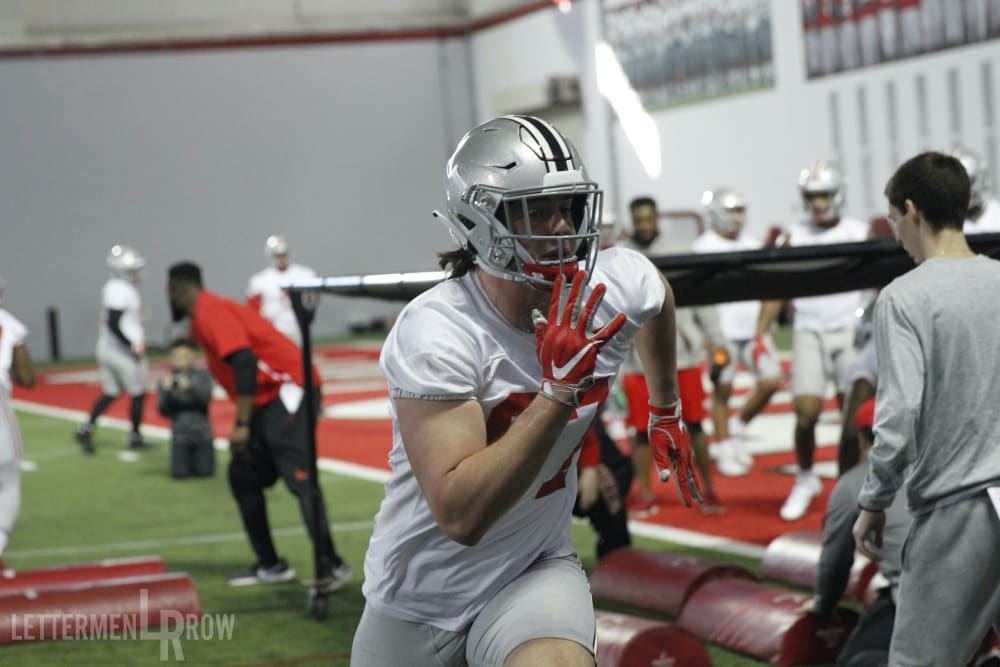 Antwuan Jackson, DT: The former 4-star prospect chose Auburn over Ohio State as part of the Tigers’ 2016 class. But when things didn’t work out there, Jackson went to a junior college, then committed to Ohio State. He’ll have trouble breaking into a loaded rotation. He’s likely facing an up-hill climb for playing time.

Jaden McKenzie, DT: The true freshman won’t arrive on campus until fall camp, so it’ll be hard for him to earn any playing time for the Buckeyes in 2019.

Noah Potter, DE: Potter enrolled early and went though spring practice with Ohio State, but there might be too much talent in front of him this season.

Jerron Cage, DT: A former 4-star recruit out of Cincinnati, Cage hasn’t found a way to crack the rotation heading into his third year in the program. The path to playing time is only getting tougher.