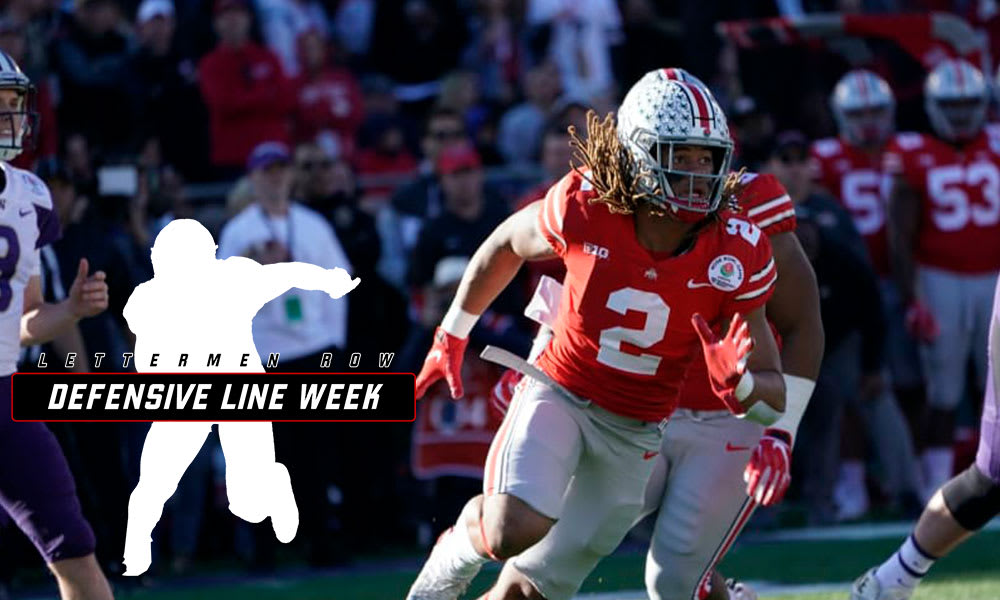 COLUMBUS — Ohio State has a long-standing tradition of talent along the defensive line, and this season will be no exception.

A loaded interior and talent across the board at defensive end make the Buckeyes one of the best in the country up front. It’s Defensive Line week at Lettermen Row, and we have five burning questions for how things might shake out for the Buckeyes in the trenches.

How dominant will Chase Young be for Ohio State?

The junior from Upper Marlboro, Maryland, has already earned his spot on national watch lists and NFL draft boards for next year, but he’ll spend this fall in Big Ten backfields once again. A year ago, Young was thrown into an even larger role than he was slated to have when Nick Bosa went down with injury. Young proved why he’s projected to be an All-American this year, though, when he had 10 sacks and a forced fumble.

The Buckeyes defense was historically bad last season, but Young and the defensive line were hardly to blame. If Ohio State is going to be better on that side of the ball, it’ll start up front with Young and the Rushmen. Young could be looking at a historic season for the Buckeyes — as long as he stays healthy and continues to get better.

Can Tyreke Smith take the next step?

Larry Johnson touched on it. Chase Young raved about it. Jonathon Cooper gave his word of approval.

It doesn’t matter who is talking. Anyone will tell you — Tyreke Smith had a great spring. The redshirt freshman from Cleveland Heights is trying to take a huge step this season and become one of the next great Rushmen. Smith was stuck behind Bosa, Young and Cooper last season, but he’s on the cusp of a big year if he can crack the rotation with Young and Cooper. If spring is any indicator, he’ll have an impact moving forward.

What will the depth chart look like at defensive tackle?

Not long ago, Ohio State was worried about defensive interior depth. Now, defensive line might be the program’s deepest position. Ohio State might be able to get away with run-stopping by committee in 2019, and that’s certainly a good thing.

Jashon Cornell, Taron Vincent, Davon Hamilton and Robert Landers return as playmakers. Former 4-star recruit Haskell Garrett is looking to make strides. Younger guys such as Tommy Togiai, Antwuan Jackson and Jarron Cage are all hoping to find a way on the field. That’s eight capable defensive tackles who can all be factors for Ohio State in the middle. Who will start in the opener against Florida Atlantic? It probably doesn’t matter. The depth of the position could pay dividends for the Buckeyes. 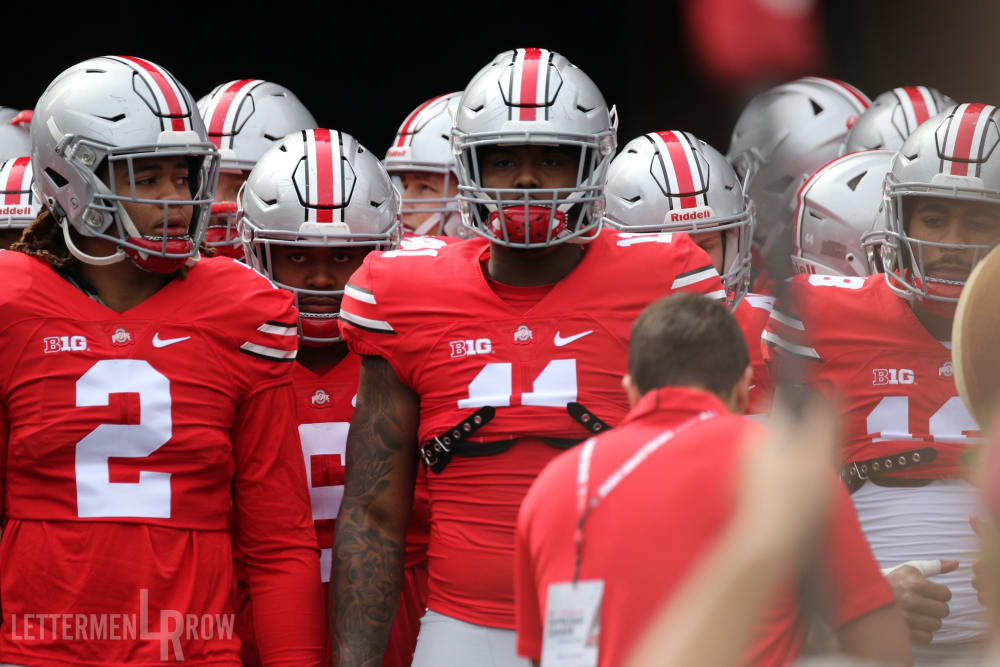 Tyreke Smith could be the next dominant defensive end for Ohio State. (Birm/Lettermen Row)

Will Zach Harrison have an immediate impact?

Harrison, a 5-star prospect from Olentangy Orange High School who enrolled early, is one of the highest-rated players to ever commit to the Buckeyes. He’s now tasked with living up to that billing.

Harrison worked with the first- and second-team defensive units during spring practice, and he had the spring to work with legendary defensive line coach Larry Johnson. The Buckeyes are deep at defensive end, including Young, Smith, Jonathon Cooper, Tyler Friday and Harrison. But at 6-feet-5 and 250 pounds, Harrison is built like he’s ready to play already — and he’s barely had any time with strength coach Mickey Marotti. Harrison had time to learn during spring practice. Fall camp will be an opportunity to earn some playing time when it matters.

Who will be the next group of Rushmen?

The Buckeyes rarely ever struggle to recruit defensive linemen, and they’re in the thick of finding the future of the Rushmen for the 2020 and 2021 class. Jack Sawyer, a 2021 defensive end from Pickerington, is already committed, but Ohio State has no commits on the board for 2020. That may change soon with a huge announcement looming from Cincinnati Princeton’s Darrion Henry.

Here’s what Letttermen Row’s Jeremy Birmingham had to say about Henry:

“The Cincinnati Princeton standout is the type of player that changes a defense. He’s big, he’s quick and he’s versatile, allowing a team to build an entire defensive line around him because he can play any of the line spots. Also, he’s from Ohio, and the best players from the home state just simply can’t be lost to other schools.”

Sawyer is already locked in. Now, the Buckeyes will try to convince Henry to stay in state.

How Ryan Day is selling himself, his program to Buckeye State coaches
How much longer does legendary Larry Johnson have at Ohio State?
Advertisement