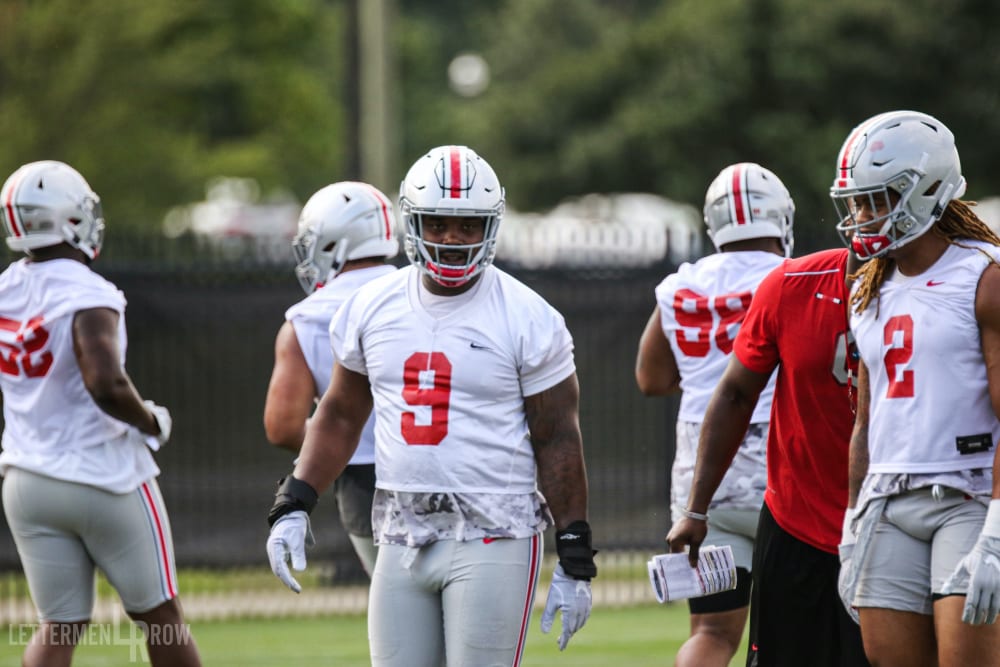 Ohio State could have a breakout star on its hands with Jashon Cornell ready for a role inside. (Birm/Lettermen Row)

COLUMBUS — The preference for Larry Johnson is always to rotate bodies on the Ohio State defensive line.

But it might have never been any easier than it will be for the Buckeyes this season.

Even after annually losing stars to the NFL, somehow the Rushmen unit keeps finding ways to get stronger than it was before, raising the bar and cultivating the next wave of draft-ready linemen. And it’s possible that this group on the field for training camp with the Buckeyes this month might become the deepest, most dangerous of any that Johnson has had in his career.

So, yes, the rotation up front is going to continue.

“We’re trying to take advantage of what we have,” Johnson said after practice. “We have a lot of depth on the inside, so we’re trying to find a way to get six or seven guys ready to play. I like where we’re at.

“We’ve still got room to improve. But so far, so good.”

Who all will be in that rotation for the Buckeyes this season? Just how productive can the Rushmen be? Which young guys are ready for bigger roles? Here’s what Lettermen Row learned after the defensive line talked with the media following the workout at the Woody Hayes Athletic Center on Thursday. 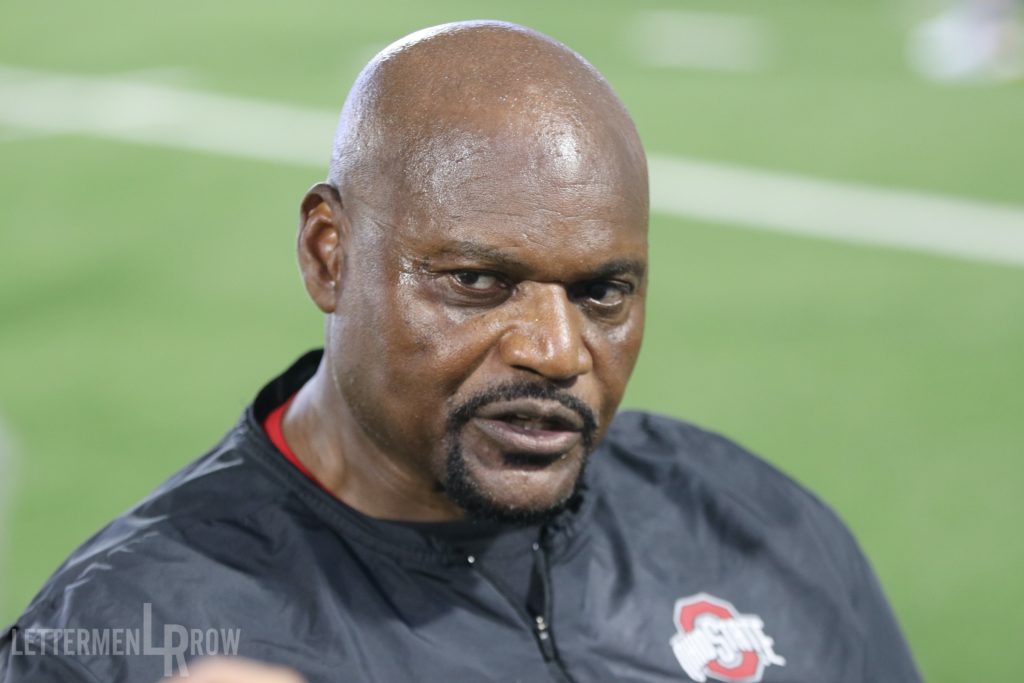 Jashon Cornell can be major factor for Buckeyes

Patience was certainly required before Jashon Cornell could find the perfect spot to contribute for Ohio State. But the fifth-year senior is clearly thankful that it happened late in his career instead of never.

Something of a forgotten man on the unit heading into his final season, the move to the three-technique spot on the inside appears to have finally clicked everything into place with a guy who has never had his physical ability questioned. And Cornell might just leave training camp with a starting job and a chance to do some real damage for the Buckeyes this season.

“I think my pass-rush ability is so much better there. It’s like I have so many more opportunities.”

Larry Johnson is fully aware of what’s coming, because it’s exactly what happens to all the great pass-rushers at Ohio State.

Since Chase Young obviously belongs in that category, the Buckeyes aren’t wasting any time getting him ready for the double and triple teams that are surely coming his way this season. Primarily, that means throwing different looks at Young during practice, but it also involves getting extra pass-rush drills for defensive tackles who are going to benefit from having more one-on-one opportunities thanks to the presence of a future first-round pick on the edge.

“We’ll move Chase around, and he’ll go from right to left so they have to find him,” Johnson said. “We work some double-team stuff that he could possibly see in a game, and I think we’re prepared for that. Chase is going to get double-teamed. So, that turns three guys loose.

“Our inside guys have to be really good pass rushers, and that’s been our focus since the day we started to get ready for that. Now if they double Chase and turn Jashon or [Robert Landers] loose, we’ve got one-on-one on the inside. I’ll take that all day.”

Unless injuries force a change, Ohio State isn’t planning to have the inside guys cross-training to learn the responsibilities at both the three-technique and nose tackle spots. So, which Buckeyes are where up front?

At three-tech, Jashon Cornell, Haskell Garrett and Taron Vincent are competing for playing time. And next to them at nose, Ohio State has Davon Hamilton, Tommy Togiai and Robert Landers adding some strength to fortify the unit.

“Because of the learning curve, it’s two different positions,” Johnson said. “If you play guys at two positions, it’s double the learning. I don’t think you get the best player on the field if you do that, and I want them to become specialists at their position.”

That approach works just fine for the Buckeyes. And it creates an interesting dynamic in the meeting room and on the practice field with so many talented guys clamoring for snaps.

“Everybody is pushing each other,” Garrett said. “We have a great inside core at nose and three-tech, so it’s a battle every day. Everybody is competing, which makes it even better.

“Everybody gets a shot. Everybody knows their role, and rotating just keeps everybody fresh so we can get better work in.”

The unofficial title of the strongest player on the Ohio State roster belongs to Tommy Togiai.

A bit embarrassed and humble about it, the sophomore defensive tackle tried to downplay the work he’s done in the weight room since Mickey Marotti got his hands on a kid who was already rock-solid physically when he arrived. But when pressed, he did concede there was one workout this summer that he was particularly proud of — and would already have placed him among the strongest players at the NFL Combine last year.

“I started lifting at a young age with my dad and stuff, but coming in here, I think I’ve gotten a lot stronger with Coach Mick and everything we do here,” Togiai said. “I don’t know if I’m the strongest over here, that’s just what they say.

Just for comparison, the top performer at the Combine last spring put up 39 reps on the bench at that weight — and Togiai’s 36 would have tied for the most by a defensive lineman.

The Ohio State offensive and defensive linemen, along with position coaches Greg Studrawa and Larry Johnson, spoke with the media after practice. For more video interviews with the Buckeyes, check out the Lettermen Row YouTube channel.

Damon Arnette came back to Ohio State to rewrite his legacy
What We Learned about young, talented Ohio State offensive line
Advertisement