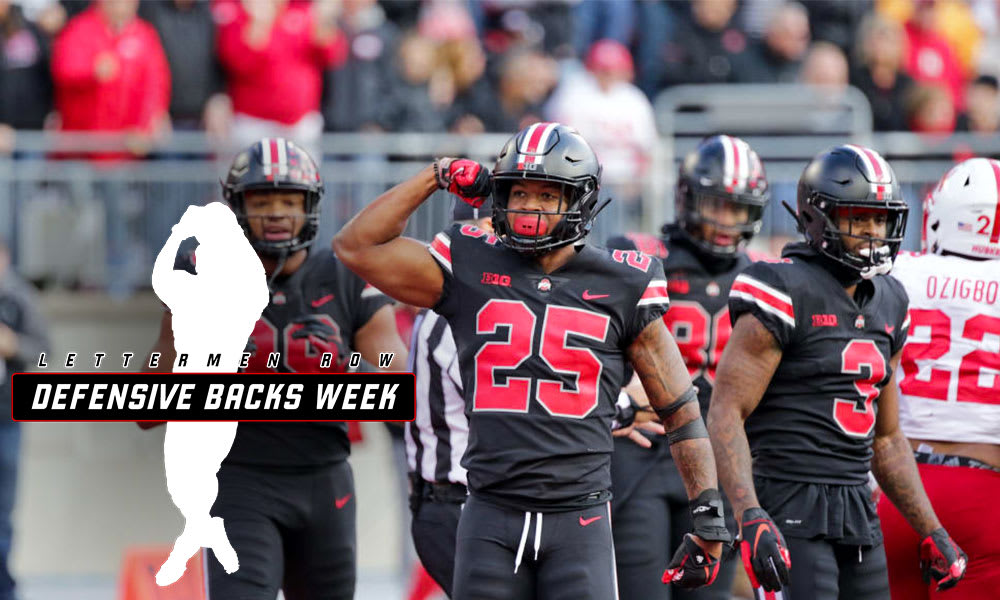 Brendon White will man the new Bullet position in the secondary for Ohio State. (Birm/Lettermen Row)

COLUMBUS — The Ohio State secondary is due for a bounce-back season.

After a year that produced historically bad defensive numbers, the Buckeyes are expected to be much better this year, particularly in the secondary. Although they lost Kendall Sheffield to the NFL, the Buckeyes return most of their talent, including safety Jordan Fuller, who could be on preseason All-American lists. Ohio State might get back to being the Silver Bullets of old with Fuller, talented cornerbacks and the new Bullet position.

As part of Defensive Back Week at Lettermen Row, we’re breaking down who is a lock for playing time, who may find time on the field and who can expect to watch from the sidelines.

Damon Arnette, CB: Arnette struggled early in his career, and he’s been one of the more heavily criticized defensive players for the Buckeyes over the last two years. Now as a senior, he’ll have a chance to shine as a leader for the Ohio
State secondary. He’s played in 40 games at Ohio State already. If he has a good season, Arnette could be an early-round draft pick next spring.

Jeffrey Okudah, CB: After two seasons in which the depth chart wasn’t kind to him, Okudah will finally step into a solidified starting role this year. While in the rotation with Arnette and Kendall Sheffield a season ago, Okudah showed signs of why he was the best corner in the country when he came out of high school. He’ll play a majority of the snaps this season, and if everything goes well, this might be his only season starting in Columbus. 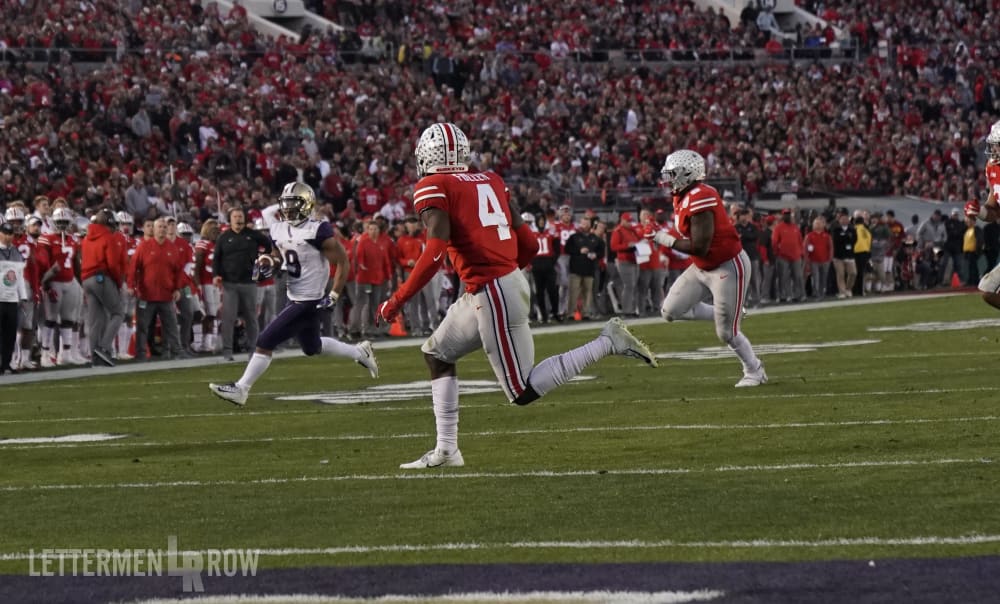 Jordan Fuller, S: Fuller could have bolted for the NFL last season and gotten drafted. Instead, he decided to return for his senior season, and with that, Ohio State’s defense is going to be a lot better for it. Fuller has All-American potential for the Buckeyes; that was proven a year ago when he had 81 tackles, two fumble recoveries and an interception.

Brendon White, S: White burst onto the Ohio State scene late last season in the win over Nebraska. He was dominant with 13 total tackles in that game and had an impact in the secondary for the remainder of the year. Now that he’s locked into a starting role, he’ll have expanded duties and expectations in the new Bullet position, as well as in a traditional safety role when asked.

Josh Proctor, S: The former 4-star prospect from Oklahoma will see the field for the Buckeyes this season, it’s now just a matter of how much. Proctor has shown playmaking ability, and the defensive coaching staff raved about him during spring practice. At this point, it’s on Proctor to take advantage of his time he gets on the field in the rotation.

Shaun Wade, CB: Wade is an ultra-talented athlete who can help the Buckeyes in a rotational cornerback spot, as he did at times a season ago. New defensive backs coach Jeff Hafley said if there are three corners that are good enough to play, he’ll rotate three corners. If not, he’ll play two corners. It’s up to Wade to force Hafley’s hand in that department.

Jahsen Wint, S: Wint appears to be the backup to White at the new Bullet spot, which could be a perfect situation for the junior. He had 27 tackles, 1.5 of them for loss, in 12 games last season. White will play most of the snaps for the Buckeyes this season. When he needs a breather, Wint could be the guy to come in and make plays on the back end. 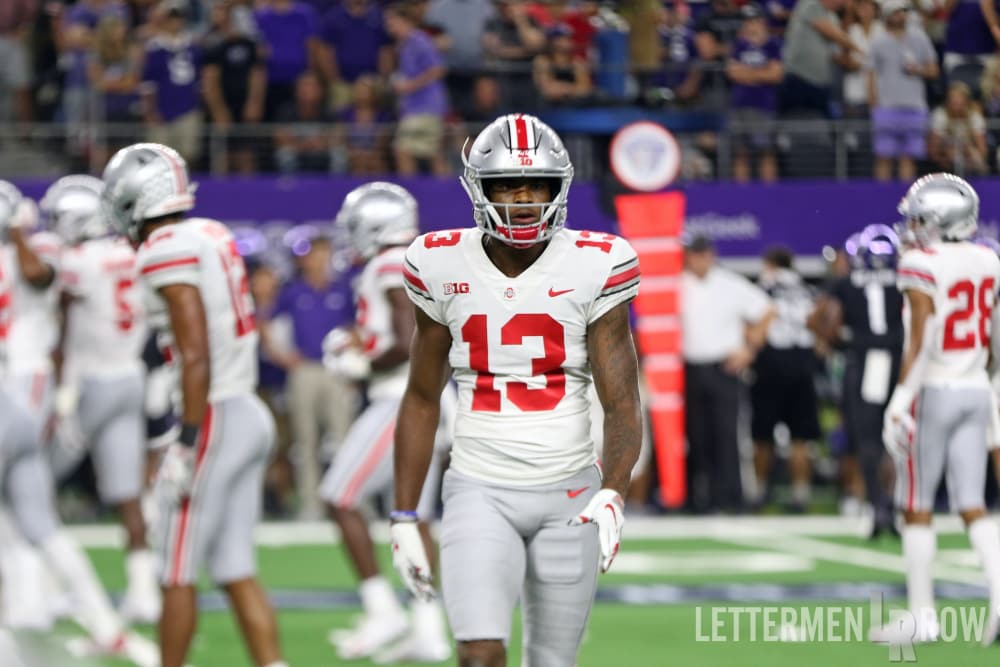 Tyreke Johnson is in the mix in the secondary. (Birm/Lettermen Row)

Tyreke Johnson, CB: The redshirt freshman is likely in for another learning season due to the way the depth chart looks, but he’s going to cut his teeth on special teams and with second-team reps. Cornerbacks before him have taken similar routes, and with time, Johnson might find himself in a starting role. It just seems like that won’t be this season.

Sevyn Banks, CB: Banks made a name for himself when he returned a blocked punt for a touchdown in Ohio State’s win over Michigan. He’ll be another special teams guy for the Buckeyes. Along with Johnson, Banks will likely take reps with the second-team defense and work his way onto the field when Ohio State has a game wrapped up.

Isaiah Pryor, S: In 27 career games, Pryor has had 44 total tackles, two tackles for loss and an interception. Pryor can still be a good piece for the Ohio State secondary, but with the rise of Brendon White last season and Josh Proctor this spring, Pryor might be too deep on the depth chart.

Amir Riep, S: In ten games last season, Riep had three total tackles and played sparingly. He did have an interception during his freshman season, but didn’t last year. He’ll have a steep climb to meaningful playing time this season.

Marcus Williamson, CB: Williamson has a lot of talent ahead of him, and that might lead to a special teams role and nothing more this season.

Ronnie Hickman, S: Hickman enrolled early, but he was injured during spring practice. This season will be a learning year for the true freshman.