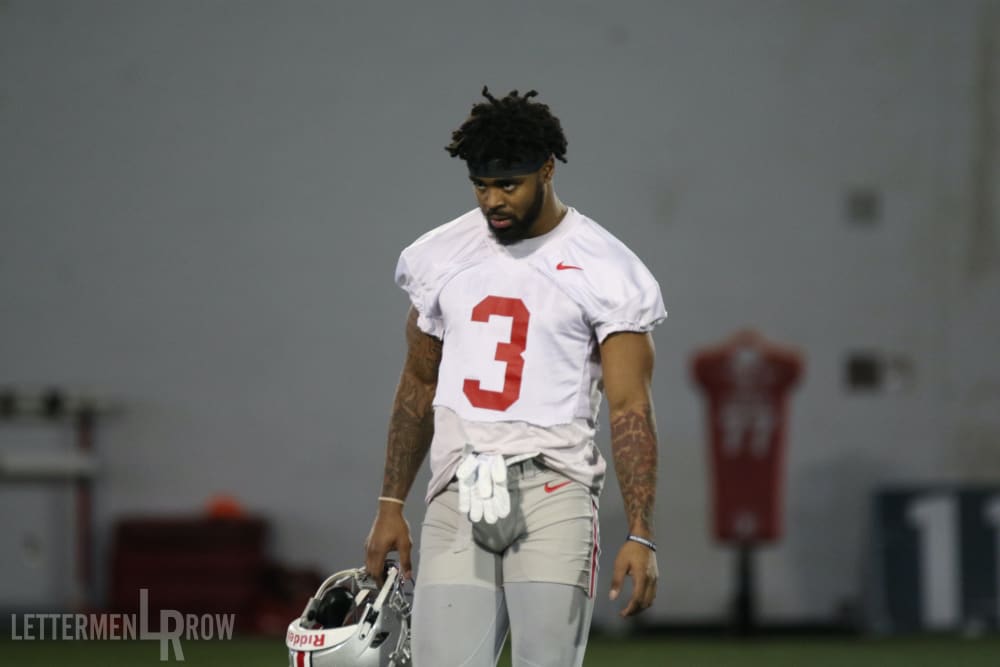 The veteran cornerback Arnette had quite an eventful Friday in the Woody Hayes Athletic Center. The secondary played well throughout the entire session, but Arnette’s name just kept coming up.

He broke up a couple passes in the team drills. He forced a fumble. He even landed a literal punch on wide receiver Jaylen Harris. After breaking up a pass attempt that was intended for Harris, the two weren’t too pleased with each other. There was an exchange of words, then a scuffle.

And yes, Arnette punched Harris. Moments after coaches and other players calmed the situation down, Arnette and Harris talked and hugged it out. Arnette went back to making plays; Harris didn’t take any reps after. Just a couple plays later, Arnette was in on another break-up. He seemed to be everywhere.

“I like the fact that they’re going after it,” Ohio State coach Ryan Day said. “If you don’t have any kind of scuffles, maybe you don’t have the right team”

The fight between the two was one of the defining moments of Ohio State’s 11th practice of spring, but there were plenty of other observations to be made during the two-hour practice.

Here’s what Lettermen Row saw Friday from the Buckeyes defense. 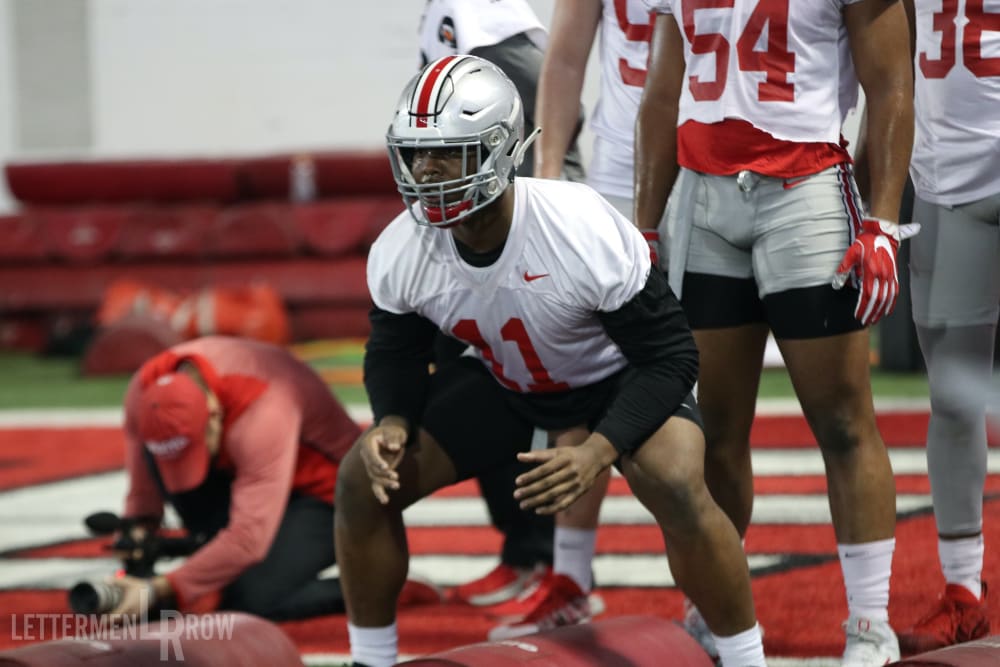 Plenty of depth at defensive tackle for Ohio State

The Rushmen are always highlighted by pass-rushing defensive ends, and that reputation is well deserved. But don’t sleep on the amount of depth the coaching staff has put together where it hasn’t been in recent past: Defensive tackle.

Davon Hamilton, Haskell Garrett, Taron Vincent, Jashon Cornell and Tommy Togiai all took first-team reps with the first team during live drills. That’s even leaving out Robert Landers, who hasn’t practiced all spring and won’t until after the spring game. This group could be one of the deepest units on the roster, and all of them are capable of making plays in the middle.

“Who’s really game ready? That’s what it’ll come down to in the preseason” Day said.

Hamilton looks bigger than he previously was, but he also seems to have added some agility. Vincent, Garrett and Cornell are massive bodies. Togiai was highly regarded as a recruit, and he’s shown an ability to make an impact this season.

As much attention and hype as Chase Young has received this spring, he and Jonathon Cooper aren’t alone on the outside of the defensive line. Tyreke Smith, a sophomore from Cleveland Heights who played sparingly last season, continues to show progress during his second spring in Columbus.

When he found the field a year ago, he made plays when given the chances. He finished the year with nine tackles in 11 games played. This season, he could show up more often and play during critical moments. Defensive coordinator Greg Mattison loves the depth Larry Johnson has brought in at defensive end.

Brendon White takes all the reps for Ohio State

Tuf Borland didn’t practice and was seen with a heavy knee brace. Jahsen Wint, one of the two guys featured at the Bullet position this spring, didn’t practice, either. With the injuries, the linebacker rotation was shuffled. It also allowed for Brendon White to take both first- and second-team reps at the Bullet, giving him some time to do everything on the field.

Mattison has a plan for how he wants the Bullet to be played, and White fits the bill. Once White was inserted into the lineup last fall, he made an instant impact. Now, he’s ready to take the next step in Mattison’s system, which could be anywhere on the field.

Ohio State’s linebacker situation is in a state of flux. The Buckeyes are without the aforementioned Borland, which opened the door for other middle linebackers to take snaps in his place.

Baron Browning and Teradja Mitchell were the mainstays in the middle throughout the practice. Both guys were highly regarded out of high school and could make a splash if they continue on their trajectory. Browning was expected by many to come in and compete for playing time immediately, but has found trouble finding a spot on the field. Mitchell, meanwhile, is younger and has flashed signs of dominance early in his career.

“I think [the competition] is going to keep rolling,” Day said. “Tuf’s been out with his knee, Baron’s had this hamstring, Teradja’s been there every day and he’s doing a good job on special teams. I think it’s going to keep going into the preseason.”

Once Borland is back and healthy, the Buckeyes should have a better idea of who will make up the starting linebacker unit.

Ohio State: Observations on offense from open practice with Buckeyes
Ohio State: Greg Mattison focused on Buckeyes, not his career ‘Up North’
Advertisement