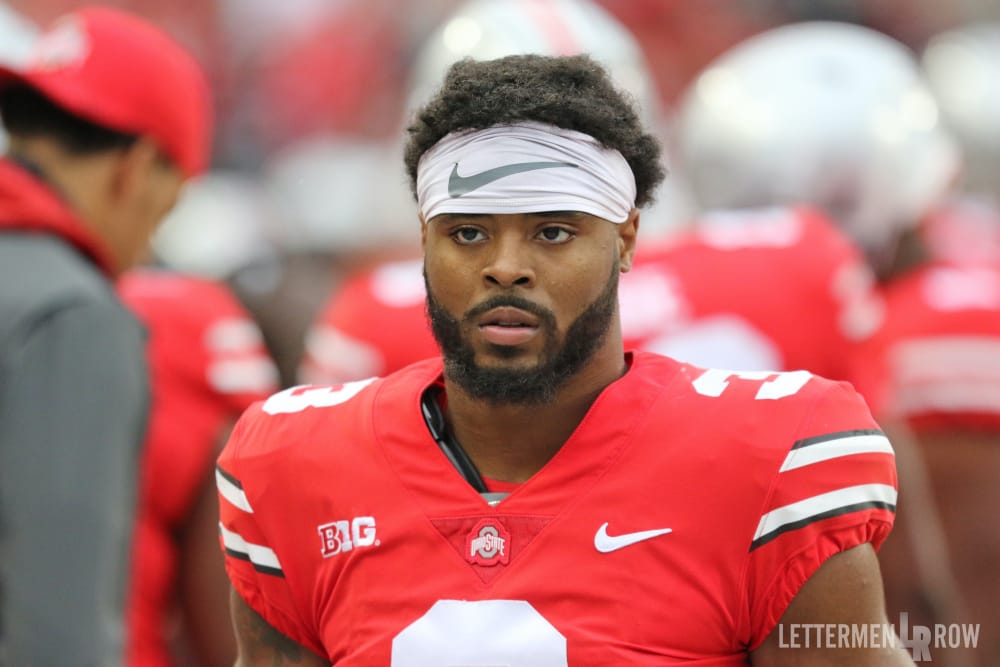 WEST LAFAYETTE, Ind. — Ohio State is getting healthier on defense, but it will still be without one key starter in the secondary.

Against an offense that wants to throw the football and for a unit that has struggled at times giving up big plays, the absence of Damon Arnette could be a factor for the Buckeyes as they try to stay unbeaten in a tricky matchup at chilly Ross-Ade Stadium against Purdue. Shortly before kickoff, Ohio State confirmed that Arnette didn’t travel with the team, which will thrust Jeffrey Okudah into the starting lineup opposite Kendall Sheffield at cornerback.

“Every school is dealing with it,” Buckeyes coach Urban Meyer said earlier this week. “Every team is dealing with this guy is injured, now you have to put this one in. How do you adapt your scheme to your personnel?

“Constant evaluation of that, and it’s ever changing with personnel, when the guys get dinged and hurt. And like last week we were out five starters on the majority of the game on defense. It’s hard to drastically change right now.”

The Buckeyes are obviously also missing superstar defensive end Nick Bosa, who announced that he would withdraw from school and not return to the program following his core-muscle surgery in September. But Ohio State is welcoming back starters Jonathon Cooper at defensive end and Malik Harrison at linebacker, which should be a boost to the effort of slowing down Purdue.

On the offensive side of the football, starting left tackle Thayer Munford took part in warmups in his customary role on the line. Munford has been dealing with a nagging hip injury and didn’t practice until late in the week for the Buckeyes, but it appears he’ll be cleared to help protect Dwayne Haskins for one of the most explosive scoring attacks in the nation.

Ohio State has too much firepower for Purdue, poised to stay unbeaten
Ohio State: Snap Judgments as Buckeyes disintegrate in upset at Purdue