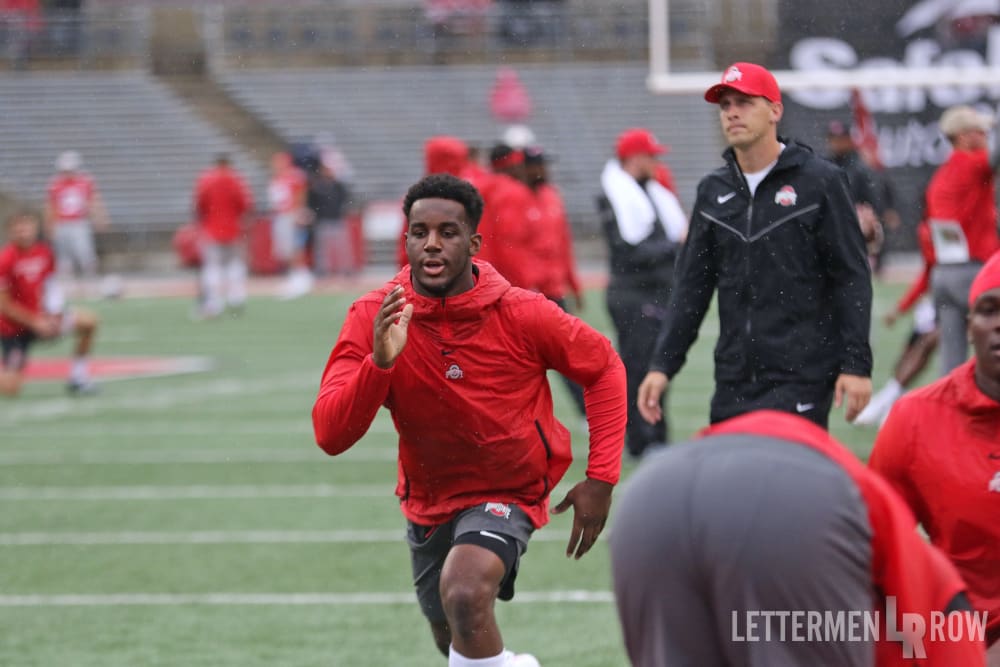 Ohio State linebacker Dallas Gant is turning in an impressive spring with the Buckeyes. (Birm/Lettermen Row)

The speculation, debate and conversations about Ohio State never end, and Lettermen Row is always ready to dive into the discussions. All week long, senior writer Austin Ward will field topics about the Buckeyes submitted by readers and break down anything that’s on the minds of the Best Damn Fans in the Land. Have a question that needs to be tackled, like the one today about an under-the-radar contributor in Dallas Gant? Send it in right here — and check back daily for the answers.

What name is getting the most buzz that fans may not know a lot about…yet? Seems like there’s someone every year who pops up out of nowhere

Thanks to the ridiculous success on the recruiting trail, it can be something of a challenge to truly find an under-the-radar, hidden-gem talent at Ohio State. Even the guys who currently qualify as little-known players with the Buckeyes were mostly four-star prospects before signing with the program, giving them some name recognition even without playing much in their careers.

But if anybody has forgotten about Dallas Gant after his acclimation year as a freshman, it’s time to get familiar with the Toledo native again. The competition at linebacker is certainly fierce, it’s hard to get a read on exactly how the rotation is going to work for the Silver Bullets and there may still be more dues-paying to be done on special teams first. But there might not be any player who is consistently drawing as much praise as Gant, and that’s really a carryover from the practices ahead of the Rose Bowl when the expectations were starting to grow for his future with Ohio State.

“Man, that guy, he’s done all the little things,” linebackers coach Al Washington said. “In our culture … special teams is huge. A lot of times it’s a rite of passage for a young player. Dallas Gant, man, he’s taken that and run with it. He’s done a great job with that and in his role at linebacker.

“You watch the tape and he shows up. He’s competing. Every day he’s getting better, and we’re really excited about him. He’s done a great job.” 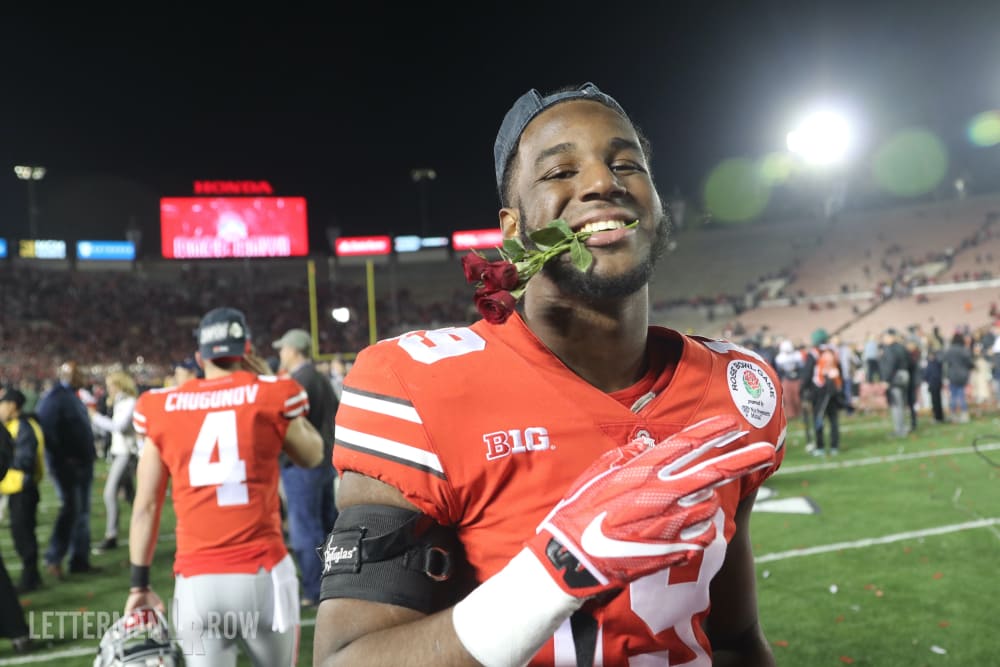 Gant isn’t alone, of course. And he’s also not the only young linebacker turning heads, as that unit has gone from embattled to potentially one of the deepest and most talented at Ohio State. Teradja Mitchell is making a real push for playing time as well, and no conversation about future stars for the Buckeyes is complete without his name in it. But the buzz about Mitchell has been growing for a while now, while Gant seemed to fade a bit after initially making a positive mark as an early enrollee a year ago.

Officially credited with six tackles during his freshman campaign, Gant was able to get his feet wet right away with the Buckeyes even if just in small doses. And that taste of experience combined with now a full year in the program appears to be really paying off as Gant shows signs of zipping through the learning curve heading into the last week of spring camp.

“I’m just playing violent and as fast as I can,” Gant said. “Everything isn’t going to be perfect, obviously. I don’t have the defense all the way down, nobody does with the new defense. But I’m just playing hard, playing fast and playing with passion.

Predicting exactly what that outcome will be is still hard to do at this early stage. But as often as Dallas Gant is hearing his name called this spring, it’s a good sign that he’ll be involved in some capacity by the fall.

Continue Reading
You may also like...
Related Topics:Featured, Dallas Gant