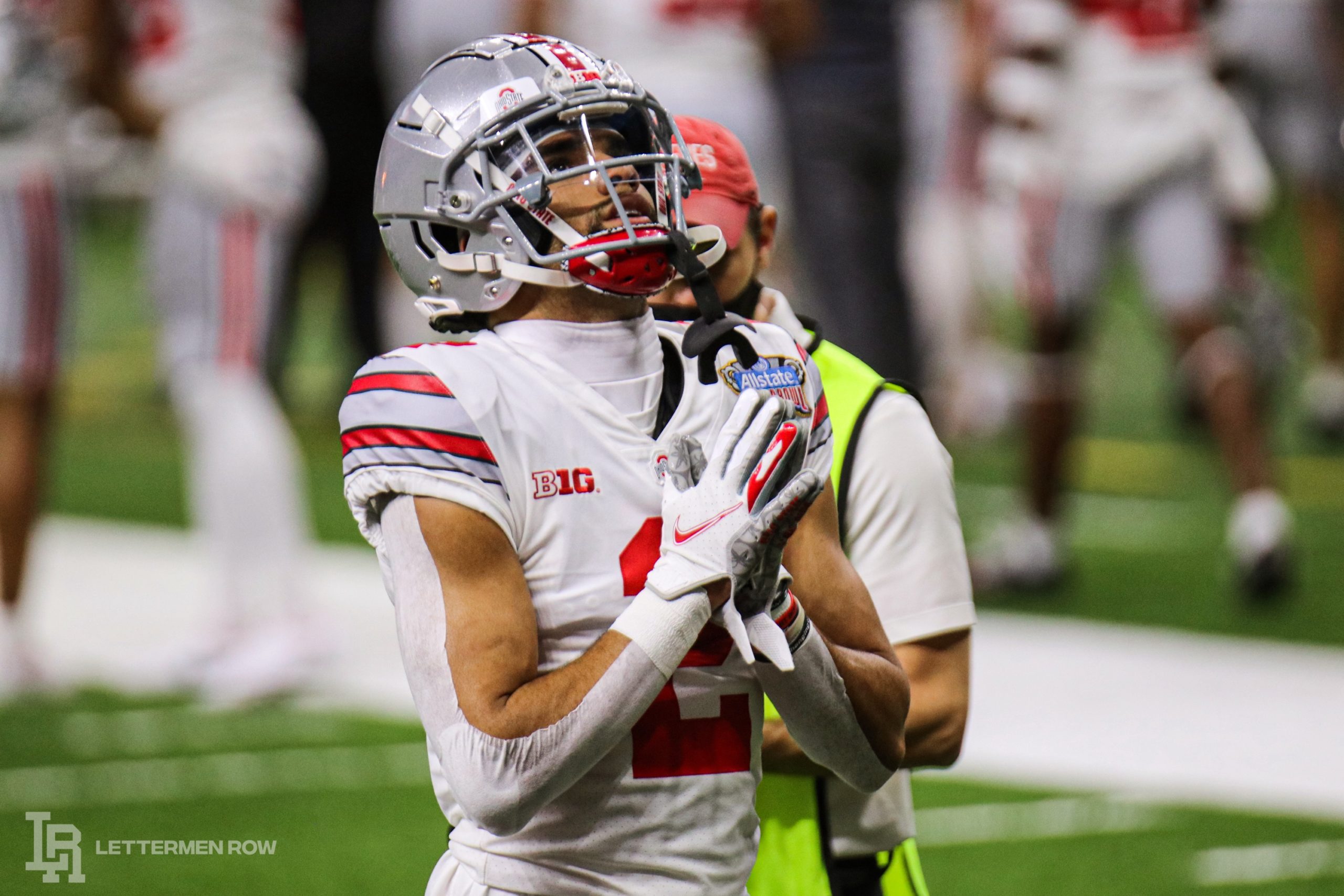 NEW ORLEANS — The Ohio State 49-28 win over Clemson on Friday night will go down as one of the most cathartic in program history.

After a year full of heartbreak, uncertainty and confusion, Ryan Day’s Buckeyes shed tears of joy and permitted themselves — finally — to take a breath. Clemson has been vanquished, last season’s devastating ending has been righted and the Buckeyes are one win away from the most improbable national title in the history of the sport.

And without the Buckeyes fight, none of it would be possible. 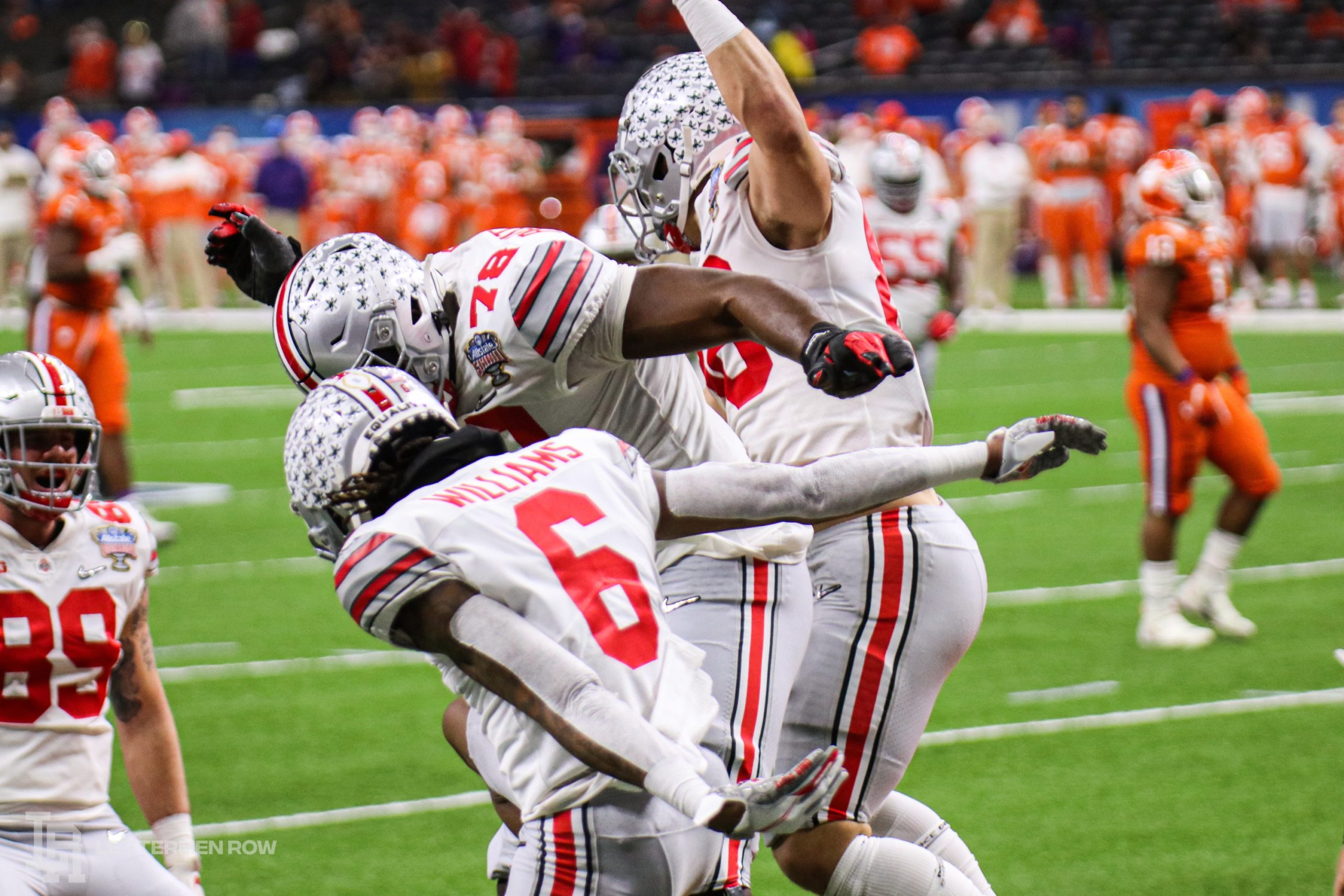 Ohio State fought tooth and nail for a chance to play this season, all the while being laughed at by national media talking heads for doing so. They spent week after week not knowing if there would be a game, or knowing who would be available to play if there was. Despite dealing with dozens of unavailable players week in and week out since the middle of November, the Buckeyes made no excuses. They didn’t know if they’d get to play in the Big Ten championship game, by no fault of their own, and were being dismissed as a true contender against Clemson by the very people who laughed off their desire to compete this season.

But in a year of battling, a year of fighting, the greatest example of the Buckeyes fight came Friday in New Orleans. It came from Justin Fields, it came from Wyatt Davis and Matthew Jones and it came, as always, from Jonathon Cooper, Justin Hilliard, Haskell Garrett and Tyreke Smith, who harassed Trevor Lawrence every time he dropped back to pass and who shut down the country’s most dynamic running back for the second straight time.

Ohio State fought for itself. The Buckeyes fought for each other. Yes, they also fought for the people at home watching. This past year didn’t just affect Day and his team, and he knows what it means for the people of Ohio to see redemption come to fruition.

“I think this performance, not only by Justin, but this team, hopefully will go down in Ohio State history as a landmark game,” Day said. “Because we want to go on to win the national championship, but there [were] a lot of tough days —  a lot of tough days over the last six months. And this team stuck together. And the people of Ohio and Buckeye Nation and all the people who love the Buckeyes, I hope they were able to at least watch the game tonight and get away from what a crazy year this has been and celebrate this game with us, because that’s a huge part of why we do what we do, even though we haven’t been able to see them.

“Maybe there’s some young kids out there who want to be like Justin Fields and Chris Olave and Tuf Borland and Jonathan Cooper. And that’s what this thing is all about.” 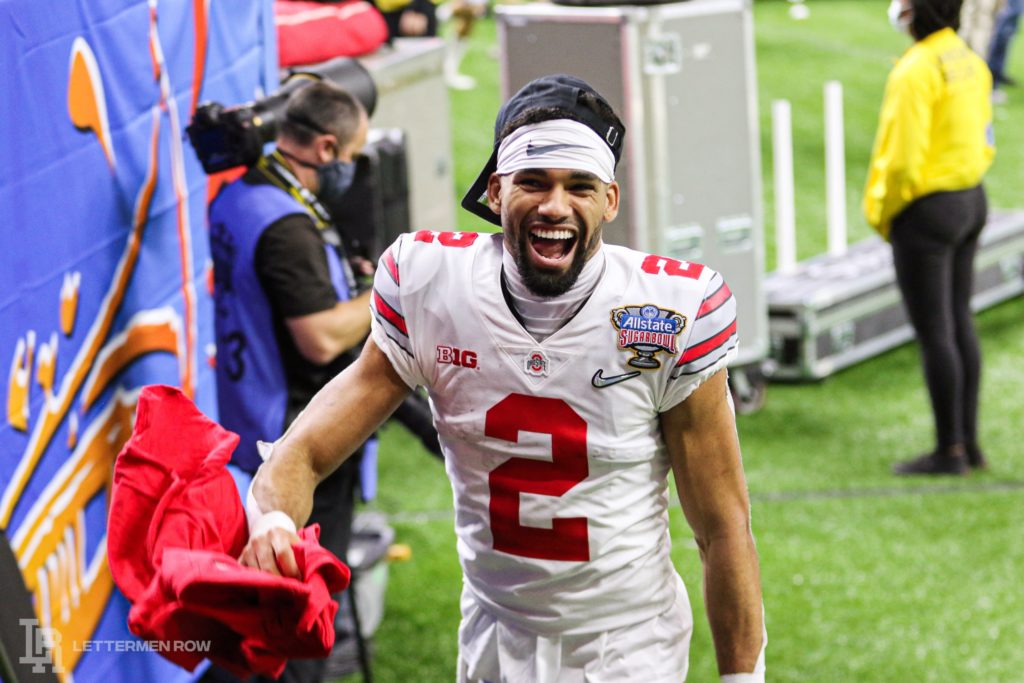 Chris Olave spent the last year beating himself up because of a miscommunication between he and Fields in the Fiesta Bowl to Clemson. A year ago, he walked off the field in Arizona, head slumped and crying. Friday, he ran off the the Superdome turf grinning like a lunatic from ear-to-ear.

This was no normal win. This was different. This was the Buckeyes at their best when the coach on the other sideline didn’t think they belonged in the game to begin with, as though they aren’t objectively a top-three program in college football.

“Everybody doubting us just pushed us a little more,” Justin Fields said. “Like I said earlier in the week, I prepared for this game like I’ve never prepared for a game before. So I think that showed on the field. And I’m just proud of my brothers, proud of my teammates, and proud of the way they played.”

College football, especially for Ohio State, doesn’t allow for too much celebration. The success of Friday night is already being replaced by preparation for Alabama. But for the Buckeyes and anybody around the program, they should take an extra day or two to reflect on just how important, how utterly soul-cleansing Jan. 1, 2021 was. If there was ever a must-win for the Buckeyes, this was it.

“To come full circle against a great team in Clemson, to come back and win after last year, with all the trials and tribulations we’ve been through in the last 12 months, [I] just couldn’t be happier for this team,” Day said. “Showed so much character. I got to tell you, it was hard, and this team really showed what they’re made of, and it was fun to be out there tonight.

“After last year, we wanted to come back and have an opportunity to play in the [College Football Playoff] and then go on to have a chance to win the national championship. And that’s where we’re at right now. Because of the way it all played out, because it was Clemson, you know, just like we played them last year, I think that had a lot of added flavor to it. And a lot of guys left that field feeling like they let one get away. In life you don’t typically get an opportunity to get a second chance, but you can’t miss the second time. So I don’t know what we’re more excited about, the fact that we have a chance to play for a national championship or the fact that we avenged that loss.”

The toughest task for this particular group of Buckeyes — at least on the field — is now ten days away.

After everything it has been through in the last year, there’s no reason to think Ohio State won’t be ready for the fight.