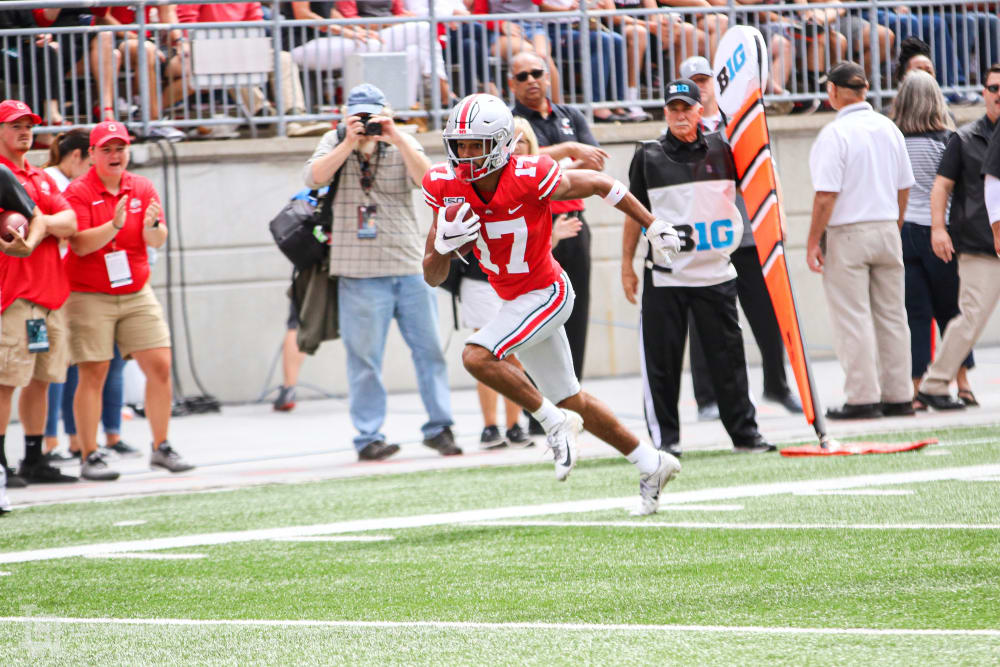 The speculation, debate and conversations about Ohio State never end, and Lettermen Row is always ready to dive into the discussions. All week long, senior writer Austin Ward will field topics about the Buckeyes submitted by readers and break down anything that’s on the minds of the Best Damn Fans in the Land. Have a question that needs to be tackled, like the one today about the Ohio State and the defensive staff? Send it in right here — and check back daily for the answers.

Which player is the leader of Zone 6?

Even with the loss of three seniors from last year’s record-breaking passing game, the Buckeyes are loaded at wide receiver again this season. K.J. Hill, Austin Mack and Binjimen Victor are all seniors who could be considered the leader. Hill and fellow receiver C.J. Saunders, who hasn’t played yet this season, are captains on the team.

Those four may be the leaders in the locker room. But it’s hard to look at the stats sheet through three games and not point to Chris Olave as the leader of the Ohio State wide receiving room.

Olave’s numbers speak for themselves: 10 catches, 198 yards and two touchdowns. Oh, and a blocked punt that yielded two points for the Buckeyes against Indiana. Since he exploded for a pair of touchdowns and a blocked punt against Michigan last November, Olave has become as reliable as they come for Ohio State.

“Well, certainly the last six games he’s had, his production has been off the charts,” Ohio State coach Ryan Day said. “But that’s the way he practices. When you go back through and watch the film over the last few weeks, he’s practicing that way. This is a guy who is highly productive for a reason, because that’s the way he works.

“He knows what he’s doing when he’s out there. He takes the job very serious, and he practices really, really hard.” 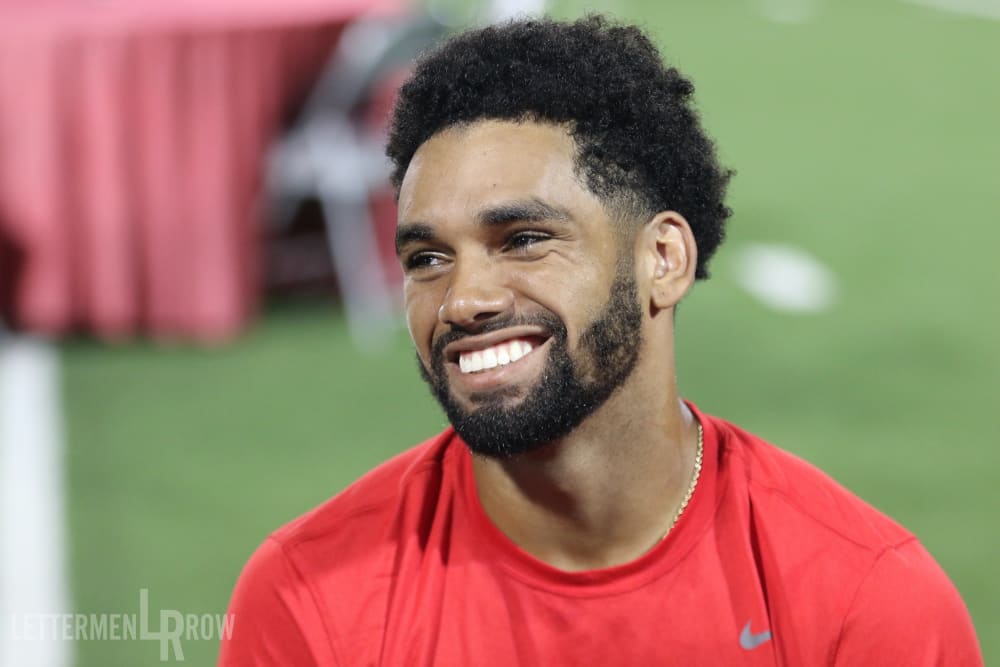 Ohio State wide receiver Chris Olave is blossoming into a star for the Buckeyes. (Birm/Lettermen Row)

That has shown. Including the breakout game against Michigan, Olave has five touchdown grabs in his last six games. He has two blocked punts in his last six games, as well. And he’s developing a rapport with quarterback Justin Fields that seems to be working out pretty well. Fields hit Olave in stride with a perfect pass in the season opener for a touchdown. The duo hooked up again against Indiana.

And it should have happened again. Olave was wide open on a deep route in the Indiana game, but Fields threw it just out of Olave’s reach. If Olave would have hauled that in, he could have claimed his first career 100-yard receiving game. That’s something that seemingly will happen sooner rather than later.

Whether it’s on special teams or catching touchdowns or even stalk blocking for a run play, Olave has emerged as a go-to option for Fields, the offense, the specialists and the coaching staff. His Swiss Army Knife-style is just part of his game.

“I just do whatever’s best for the team,” Olave said. “We have three seniors that are capable of [making plays], and Garrett Wilson, Jaylen Harris, a room full of receivers who are able to be that guy. We just try to do what’s best for the team and hopefully get a win.”

Zone 6 needed a versatile playmaker when Terry McLaurin moved on to the NFL after last season, and Olave has stepped into that role nicely. As long as Olave continues to improve and make the plays he has made in his short time, the Buckeyes figure to keep winning. And the importance of Chris Olave to Ohio State’s success will only grow.